Nurturing the Remarkable Energy of History

Mark Philip Bradley (Univ. of Chicago) takes the helm of the American Historical Review during a transformative time for the journal. In addition to its recent shift to a quarterly publishing schedule, the journal will feature a new cover and design aesthetic starting in 2022—its first design update in 50 years. When his appointment was announced in July 2020, the then AHA president Mary Lindemann expressed her confidence that Bradley “will meet the challenge of guiding the AHR in its mission to rethink the value of history today and for the future, while continuing to advance the journal’s goal of welcoming all historical fields and perspectives.” 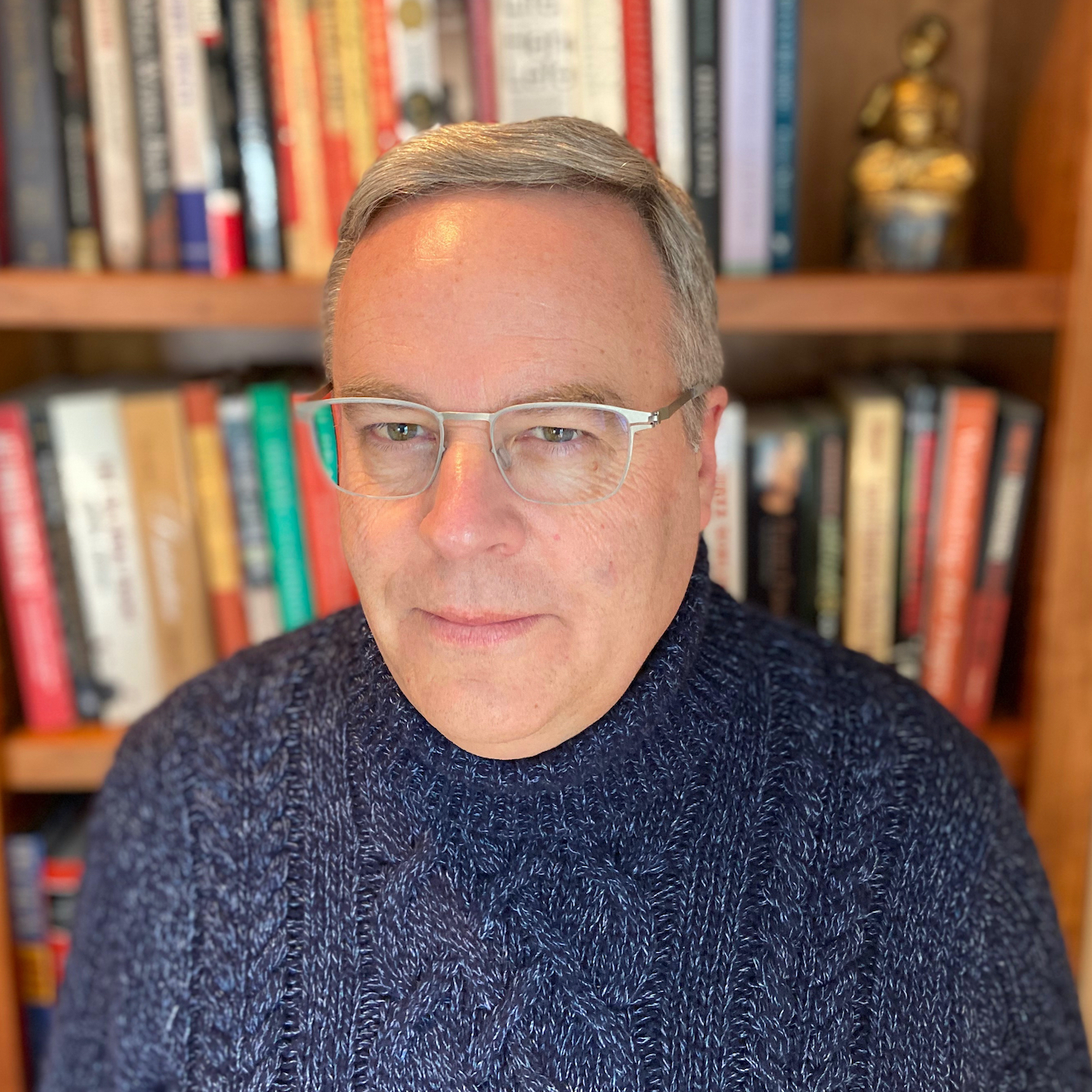 Mark Philip Bradley began a five-year term as editor of the AHR in August 2021. Ilsa Bradley

Bradley is the Bernadotte E. Schmitt Distinguished Service Professor of International History at the University of Chicago, where he also serves as deputy dean of the Social Sciences Division and the faculty director of the Pozen Family Center for Human Rights. A historian of 20th-century US international history, postcolonial Southeast Asia, and human rights, he earned his PhD in history from Harvard University in 1995. In addition to numerous journal articles, he is the author of The World Reimagined: Americans and Human Rights in the Twentieth Century (Cambridge Univ. Press, 2016), Vietnam at War (Oxford Univ. Press, 2009), and the prizewinning Imagining Vietnam and America: The Making of Postcolonial Vietnam, 1919–1950 (Univ. of North Carolina Press, 2000). He is currently working on a history of the Global South supported by a John Simon Guggenheim Memorial Fellowship. The four-volume Cambridge History of America and the World, for which he serves as general editor, will be published this fall. He will remain in Chicago during his editorship, while journal operations will continue at Indiana University Bloomington.

Bradley’s five-year term as editor began on August 1, 2021. Over the summer, Perspectives connected with Bradley to discuss his earliest interest in history, plans for the AHR, and his love of fiction.

It goes back pretty far and largely has to do with my parents. Both were teachers—my dad was interested in the politics of newly decolonizing states, and my mom taught writing and literature, with a side interest in contemporary art. Their teaching careers took us around the world, and until I was about 10 years old, I spent as much time in Kuala Lumpur, Singapore, Phnom Penh, Saigon, Jakarta, Rangoon, Sydney, and London as I did in the United States. Even though I was young, those experiences really stuck with me. There was a lot of history being made in Southeast Asia in those years! When I went to college, majoring in history felt inevitable. And I never looked back.

What excites you the most about assuming the editorship of the AHR?

This is a remarkable moment for history in the public life of the United States and around the world. I can’t think of a time in the recent past when history and historians have been so present in the most pressing debates of the moment, whether it be the legacies of imperialism and slavery, what it means to be a democracy, the nature of inequality and the place of structural racism in it, LGBTQ+ rights, or the future of the biosphere. At the same time, the history discipline has opened up to exciting and innovative methods, approaches, and topics that are bringing new vigor and relevance to our work. And perhaps most importantly, the number of those who see the importance of doing the work of history in and out of the academy continues to expand. One of our challenges at the AHR, and a great one to have, will be harnessing these diverse perspectives in ways that nurture and further develop the remarkable energy of history as a discipline in the 21st century.

The AHR is getting its first design update in 50 years. What prompted that, and what can readers expect from the redesign?

The journal took its current form way back in February 1971. Fifty years on feels like a good moment to undertake a transformation of how it looks and reads. Historians of material and visual culture will appreciate how important design can be and the ways in which form and content are necessarily intertwined. Our goals with this project are ambitious. The aim is to position the AHR as the most visually arresting scholarly journal in the world. We want to do so in a way that signals our commitment to open up the pages of the journal to a diverse and inclusive set of scholars and readers and to reflect the plurality of spatial, chronological, conceptual, and methodological approaches that shape contemporary historical practice. We have a wonderful partner in this process, Pure+Applied. Led by Paul Carlos, P+A is a New York–based design studio that has worked with a variety of publishers, libraries, scholarly organizations, and museums, including the New York Times, the Museum of Modern Art, the Center for Jewish History, and the Library of Congress. Readers should look for an entirely redesigned print and digital journal starting with the March 2022 issue.

I know you’re also rethinking what the “middle of the journal,” the pages between the typical articles and reviews, can do. What do you have planned for that section?

I envision the middle of the journal as a laboratory space to rethink historical content, form, and method. Over the next five years, this section will be driven by a single question: How can the AHR help reimagine the practice of history in the 21st century? That new space will be called the AHR History Lab. We will invite teams of scholars and practitioners to develop projects centered on pressing historical issues that thread over multiple issues of the journal and make substantial interventions into research and teaching, while at the same time speak to expansive audiences. These spaces of experimentation are intended to open up the pages of the journal, and the discipline, to the diverse work of practicing historians today.

I can't think of a time in the recent past when history and historians have been so present in the most pressing debates of the moment.

I imagine this space not so much as a conversation about what we might do as historians but rather as a showcase of the work historians and historical practitioners do when they operate beyond the conventional boundaries of the discipline. Collectively, the projects will engage with faculty, K–12 teachers, and practitioners outside the academy, including museum curators, filmmakers, writers and poets, musicians and composers, archivists, visual artists, photographers, and architects. To get the lab started, I am talking to a variety of potential teams about topics including monuments and engaged history, artificial intelligence and machine learning, the history of smell, exhibitions and performances with historical resonance, and the place of the AHR in the construction of public discourse on race. At some point in 2022, we will also open a call encouraging teams to pitch lab projects.

How do you see the role of the AHR changing in coming years?

In many ways, these new initiatives build on existing strengths. The AHR has long been the most widely read and influential journal in the discipline. Much of that visibility comes from the analytical power of the prizewinning articles that appear in its pages. I want to maintain that kind of impact as we move forward, but I also want to further deepen and thicken the spatial, temporal, and methodological reach of the articles we publish.

To help us do so, the AHA Council recently agreed to add five new slots to the AHR’s Board of Editors. I am delighted that we are adding representation for early Africa, Southeast Asia, and digital history—all firsts for the board. We are holding back two additional slots for a year or so to strategically gauge the uses we want to make of them. The AHR is fortunate to have an excellent group of continuing and new board members who are at the center of the rigorous peer-review process for our articles.

I imagine this space as a showcase of the work historians and practitioners do when they operate beyond the conventional boundaries of the discipline.

When you’re not editing, teaching, or writing, what do you do for fun? Any hobbies or hidden talents that Perspectives readers should know about?

I like to bike, and I like to garden. I am also a big fiction reader. I just finished Viet Thanh Nguyen’s great new novel, The Committed, a follow-up to his Pulitzer Prize winner, The Sympathizer. It opens up a diasporic perspective on the afterlives of the Vietnam wars, reshaping how we think about empire and its epigones. I’ve got to figure out a way to get him involved in the AHR History Lab!

This interview has been edited for length and clarity. 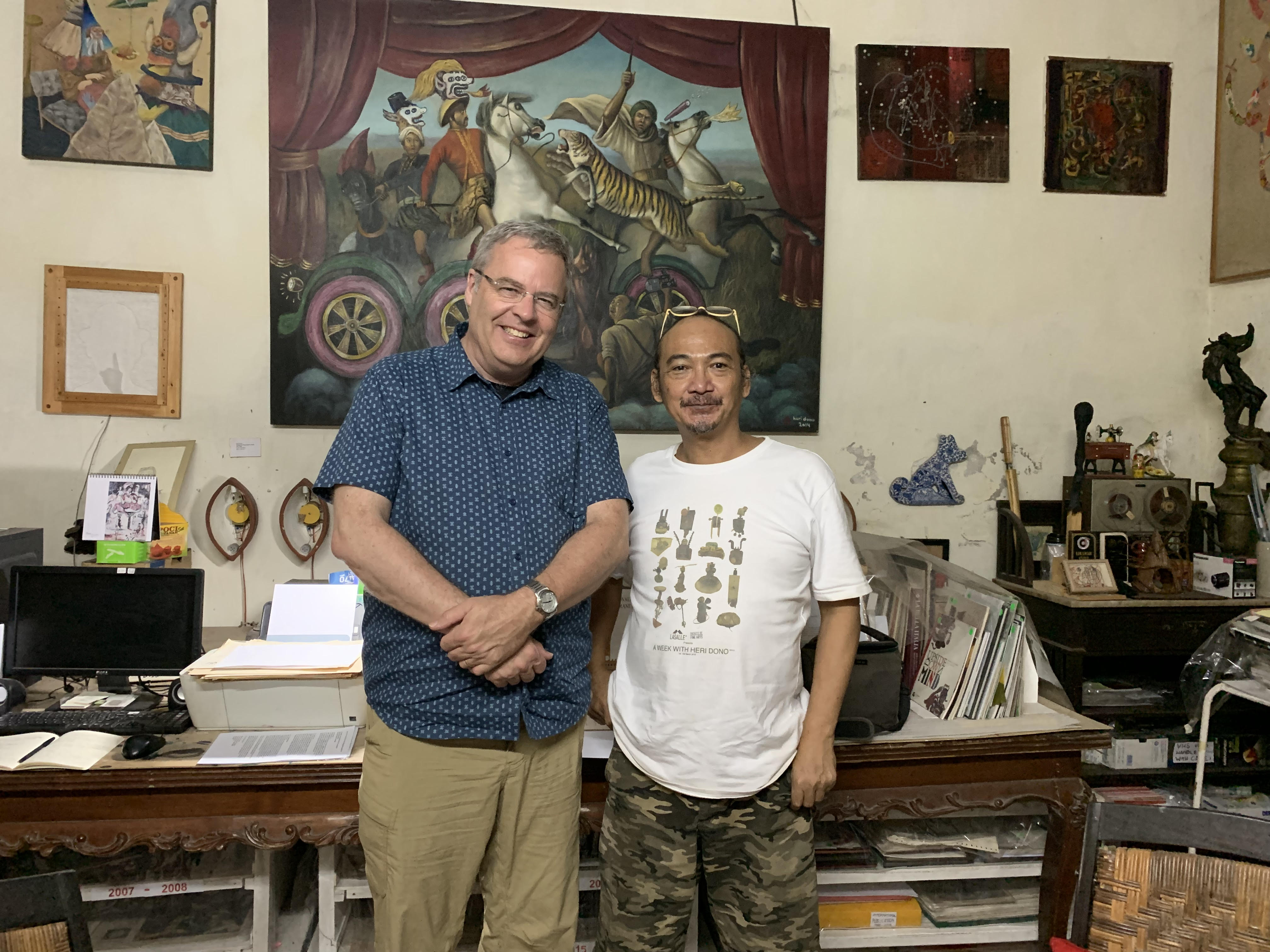 Ashley E. Bowen is editor of Perspectives on History. She tweets @AEBowenPhD.