Finding Your People during Graduate School

We began bowling together during our first semester of coursework. We had met in class and discovered we shared a lot in common. We had earned similar degrees before beginning our doctoral program at the University of Utah, and we were interested in the same academic conversations. We even applied for the same part-time job. Somehow, we both got it. If only the academic and other job markets we now face worked the same. 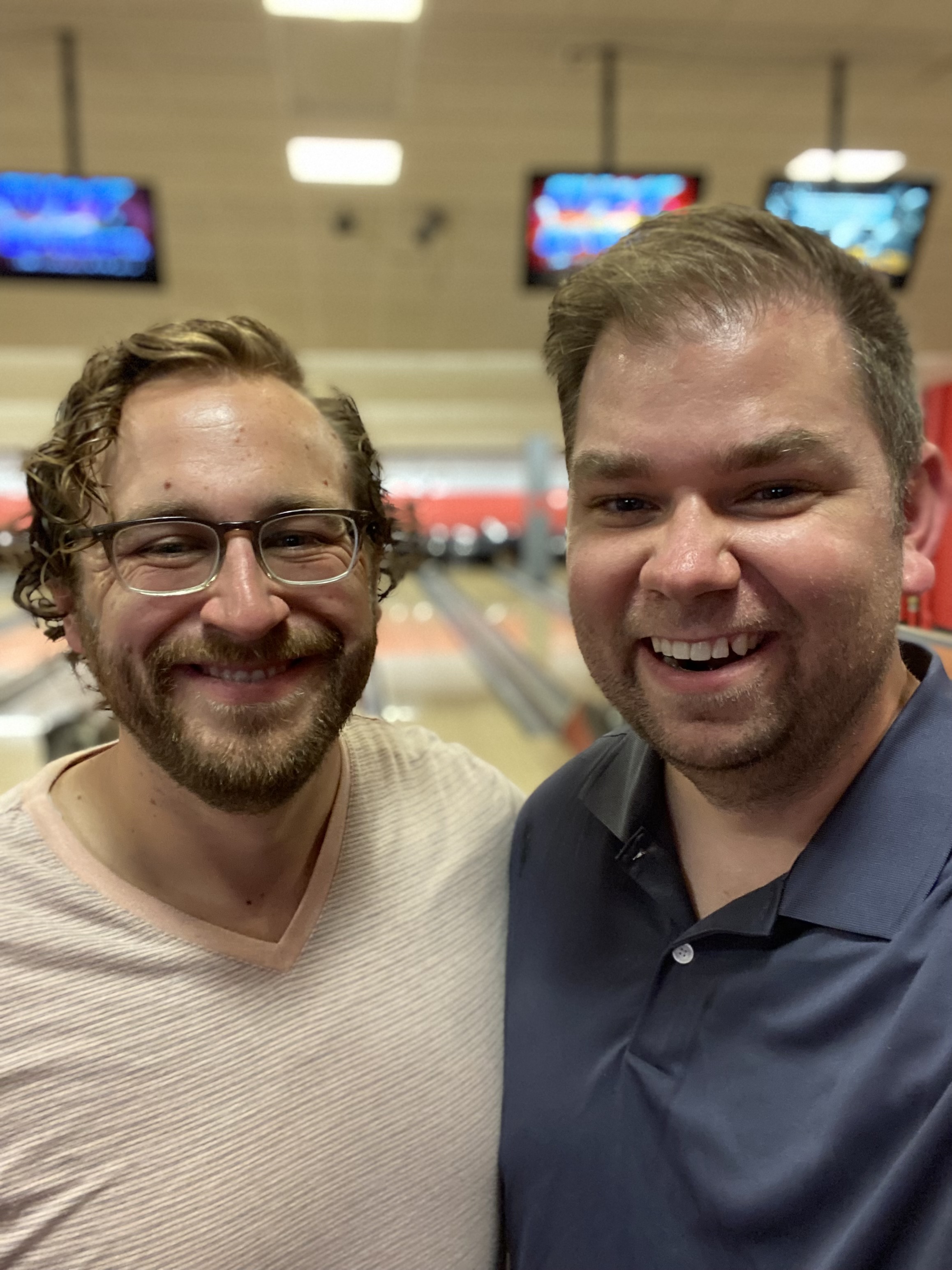 We discovered that we could bowl on Tuesday mornings for a dollar a game—a deal even a graduate student can afford. We met at the bowling alley every week and invited anyone who wanted to join. We discussed books and family and college football and a million other things, sharing our experiences in our graduate program. We got over the unspoken competition inherent in a graduate program and opened up to each other about our struggles, wishes, and hopes.

Bowling together rather than “bowling alone,” as the sociologist Robert Putnam titled his book about American loneliness, helped us build friendships and community. Rather than a book club of people who showed up to discuss historiography once a week, suddenly graduate school felt like being on a team. That ability to build community, to find friendships, to see people who might share interests is itself a privilege—and we have done our best to expand our group. Sometimes, we even scored above 200 pins.

Suddenly graduate school felt like being on a team.

Life, for us, also existed outside of our program. We started meeting off-campus with nonacademics as a part of a dinner group. We found commonalities outside of history and we laughed together at the absurdities of graduate school. We began sending each other memes and talking about what we’d like to do to be better scholars. Joseph wanted to develop administrative experience and network. Jeff wanted to build his digital humanities chops and explore public history. We applied to lots of things and got rejected our fair share of times.

But we also succeeded, often together or in the wake of each other’s efforts. That job we were both offered took us into grant development and management. We restarted an old practice in our department of teaching a class of our own design, Joseph’s on race and religion and Jeff’s on immigration. Jeff worked with the AHA in its Career Diversity initiative one year, and Joseph the following two. Joseph started a research seminar and Jeff received a digital humanities fellowship. Importantly, no one was more thrilled for our successes than each other. We became each other’s hype people—which we think every graduate student should have. (If you need such a service, we’re happy to hype your successes and be with you in your sorrows via Twitter.) Success, we think, is a communal enterprise.

Others modeled this inclusivity for us: fellow students, professors, and staff. We learned from folks at our own institution, as well as groups across the United States and Canada, how to be a good colleague and friend, and how valuable those colleagues and friends could be. It’s also amazing what Twitter, Facebook groups, and conference dinners can do to build your confidence. We don’t need to stake out our research or wall ourselves off from others for the goal of ranking higher than someone else. We need long tables filled with smart people all doing their best, rather than high fences keeping us from seeing the best in each other.

Everyone in graduate school is smart, but not everyone is kind. It’s not always easy to be kind when academia rewards production and a critical approach to scholarship. With some people we had to learn to set boundaries for our well-being. But the kind ones opened doors for us, became part of our networks, and undergirded our well-being in the face of institutional pressures and setbacks and failures. We hope to embody this ethos. For us, the best of graduate school has been our experience of finding people, seeing each other, and better knowing ourselves.

Everyone in graduate school is smart, but not everyone is kind.

We knew that we would be graduating from the same PhD program, with similar topics and with similar access to experiences that would boost our respective CVs. We worked with the same professors and took the same classes. At the end of the day, though, we know that we would have never made it this far in our graduate programs without friends. Students, advisers, and administrators would do well to invest in creating conditions that will foster community building and friendship. In a culture of competition, that might look like teaching students to author grants and fellowship applications, ensuring equal funding opportunities to students, modeling spaces of collaboration and mutual well-being, and showing how a department should be a community that works collaboratively, rather than employees who use the same copier.

It’s also important to note that difficulties, beyond academic rejection, brought us together, too. Bowling, it turns out, doesn’t cure everything. Graduate school heaps stress on individuals and personal relationships. In different ways, we helped each other through long periods of stress. We pushed each other to go to therapy. We told each other that the other deserved to be happy, even if the person saying that didn’t believe it about themself.

We weren’t just friends anymore. In many ways, we became brothers. We could sit in silence while one person read or worked and the other did the same. We could walk and talk and listen together with only our work as the destination, some indeterminate time in the future. Sometimes we didn’t see each other for a while, or it would take a few weeks to respond to texts. But the memes kept coming. And then, when one person was ready to talk, we would pick up like nothing changed.

It’s funny, looking back, that we have been in sync for so long. At our respective ends of graduate school, we now face a process that individualizes our efforts and judges us apart—as separate bowlers in separate alleys. We’re not sure what our relationship will look like after we move on from school. Relationships, though, can last longer than graduate programs. Wherever we settle, we’ll continue to send memes, meet at conferences, and maybe create new ways of bowling together.