In a telling scene from the 2008 Pixar film WALL-E, the newly arrived EVE robot discovers a singing fish on the wall of the titular robot’s home, representing a fallen civilization. Viewers knew exactly the time period the fish referenced. That fish was Big Mouth Billy Bass, a novelty toy turned cultural phenomenon that reached its peak frenzy during the 2000 holiday shopping season. Armed with a motion sensor, the animatronic largemouth bass could turn its head and sing “Take Me to the River” or “Don’t Worry, Be Happy” to startled passersby. Billy Bass became so popular that Queen Elizabeth II of the United Kingdom reportedly kept one on a grand piano. 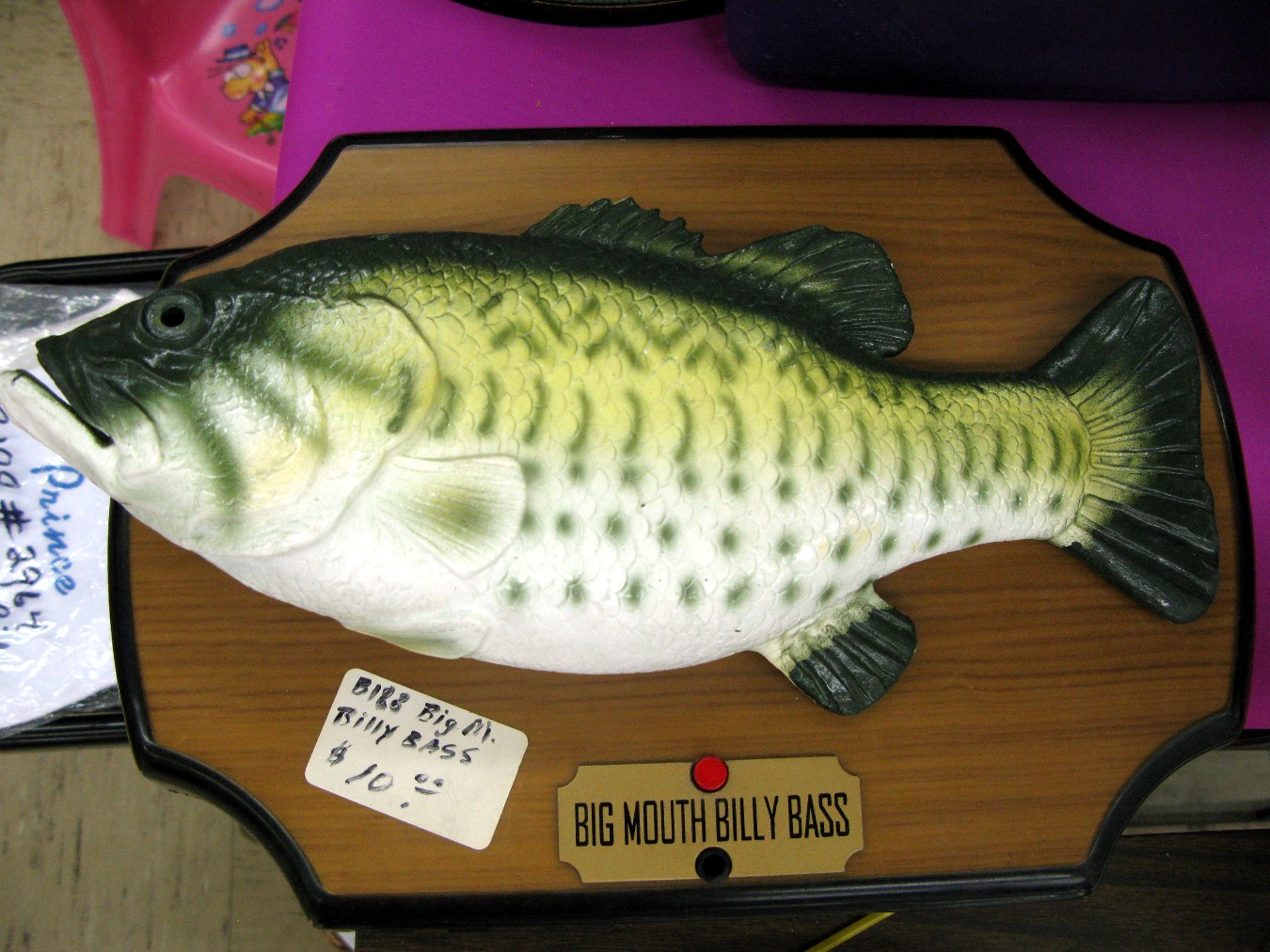 On first glance, Billy Bass might be considered mere kitsch, but dismissing this singing fish would ignore some critical linkages between culture and environment. To understand Billy’s unique cultural resonance, we need to dig deeper into the historical processes that enabled Billy’s flesh-and-blood counterparts to become the most popular sport fish in the United States.

In 1881, James Henshall published Book of the Black Bass to spur interest in bass fishing and worked to propagate the fish across the nation. Bass gained popularity with recreational anglers and secured legal protections in turn. As early as 1926, amid outcry from anglers about commercial fishermen depleting bass stocks for consumer markets, Congress passed federal laws that effectively rendered the black bass a recreational species.

Large-scale human changes to American environments also helped bass prosper. When the United States entered a wave of dam and reservoir building beginning in the 1930s for hydroelectricity and flood control, bass gained millions of acres of aquatic habitat. Reservoir managers eagerly stocked lakes with bass, a resilient and adaptable species that took well to the new ecosystems. These waterways, combined with increased leisure time and the development of new fishing technologies, such as novice-friendly spin-casting fishing reels, helped make bass the most popular recreational species in the country.

When toy designer Joe Pellettieri decided to create a singing fish, he chose bass because they had held the title of the most popular recreational species in the nation for decades. To ensure that Billy would look the part, Pellettieri consulted a taxidermist. Bass Pro Shops, a popular retailer of fishing and hunting gear, and Cracker Barrel, a restaurant chain of southern cooking and country-themed gift stores, sold the new Billy Basses several months before Walmart, Target, and other general retailers stocked them.

Thus, the first people to buy and receive Billy Basses did so because it was already a familiar fish for them. They might have displayed taxidermied fish in their homes and offices. While a mounted fish serves as a trophy, Billy Bass first served as a signifier of a group’s ability to poke fun at itself, with the appeal coming from their affection for the species. Billy Bass remains funny because it is a singing fish, but its success had much to do with the fact that it is very specifically a bass fish. Yet Billy was much more than just rubber skin, plastic skeleton, recorded songs, and motor movement—it represented cultural and environmental histories that stretched back more than a century.

Sherri Sheu is a PhD candidate at the University of Colorado Boulder and an at-large member of the AHA Council.