Victor M. Uribe-Uran is a professor of history and law and chair of the history department at Florida International University. He lives in Miami, Florida, and has been a member since the early 1990s. 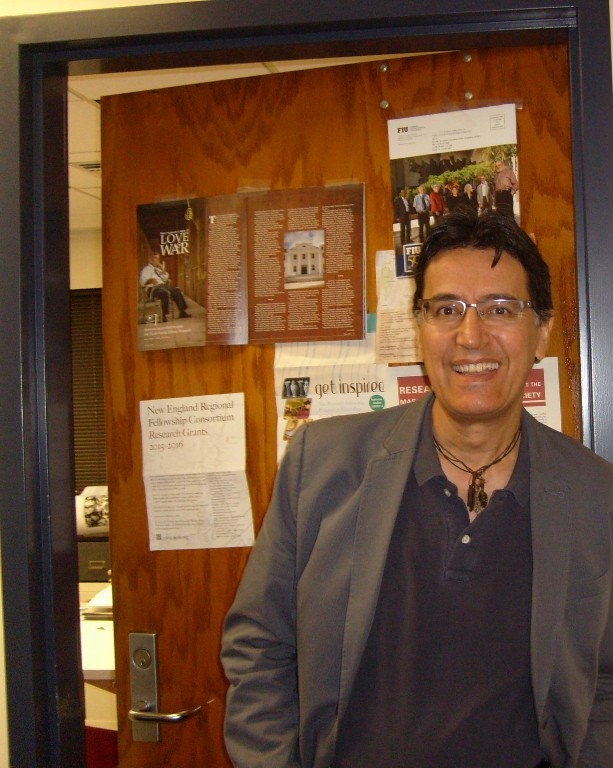 I practiced poverty law in Colombia between 1982 and 1985. Little by little, I became interested in understanding better the connections between law, lawyers, politics, and social change. I received a Fulbright fellowship to do graduate work in the US and initially decided to study political science with a concentration in jurisprudence or legal philosophy. Gradually, I decided to do more down-to-earth research and chose a historical approach to the various issues I was intrigued about. Initially, I completed a study of lawyers, family, and politics in Colombia during the Age of Revolution. Later, I developed research on the history of domestic violence and completed another major book on the history of spousal murder and punishment in Mexico, Colombia, and Spain in late colonial times. Throughout, I have also published studies on the history of constitutional law, the history of justice, and political history more generally with emphasis on aspects related to the formation of the public sphere of civil society.

I love Miami's weather, landscape, and the multicultural outlook of its society. I also enjoyed its proximity, physical and otherwise, to Latin America. I have enjoyed working for Florida International University, a large public research institution with a highly diverse student body made up of a considerable generation of students first to attend college in their families. I appreciate, as well, the diversity and high quality of FIU's faculty and the immensely supportive character of the university's leadership.

A book on the early constitutional history of Colombia; an edited volume on the state of the art in Latin American legal history; two micro-historical studies on domestic violence, law, and punishment in colonial Mexico and early 19th-century Cuba respectively.

While I continue to focus on legal history, my research agenda has evolved significantly. I transitioned from research on the legal profession and politics, to research on the history of criminal law, gender, and punishment. I also moved from a case study approach, to comparative historical research. Finally, I am now making an effort to craft narratives that are less social scientific and more, for lack of a better word, literary.

Multiple stories involving domestic violence, two in particular. They consist of large and highly detailed criminal files full of details on social customs, popular culture, and day-to-day encounters among ordinary Latin Americans. They also offered fascinating information on the way social control and the punishment of criminals were approached.

I love the book by Stuart Banner, The Death Penalty: An American History (Harvard, 2002). For Spanish readers I cannot praise enough the marvelous recent book by Irene Vallejo, El Infinito en un Junco: La invencion de los libros en el mundo antiguo (Madrid: Siruela, 2021). The list of historical films I love is long. The most recent one I enjoyed watching was Dance of the 41, a movie that recounts a gender-related elite scandal in early 20th-century Mexico City.

Relative freedom, constant discovery, a permanent drive to creativity, and the fascinating world of archives.