A Snapshot of the Public’s Views on History

The teaching of history has become a political football in recent years, resulting in efforts by those on both ends of the political spectrum to regulate what appears in classrooms across the country. Lost in this legislation, grandstanding, and punditry is how the American public understands the past, a measurement that was last taken systematically by historians Roy Rosenzweig and David Thelen in their 1998 landmark study, The Presence of the Past. For that reason, the AHA and Fairleigh Dickinson University, with funding from the National Endowment for the Humanities, sought to take America’s historical pulse anew and assess the impact of the cultural changes over the intervening two decades.

In the fall of 2020, we conducted a national survey of 1,816 people using online probability panels. With approximately 40 questions, sometimes our poll results surprised us, but other times they confirmed what we had suspected. The following represents a sampling of what we learned, with the full data set available on the AHA website.

First, our respondents had consistent views on what history is—and those views often ran counter to those of practicing historians. Whereas the latter group usually sees the field as one offering explanations about the past, two-thirds of our survey takers considered history to be little more than an assemblage of names, dates, and events. Little wonder, then, that disputes in the public sphere tend to focus on the “what” of history—particularly what parts of history are taught or not in schools—as opposed to how materials can be interpreted to offer better explanations of the past and present. And even though 62 percent of respondents agreed that what we know about the past should change over time, the primary driver for those changes was believed to be new facts coming to light. In sum, poll results show that, in the minds of our nation’s population, raw facts cast a very long shadow over the field of history and any dynamism therein.

Two-thirds of our survey takers considered history to be little more than an assemblage of names, dates, and events.

We also learned that the places the public turned to most often for information about the past were not necessarily the sources it deemed most trustworthy. The top three go-to sources for historical knowledge were all in video format, thus being a microcosm of Americans’ general predilection for consuming information from screens (Fig. 1). More traditional sources, such as museums, nonfiction books, and college courses, filled out the middle to lower ranks of this hierarchy. (Note that respondents were asked to report on their experiences reaching back to January 2019, so these results are not simply artifacts of the pandemic.) Perhaps this helps explain why 90 percent of survey takers felt that one can learn history anywhere, not just in school, and why 73 percent reported that it is easier to learn about the past when it is presented as entertainment. 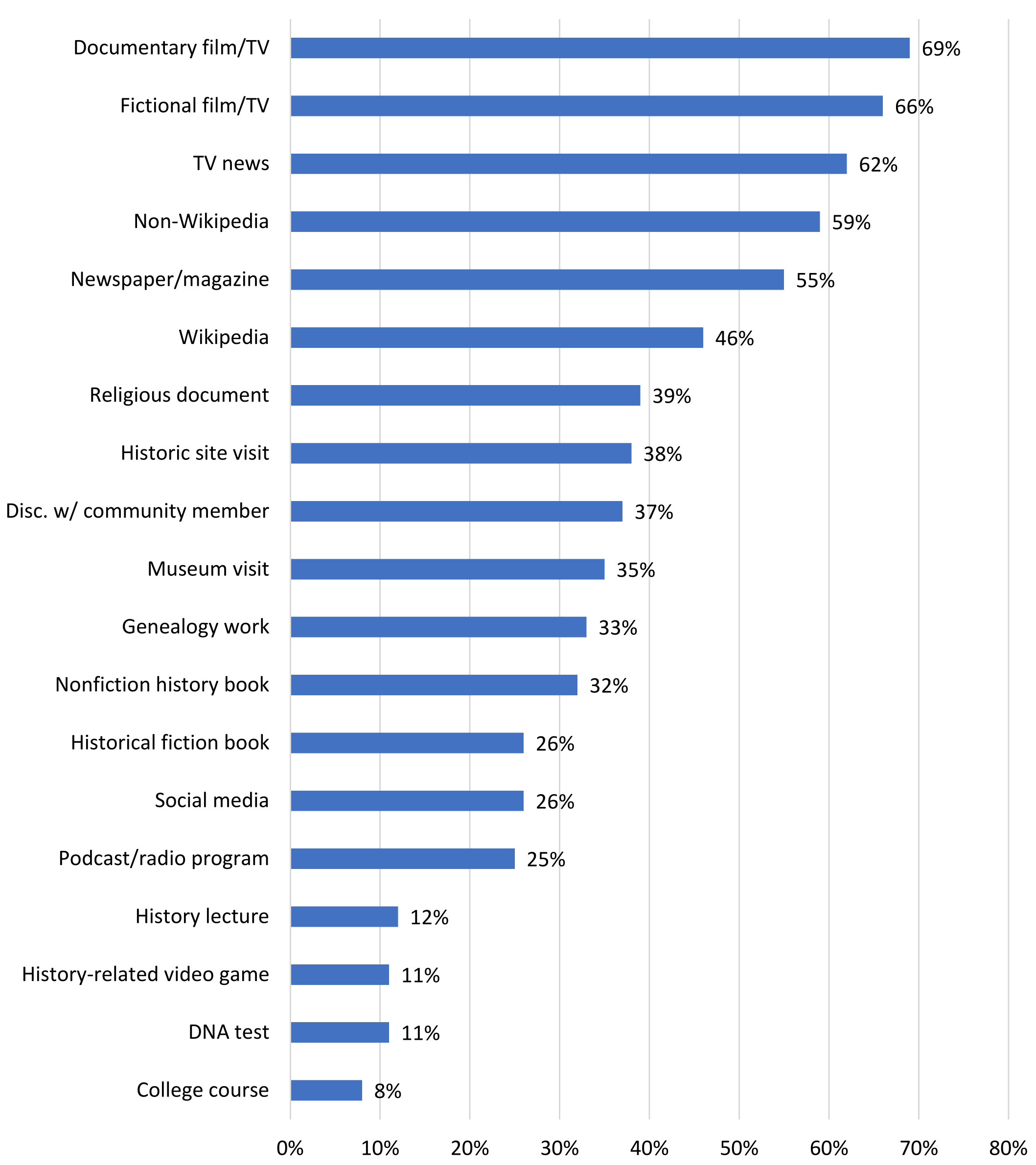 Fig. 1: Percentage of respondents reporting utilization of sources of the past since January 2019. (Ns varied from 1,253 to 143 per response.)

But while the most frequently consulted sources of the past were those within easy reach, views were mixed on their reliability to convey accurate information. Whereas fictional films and television were the second-most-popular sources of history, they ranked near the bottom in terms of trustworthiness. Although museums were of only middling popularity, they took the top spot for historical dependability (similar to the results in Rosenzweig and Thelen’s original study). College history professors garnered a respectable fourth position as reliable informants, even though the nonfiction works they produce, let alone the courses they teach, were infrequently consulted by respondents. Similar inversions occurred for TV news, newspapers and newsmagazines, non-Wikipedia web search results, and DNA tests. Social media, the perennial bête noire of truth aficionados, turned out to be a neither popular nor trusted source of historical information.

Some much-welcome news is that the public sees clear value in the study of history, even relative to other fields. Rather than asking whether respondents thought learning history was important—a costless choice—we asked instead how essential history education is, relative to other fields such as engineering and business. The results were encouraging: 84 percent felt history was just as valuable as the professional programs. Moreover, those results held nearly constant across age groups, genders, education levels, races and ethnicities, political-party affiliations, and regions of the country. Much has been written in Perspectives on History about the dismal history-enrollment picture at colleges and universities. Although we acknowledge that work and even see it manifested in our teaching experiences, our survey results suggest this is not for want of society’s value of understanding the past.

To better understand this apparent appreciation for learning history, despite the decline in college enrollments, we gathered a tremendous amount of data on the public’s experiences with learning history at both the high school and college levels. Society’s predominantly facts-centric understanding of history is perhaps partially explained by our educational findings. At the high school level, over three-fourths of respondents reported that history courses were more about names, dates, and other facts than about asking questions about the past. Despite that, 68 percent said that their high school experiences made them want to learn more history. Even for college courses, 44 percent of respondents indicated a continued emphasis on factual material over inquiry, but this was a turnoff to fewer than one-fifth of them. Not all data were so sanguine. One particularly sobering finding was that 8 percent of respondents had no interest in learning about the past.

Over three-fourths of respondents said it was acceptable to make learners uncomfortable by teaching the harm some people have done to others.

Whether respondents’ classroom experiences emphasized history as facts turns out to be an important leading indicator in people’s interest in the past. Some of our more interesting cross-tabulations correlated respondents’ conceptions of history with their interest in learning about foreign peoples and places (Fig. 2). Only 17 percent of those who viewed history as facts showed great interest in such matters, while double that number of history-as-explanation respondents did. Those trends held steady, though to somewhat lesser degrees, for curiosity about the histories of people perceived as different and about events from over 500 years ago. If wider interests and greater empathy are desired outcomes of history education, then educators might need to rethink the content-mastery versus inquiry environments they foster. 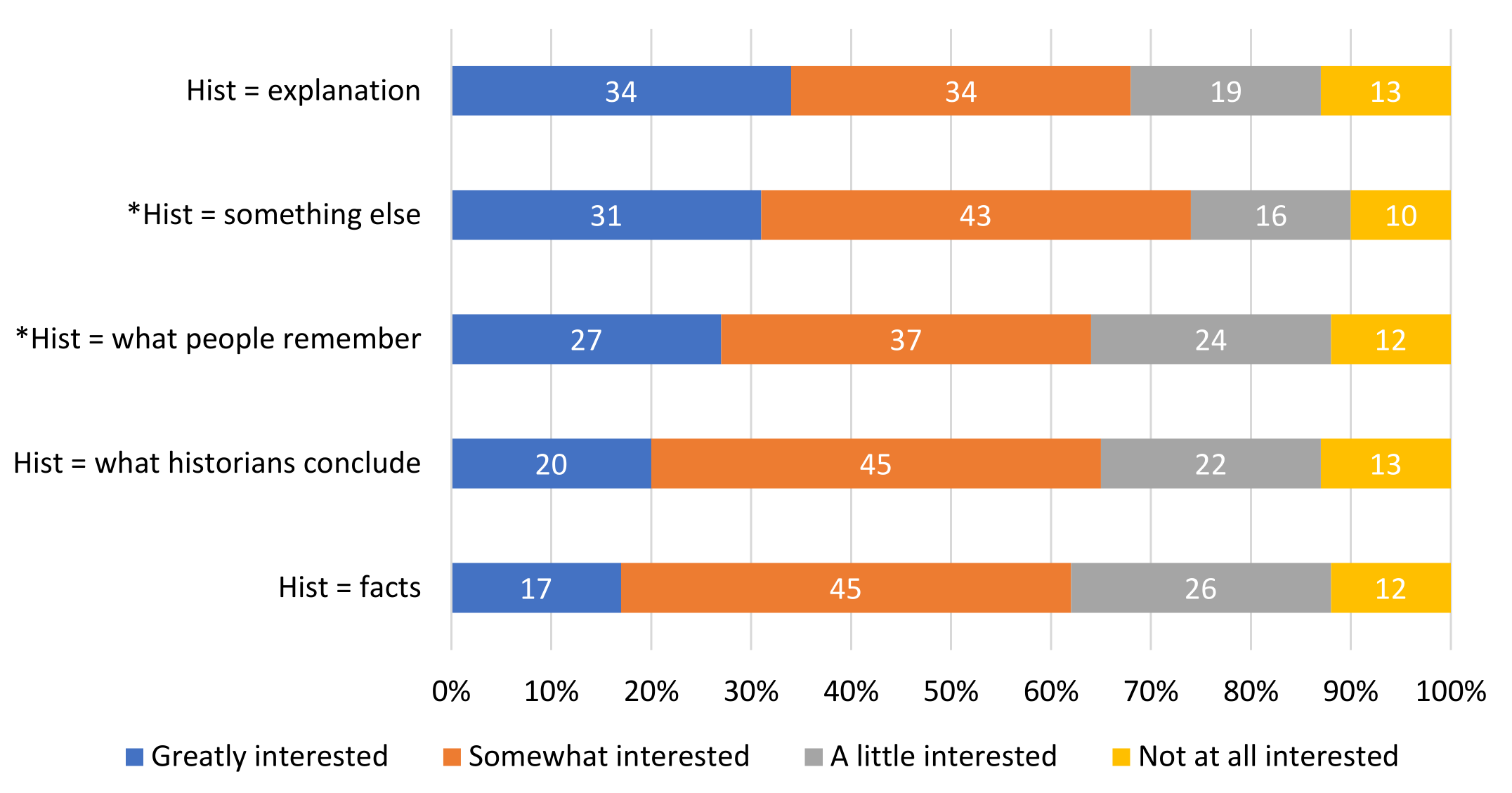 Fig. 2: Interest in learning more about the histories of foreign peoples and places as a function of perceptions of what history is. (*Fewer than 100 responses.)

Yet historical inquiry of any quality cannot proceed without content. We therefore provided a list of topics and asked which ones were perceived as being over- or underserved by historians (Fig. 3). Such traditional subjects as men, politics, and government were most likely to be seen as receiving too much attention, but they were joined in that sentiment by LGBTQ history. Interestingly, LGBTQ history also ranked third in needing more attention, and it had the fewest respondents indicating historians’ interest devoted to it was about right. This topic’s perception as both over- and underserved suggests that LGBTQ history remains a polarizing area of inquiry in the public’s collective mind. Respondents also said the histories of women and racial or ethnic minorities were most in need of greater consideration. Furthermore, over three-fourths of respondents, regardless of age group, education level, gender, geographic location, or political affiliation, said it was acceptable to make learners uncomfortable by teaching the harm some people have done to others. The clear call for more investigation of racial and ethnic subgroups, as well as the acceptance of teaching uncomfortable histories, undercuts putative justifications for recent legislative efforts to limit instruction on these topics. 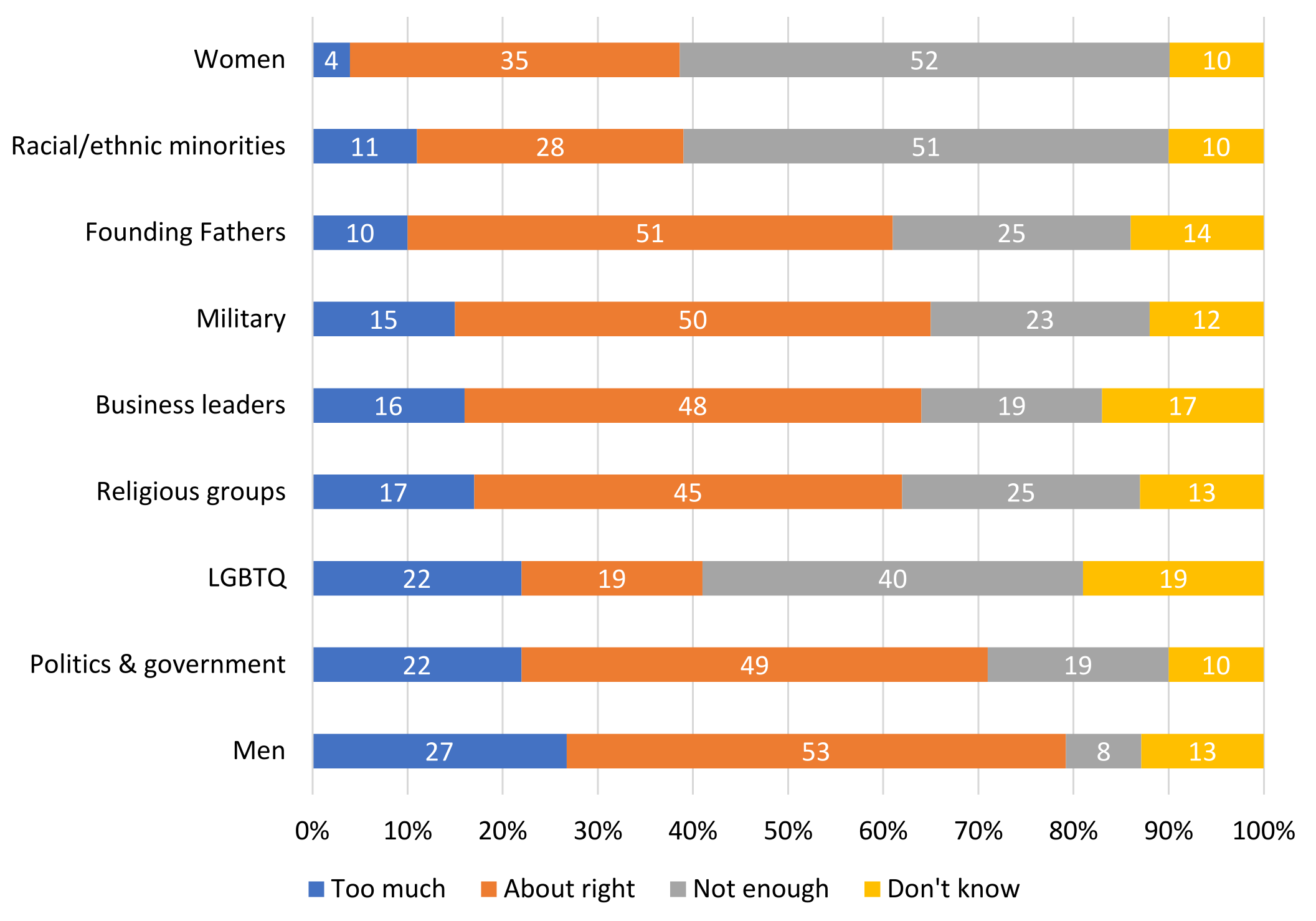 We understand that public perceptions might not be supported by other objective measures, but we argue that those in the historical discipline benefit from the knowledge of such public attitudes. Moreover, findings from our survey hint that approaching polarizing topics as a form of inquiry as opposed to a body of facts is more likely to resonate with learners.

Surveys like ours have their limitations. They are snapshots in time, they cannot easily answer logical follow-up questions, and they might sometimes elicit responses that are more aspirational than reflective of reality. This is why we hope AHA members will both explore and build on our data, contextualizing results for topics of special interest, convening focus groups to put flesh on our findings, and starting conversations about better education and engagement with the public. Let the joy of inquiry begin.

Pete Burkholder is professor of history at Fairleigh Dickinson University. Dana Schaffer is deputy director of the AHA.