The AHA welcomes the 2020–21 recipients of the J. Franklin Jameson Fellowship in American History, the Fellowship in Aerospace History, and the Fellowship in the History of Space Technology. These three annual fellowships assist early-career scholars by supporting full-time research. The fellows selected this year bring a variety of interdisciplinary perspectives to their historical research. 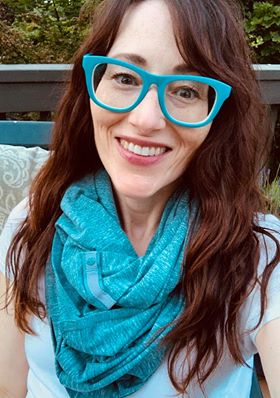 The Jameson Fellowship, sponsored jointly by the AHA and the John W. Kluge Center at the Library of Congress, is an annual award that supports up to three months of full-time residence at the Kluge Center. The winner of the 2020–21 fellowship is Hannah Cutting-Jones, who earned her PhD in history at the University of Auckland in 2018, with focuses on food history, Pacific Islands, environmental history, colonization, and culinary resilience.

During the fellowship, Cutting-Jones will examine the controversial and interdisciplinary history of protein. She hopes that her new project, “Protein Wars,” will provide new insights into the histories of science and industrialization, medicine, nutrition, gender, race, diet culture, globalization, and the environment in the United States. “The American obsession with protein has resulted in an increasingly fragile and destructive food system, one that needs to be reexamined and placed in historical context, particularly in light of the current pandemic,” she says. “I want to trace the evolving, compelling, contradictory, and persistent narratives surrounding the quest for protein in American history.” She hopes to use this fellowship to locate and examine relevant primary sources and begin work on a book-length manuscript.

Rose is pursuing his PhD in history at Yale University, where he focuses on US history, environmental history and humanities, Native American history and Indigenous studies, history of technology, history of science, and geography. His project, “Wasteland, Rangeland, Homeland,” will link aerospace history with the history of contested territory in the American West, especially the Nevada Test Site. With this project, he would like to interrogate the legal, political, and material infrastructure of real estate and restricted airspace that underlay domestic US military expansion in the mid 20th century. He tells Perspectives that three factors influenced policy makers' decision to locate a test site in Nevada. First, it was near the “warm political and economic climate that surrounded the burgeoning aerospace industry of Southern California.” Second, the legally ambiguous status of Nevada’s former public domain land made it easy for Congress to quickly and efficiently designate the land for military use. Finally, he explains that the “desert environment mattered as well, but not always in the way that advocates expected when they proposed to site weapons-testing proving grounds in the Southwest.” The region’s landscape offered up ample natural runways, but the arid, windswept, dusty environment posed serious challenges to sensitive machinery and a pilot’s chance of survival in case of an airborne emergency.

Rose argues that, by situating the narrative of the Nevada Test Site in the region’s longer political-economic, legal, and environmental history, “Wasteland, Rangeland, Homeland” will reorient our understanding of the origins of nuclear weapons testing. His primary goal for the fellowship is to spend time in the National Archives and Records Administration’s College Park, Maryland, facility.

Jeffrey Mathias, the Fellow in the History of Space Technology, is a PhD candidate in science and technology studies at Cornell University. With the support of the AHA/NASA fellowship, Mathias plans to continue work on his doctoral dissertation, tentatively titled “‘Pathologies of Boredom’: Isolation and the Cold War Human Sciences.” This project turns to isolation as both a matter of Cold War concern and a scientific object for psychologists, psychiatrists, and physiologists between 1948 and 1975. At mid-century, military officials and scientists figured soldiers stationed in remote geographies—such as radar operators along the Arctic Distant Early Warning Line and astronauts inhabiting space cabins—as uniquely at risk, not only from these hazardous terrains but from the psychological effects of isolation. Isolation emerged as a matter of concern amid ideas about the tedium of technological warfare in these remote geographies and widespread unease over alleged communist practices of solitary confinement during the Korean War. Weaponized isolation was a particularly troubling possibility following the defection of captured American soldiers, nominally subjected to sophisticated techniques of indoctrination or brainwashing. Laboratory and field studies of isolation, sensory deprivation, and confinement were thus a locus for anxieties about the reliability of the Cold War soldier and the modern subject more broadly.

The Fellowships in Aerospace History and the History of Space Technology are funded by NASA; both include a stipend of $21,500 supporting advanced research in aerospace history.

During his fellowship, Mathias will complete a chapter of this project, focusing on studies of isolation and sensory deprivation conducted by aerospace physiologists and psychologists as part of the early stages of the American space program. Mathias will examine sources at NASA’s headquarters, the National Archives, the Ames Research Center, and the Air Force Historical Archives at Maxwell Air Force Base.

Taking stock of the current salience of isolation during the COVID-19 pandemic, Mathias notes how humbling and strange it is that what was previously an extraordinarily niche dissertation topic came to relate to an experience shared by so many. He hopes his manuscript will provide critical context for our contemporary moment by tracing a history of solitude in the context of American empire.

Congratulations to these new fellows! We are excited to follow their work and look forward to welcoming them to the townhouse when it is safe to do so.

Gabriella Virginia Folsom is the communications and marketing assistant at the AHA. She tweets @gabby_folsom.