Teaching "Globalization" Against the Grain 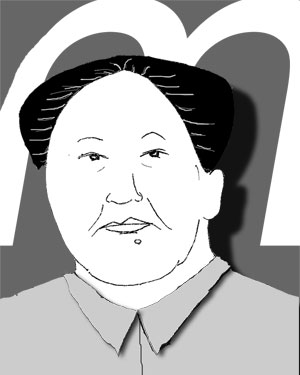 Dramatically increased interest in "globalization," as either a propitious or worrisome phenomenon, has presented academics concerned with international topics with both new opportunities and new challenges. The opportunities are obvious: growing administrative support for international studies, novel funding routes for transnational research projects, and higher student interest in and enrollments for courses on everything from "world history" to "world music," the rise of the internet to the fall of trade barriers, terrorism to global feminism. The challenges are harder to specify, since they often vary from discipline to discipline and between geographical areas of specialization.

One of the most common challenges, especially perhaps for historians, is a sense that we now need to combine teaching students new things about global flows of capital and culture with encouraging them to question things they think they already know about the subject. The root cause of the problem is that students come to us having had a great deal of exposure (via mass media) to an overly simplistic conventional wisdom on globalization that is predicated on three misleading notions:

Like more than a few of my colleagues, I end up spending a lot of time in class these days trying to encourage students to question each of these assumptions. To make sense of either China's recent historical experience (my main area of research interest) or the global present, three alternative propositions need to be embraced.

I also sometimes argue the case for these counter-propositions in public talks and pieces for general interest periodicals. After all, it is not just students who are exposed to the conventional wisdom. And, when it comes to one tenet-that West to East flows and Americanization are the norm-undergraduates are often more skeptical than their parents or grandparents. This is natural. These youths grew up playing Japanese computer games and watching action movies influenced by Hong Kong cinema. And asked to name a famous cooking show, they are most likely to mention the "Iron Chef" (a program created in Japan that has now spawned a U.S. spin-off and which, in both versions, involves the melding of ingredients associated with varied national cuisines) than a Julia Child special.

Not surprisingly, given my concern with teaching and writing against the grain when it comes to globalization, I am always looking for current events that can be discussed in ways that help undermine the first set of assumptions described above and lend support to the second trio of propositions. I am especially grateful when the events in the news have something to do with East Asia and something to do with history. In this regard, a series of headlines on China, London, and Nepal that appeared almost simultaneously during late March this year seemed like pedagogic manna from heaven.

The common thread running through the three stories was provided by pictorial representations of Chairman Mao. The China story told of nonviolent protests in northeastern cities such as Daqing, in which workers carried Mao pictures through the streets. The London story told of an Andy Warhol retrospective in which his pop art renderings of Mao figured prominently. The Nepal story told of violent actions by Maoist guerrillas.

The confluence of these three stories provides an excellent opportunity to teach about the widely varied things that a picture of a globally famous historical figure (Mao has been dead now for more than a quarter-of-a-century) can mean today. I immediately began to do just this in a survey course titled "The World since 1945" that I was teaching at Indiana University last spring when the stories appeared.

Naturally, given my own interests, I spent the most time discussing what pictures of Chairman Mao might have meant to angry workers in Daqing. To make sense of their use of these images, I told the students, we needed to appreciate both the national and local significance of this icon. In national terms, pictures of both Mao and of his close ally Zhou En-lai have been used periodically throughout China's post-Mao Reform era (1978 onward) to twist the tail of the current leaders of the Communist Party. Carrying a picture of Mao or Zhou can be an effective way of suggesting-while sticking with a symbol associated with Chinese Communism-that today's top officials are less morally deserving of positions of power than were their predecessors. And it was to do just this that some participants in the massive demonstrations of 1989 that preceded the Beijing Massacre carried pictures of either Mao or Zhou. At a time when many view the Party as corrupt and nepotistic (as was true in 1989 and remains true today), the idea that Mao sent his own son to fight in Korea (whereas now high officials send their children to the West to hatch business deals) has special meaning. And, tellingly, it is nearly always a young or middle-aged Mao of the 1930s to the 1950s-not the older Great Helmsman associated with the chaos of the Cultural Revolution era (1966-1976)-who is displayed in protests.

As for Mao's local meaning in Daqing, the Chairman once held up this city as one whose workers all Chinese should strive to emulate. "Learn from Daqing" became a widely used official slogan, employed to suggest that all citizens should strive to be as hardworking and as willing to sacrifice themselves for the grand project of building socialism as were the laborers of that city. In March 2002, some of those who marched in Daqing were workers, now more than 50 years old, who had been laid-off from the same local factories that were so admired when they were first employed there in the 1950s and 1960s. Mao's picture helped invoke memories of a time when they had job security and were held in high esteem. Few longed for a return to all aspects of the Maoist era, as before its conclusion many had suffered in some way from the political campaigns of those times. Still, as people being left behind in a land that has become largely capitalist without developing strong social welfare mechanisms, they had cause to feel nostalgic for some aspects of the Mao era.

Turning to the Mao-related stories from other parts of the world, I argued in a lecture that several things needed to be kept in mind. The most basic was that the chairman's name and image meant something quite different in Daqing than it did in either London or Nepal. For example, nostalgia had a role in the London exhibit, but the past being invoked was defined less by economics or politics than by trends in the art world. An exhibit of Warhol paintings now takes Western viewers back to a time when the overlap between mass consumption and creative activity was seen as a novel one to explore. And Mao's face, for Warhol, was probably more significant for its fame than for the political positions it represented. For him, it went along with that of Marilyn Monroe more readily than with that of Zhou En-lai. Last but not least, it was the older, Cultural Revolution-era Mao whose face interested Warhol.

Taking up Nepal, I claimed that we found still different connotations there for representations of Mao. There was a link to Daqing in that the pictures were associated with a political struggle, but a contrast too in that the struggle was explicitly violent. In addition in the case of Nepal, the Mao pictures were not associated with any form of nostalgia and they played on Mao's role in rural uprisings as opposed to his praise for model workers. Moreover, it seemed from the scattered reports that emerged that the most popular "Mao" in Nepal was the Chairman of the 1960s-1970s. This was, of course, the Mao whose image most intrigued Warhol, but there was little similarity between the watercolor pictures of Mao that showed up in guerrilla camps in Nepal and the mass produced and playful renderings associated with the pop artist. To cite just one of many contrasts, when Mao's image was displayed in Nepal, it was neither Zhou En-lai nor Marilyn Monroe who was represented nearby, but rather Lenin and Marx.

The recent news stories associated with Mao, when taken together, provided an excellent opportunity to show, in practical terms, the value of all three of the counter-tenets alluded to above. I used them to demonstrate that the same image can mean very different things in different places, and that global flows do not simply run from West to East. Mao may have been a Chinese revolutionary influenced by a German philosopher (Marx) and a Russian event (1917). But he ended up making a profound mark on international popular culture (via a painter, Warhol, with ties to both Central Europe and the United States) and insurrectionary movements based nearby (Nepal) and very far away (Peru). Finally, the case of Mao is especially instructive since he began to be influenced by and to have influence on transnational currents (his engagement with Marxist ideas began in the 1910s or 1920s) well before the World Wide Web or CNN were on the scene.

There are several others details related to Mao that can be used to backup all of these points, and if I teach "The World since 1945"again, I hope to find ways to work them into lectures. For example, on a personal note, it might be useful to tell my students that the first time I became aware of Mao's existence was via a song by a British rock group: "Revolution" by the Beatles. This song contains a line chiding 1960s radicals in the West for "carrying pictures of Chairman Mao" in demonstrations, presumably those staged in places like Paris and Berkeley.

I also hope, in future, to tell my students about yet another famous figure besides Zhou En-lai, Marilyn Monroe, and Karl Marx whose portrait has sometimes been displayed alongside that of Mao: Sun Yat-sen. This is because, in many ways, Mao followed in the footsteps of Sun, both as a revolutionary activist and as a figure influenced by and having an influence on transnational phenomena. Sun's activities in the late 1800s and early 1900s provide a wonderful illustration of just how misleading it is to think of the current epoch as totally unlike all earlier ones in terms of international flows. He was born in China, educated in Hawaii, influenced by the British socialist Henry George, raised money and gained followers in San Francisco's Chinatown, formed a political party while in Tokyo, worked with Russian advisers, and quoted Abraham Lincoln in some speeches. As if this were not enough, he once discussed philosophy over dinner with John Dewey in the French Concession of Old Shanghai and counted among his allies cosmopolitan figures such as Eugene Chen. Chen had been born in Trinidad, studied law in Britain, and gained fame after moving to China, in part through writing in English searing criticisms of imperialism.

Next time I teach that particular class, I have determined that, whether or not Mao is in the news at the time, I will find some way to use him as a starting point for moves from Daqing to London to Trinidad, as well as from Warhol to the Beatles. A generation raised on Japanese animation and Jackie Chan acrobatics, whose members listen to music with links to dozens of countries and find it perfectly natural to have "western" fast food chicken nuggets come with sweet-and-sour dipping sauce deserves nothing less from teachers of world history in the 21st century.

—Jeffrey N. Wasserstrom teaches history at Indiana University where he is also the director of its East Asian Studies Center. A past associate editor and acting editor of the American Historical Review, his most recent books are Chinese Femininities/ Chinese Masculinities (University of California Press, 2002), which he coedited with Susan Brownell, and The 20th Century: A Retrospective (Westview Press, 2002), for which he was one of five coauthors.