There’s a lot we won’t miss about Zoom teaching, with its endless tango of muting and unmuting. But as it becomes safer once again to build intellectual community the old-fashioned way, there are pedagogical lessons we will take with us from our online classrooms. Over the last 18 months, many of us rethought not only the way we teach but also how we assess our students. Confined in our Zoom boxes, we learned to think outside the box, often taking inspiration from fellow educators struggling in similar ways. 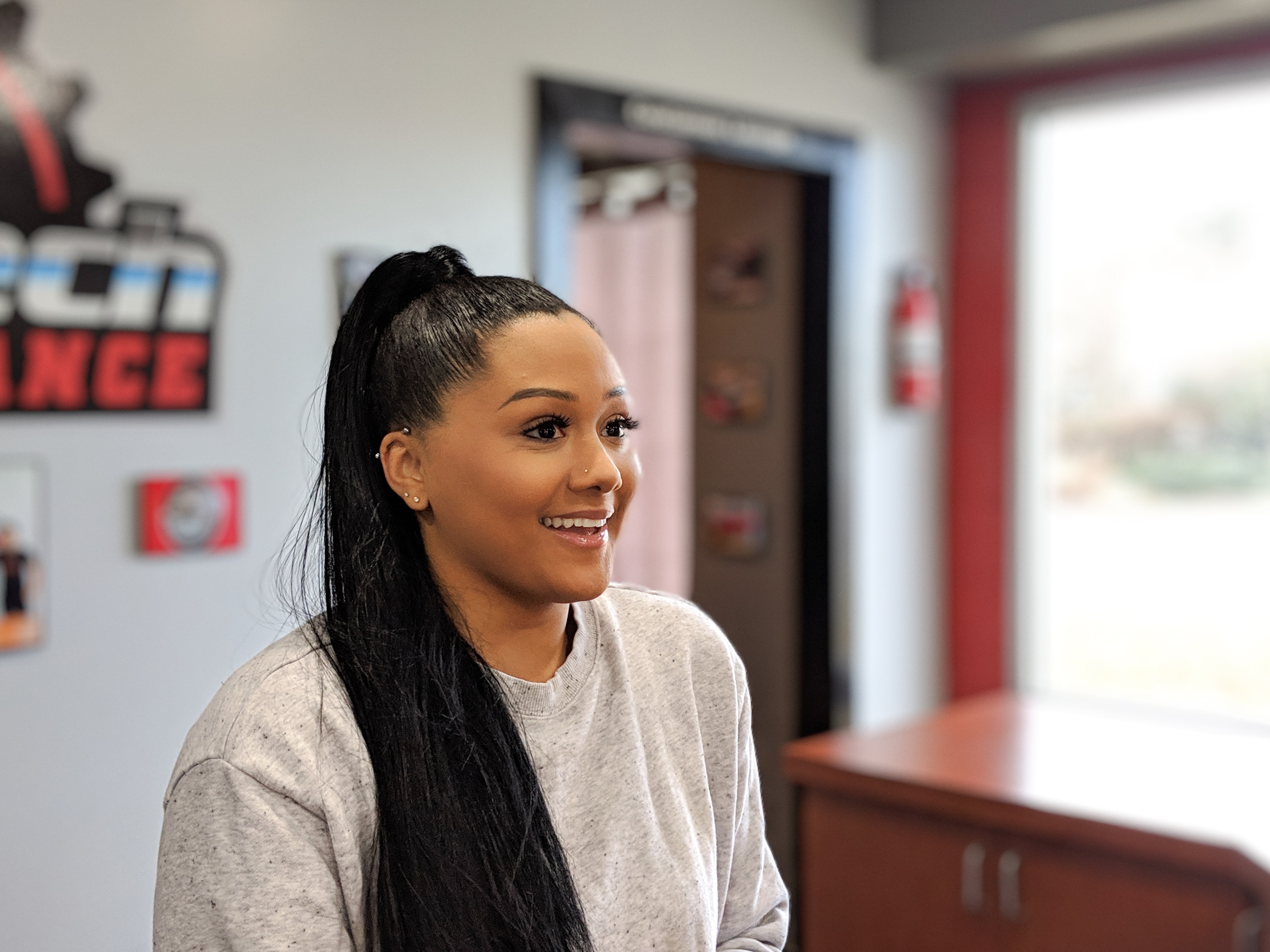 A twist on the traditional class presentation, Teach Your Family worked against the isolation of the pandemic by giving students tools for engaging with those around them. Obi Onyeador/Unsplash

In March 2020, Rachel was several weeks into Yeshiva University’s spring semester, teaching a class on 19th-century Parisian literature and visual culture. Channeling Baudelaire, Zola, and Manet, students in a typical term take stock of their own urban surroundings, allowing firsthand experiences to heighten their understanding of complex texts and images. But a final paper based on an urban excursion was no longer possible—no more crowds, for one thing! At the same time, a traditional paper felt out of the question: students were anxious and struggling to concentrate.

That’s when Rachel had an idea. Why not acknowledge the change? Students now lived off campus, often with their families, in circumstances less than ideal for traditional written projects. If their classrooms had moved to their homes, why not make those homes into classrooms? Rachel asked students to choose one of the class topics to teach someone in their family—broadly defined—and then provide evidence of their lesson, either by recording it or by providing testimonials from a family member or roommate, along with the lesson plan or PowerPoint they had designed and used. Students shared videos of parents and siblings curled up on the couch, listening to a proudly delivered lecture. One student created a Lego model of Paris; girlfriends and roommates recorded effusive reactions.

While the idea started as a pandemic substitute for a lengthier essay, its lasting pedagogical value soon became clear. A twist on the traditional class presentation, Teach Your Family asked students to think not only about conveying information but also about the different means by which to do so effectively. The assignment had potent metacognitive aspects, guiding students to reflect on what they had learned and why it mattered. Many came away with an enhanced appreciation of course content, making them more likely to retain it long-term. And students felt a profound sense of accomplishment at a time when such feelings were scarce.

As faculty across the country turned to the internet for support in reconfiguring their courses for a stay-at-home world, Alyssa read a Twitter thread about Rachel’s experiment at Yeshiva. Alyssa taught in a very different environment at California State University San Marcos (CSUSM); where most of Rachel’s students are from a similar background, with college-educated parents, Alyssa’s students range in age from 18 to 80 and include first-generation Latinx students and active-duty marines.

If their classrooms had moved to their homes, why not make those homes into classrooms?

Alyssa was thrilled to discover that Teach Your Family worked just as well at her institution—though she realized she would need a paper option for students who did not have someone at home to teach or for those who preferred writing. A few weeks after Rachel’s experiment, Alyssa incorporated Teach Your Family into her Women and Jewish History class at CSUSM. For students whose families knew little about the topic, the assignment was particularly empowering. And it was meaningful for family members as well, creating a new way to connect during those sequestered, stir-crazy early months of the pandemic.

Like Rachel’s, Alyssa’s guidelines were flexible. But she added in more scaffolding to ensure that students planned an idea well before the deadline and received appropriate feedback on whether their lesson (and the evidence they planned to submit) was too ambitious or needed more detail. Students were required to draw on specific course readings or films and show a mastery of selected themes in their lesson. Otherwise, their choices were as wide as the syllabus and their imaginations. They could focus exclusively on historical material or use it to make connections to the present. Topics ranged from Holocaust poetry by women survivors, to stereotypes of Jewish women on 20th-century US television, to dietary laws. One women’s studies major assembled her multigenerational family—including her grandma, her girlfriend, and her dog—for a lesson about American Jewish women’s activism. Another taught his lesson on Mother’s Day, focusing on comparative Jewish motherhood in the Sephardi diaspora and among Ashkenazi Jews during the Holocaust; he linked this material to all that his mother does for him.

Both Rachel and Alyssa continued with Teach Your Family in the fall of 2020. In Alyssa’s Revolutionary Europe (1789–1989) course, one student designed a lesson for her husband comparing income inequality in 19th-century France with the contemporary United States, while another taught her younger sister about women in the French Revolution, complete with a postlesson quiz. The assignments forced Alyssa’s students to become more than passive consumers of information. Rather than memorize material or respond to questions selected by their instructor, students had to decide which themes were most important for people outside a classroom, delve deeper into subjects than a traditional syllabus might allow, and deliver more meaningful results than a paper that only their instructor would read. Students reported that conversations continued after the lessons, fostering lifelong learning within their households.

In Alyssa’s Haitian History class, students made even more connections to the present; some Mexican American students drew parallels between their parents’ lives and those of Haitian migrants. Students picked a range of topics they thought would seem vital and relevant to their listeners. One student gave a multimedia lesson to his musician father about Haitian Vodou music; another taught her teenage children about the differences between stereotypes of “voodoo” and Vodou itself. Several students taught their families about the historic Haitian migration from Brazil to Tijuana and San Diego in 2015–16, and about Haitians who were forced to build new lives in Mexico when the United States closed its border to them in September 2016.

Conversations continued after the lessons, fostering lifelong learning within their households.

As Alyssa and Rachel tweeted enthusiastically about their students’ projects—and consulted with each other about what was working and what was not—instructors at different institutions and grade levels began asking for their assignment guidelines and adapting them for other programs. Annette incorporated the assignment into her French literature and culture courses at the University of Michigan; in her Black Girlhood in French Cinema course, a student watched films with her mother and focused her Teach Your Family lessons on the racial dynamics of mother-daughter relationships in French film. Another student discussed racism in the French educational system with her brothers, who are themselves teachers. In-class reports highlighted productive tensions between the foreign and the familiar. Students identified similarities between their local contexts and the worlds inhabited by the films’ Black French protagonists, grappling with ideas that remained untranslatable: the varied meanings of Black and noir across space and time. Students found audiences and interlocutors among roommates and siblings even when they did not agree with one another. As students struggled with the isolation of socially distant learning, and the blurred boundaries between home and school, their Teach Your Family assignments became a semester-long reminder that their voices and expertise mattered both within and beyond the classroom.

Teach Your Family was also implemented by several high school history teachers who learned about it on Twitter, where Rachel, Alyssa, and Annette continued to share results. These included Amy Manlapas (Paideia School), who used it in her US History and Global Middle Ages classes. Amy gave her students a lesson-plan format to follow, allowed them to choose a topic, and then met with students to discuss their proposals. She notes, “We had a great time—one student figured out they wanted to be a teacher afterwards, which was super exciting.”

In reflecting on whether to keep Teach Your Family after the pandemic, we each found that what had begun as an expedient substitute for research papers or exams had become a high-impact practice: engaging students’ critical and metacognitive faculties, reinforcing the material, and making students more invested in the learning process. As a collaborative project, Teach Your Family worked against the isolation of the pandemic by giving students tools for engaging in meaningful dialogue with those around them, which often meant relatives. But the assignment is adaptable to roommates and friends, even neighbors or colleagues, creating opportunities for enriching all kinds of relationships. Students’ spirited debates and generative conversations modeled lessons we hope to impart with every course: that intellectual inquiry is never confined to the classroom and that the past remains relevant in the present. For these reasons, even as we transition back to in-person learning, we plan to continue assigning Teach Your Family, sharing the results, and watching this experiment evolve as others adapt it.