AHA Today , From the President

The Past is Ever Present: Presidential Sessions at the 2016 Annual Meeting

As the 2016 annual meeting in Atlanta approaches, I would like to acknowledge the members of the Program Committee, the Presidential Subcommittee, the Local Arrangements Committee, and the AHA professional staff—all the individuals who have invested many hours of thought and labor in putting together this robust conference program. The theme “Global Migrations: Empires, Nations, and Neighbors” underscores the relevance of our work as scholars and educators. Indeed, in the shadow of Stone Mountain, the Thursday evening plenary “The Confederacy, Its Symbols, and the Politics of Public Culture” will feature such notable colleagues as Daina Ramey Berry, W. Fitzhugh Brundage, Jane Turner Censer, John Coski, and David Blight as chair. Come early to what promises to be a thoughtful, engaging discussion. 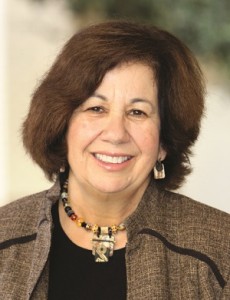 Several presidential panels harken back to themes addressed in my earlier columns on mentorship, access, and narrative. A Saturday session on the late Carl Degler, one of the most influential historians of the 20th century, will focus on his impact as a feminist scholar and mentor. With presentations by colleagues and former students (including Marilyn Young, whom Degler mentored when she was an undergraduate), the panel will address how his penchant for taking intellectual risks as a scholar extended to his mentorship of those who perhaps had taken an unconventional route to graduate study. In the words of Glenna Matthews: “I married young, dropping out of Pomona College. I then attended several other institutions en route to a BA. … Needless to say, this was not the profile of the typical Stanford grad student, but I was a married woman with two school-age kids.” She continued, “I applied to Stanford in a field other than American history and didn’t get in. Taking my courage in my two hands, I decided to apply again, but in American history, and to do women’s history. On December 17, 1969, I showed up at Carl’s office … , explained myself, told him that … I wanted to study women’s history with him. We had a long conversation, and he told me that although he couldn’t make any promises, he thought I should apply again[.]”[1] Matthews succeeded at Stanford (and I, as a very green graduate student, proudly, enviously, witnessed Professor Degler putting on her doctoral hood), and then went on to an accomplished career with five monographs in California and US women’s history.

My column “Access and Opportunity” (Perspectives on History, September 2015) elicited a number of thoughtful responses, and those attending the annual meeting will have the chance to engage directly with representatives from Freedom University. During their Friday presidential session, chaired by my colleague Anita Casavantes Bradford, Laura Emiko Soltis (Freedom’s executive director), Charles Black (former chair of the Atlanta Student Movement), and student Melissa Rivas-Triana will elaborate on the links between the past and the present as well as the latest developments in opening Georgia’s top five public universities to undocumented youth of the state.[2] In hearing Freedom students address their experiences at a symposium at the University of California, Irvine, I was struck by their resilience and aspirations in the face of educational segregation and the overheated debate on immigration.

Storytelling takes many turns. My own work owes a great deal to those who have generously shared their memories with me. I remain humbled and honored by the depth of disclosure by narrators as they looked back on their hopes, dreams, life rhythms, and, at times, trauma. As executive director of the Oral History Association, the late Clifford Kuhn organized a terrific presidential session on Friday entitled “Oral History on the Borders: Migration and Memory.” Due to Cliff’s untimely passing in November, the panel will be chaired by Paul Ortiz. The noted scholars Charles A.Hardy III, Devra Weber, and Steven High will explore the interplay of memory, violence, and migration through journeys by African Americans during the Great Migration, transnational organizing by indigenous women in Mexico and the United States, and memories of newcomers to Montreal, global immigrants displaced by mass violence in their homelands.

Comparative conversations continue with Saturday’s “Gendering the Trans-Pacific World: Diaspora, Empire, and Race.” This panel, chaired by Judy Tzu-Chun Wu, will include presentations by KarenJ.Leong, Rumi Yasutake, Ji-Yeon Yuh, andMary Ting Yi Lui and will cover such topics as Asian settler colonialism, Asian Christian missionaries in Hawaii, interracial sex and hybridity from a pan-Pacific perspective, as well as Korean women’s migrations, forced and voluntary, to Japan, China, and the United States. Natsuki Aruga, the distinguished scholar of US history and women’s history in Japan, will provide commentary.

Complementing those panels selected by the Program Committee, a triptych of sessions will historicize the current crises in the Middle East from a range of perspectives. The first session, “Archival Practices and the Construction of Modern Memory,” will analyze “how the limits, constraints, and privileges of archival usage shape historical memory.” Panelists will tackle issues surrounding the creation and shaping of archives and how political, cultural, and social circumstances influence their deployment or even seizure. These factors have an “impact on the construction of a usable past in the politics of the Middle East.” Chaired by A. Dirk Moses, this Thursday afternoon panel will feature presentations by Rosie Bsheer, Derek J. Penslar, Shira Robinson, and Sherene R. Seikaly.

The next session, to be held on Friday afternoon, will be “Forced Migrations in Comparative Context.” It will feature as chair the acclaimed historian Anita Shapira and presentations by such authorities as Omer Bartov, Daniel J. Schroeter, Salim Tamari, and Eric D. Weitz. A portion of the abstract bears repeating: “The question of forced migrations lies at the heart of many of the bloodiest modern histories, including the Palestinian-Israeli conflict. This panel places the Palestinian-Israeli case in broader context through a discussion of four case studies: the Greek-Turkish ‘population exchange’ following the Great War, displaced persons following the Second World War, the expulsion and flight of Palestinians during the 1948 War, and the mass flight of Iraqi Jews to Israel in the early 1950s.”

The last panel, “Religion and Secularism in Nationalist Politics in the 20th Century,” scheduled for Saturday morning, will consider religiously motivated nationalist movements, comparing US evangelical Christianity, Hindu nationalism, Islamic nationalism, and “religiously informed Zionism.” Chaired by former Organization of American Historians president David Hollinger, panelists Philip Jenkins, Laurie Patton, Meir Litvak, and Donna Robinson Divine will speak about “the seemingly newfound centrality of religious belief to nationalist ideologies to ask about the prospects for the resolution of conflicts among ethnic, religious, and political groups.” The American Historical Association takes seriously its charge to provide a clearinghouse and an arena—a place where a wide variety of ideas emerge and interact. The annual meeting offers a venue for a constructive exchange of ideas. I greatly appreciate the willingness of chairs and commentators to share their research as a means to foreground these volatile, tragic global crises.

In her 1997 Charles Homer Haskins lecture before the American Council of Learned Societies, legendary historian Natalie Zemon Davis stressed the importance of stories in recounting our past and present: “No matter what happens, people go on telling stories about it and bequeath them to the future. No matter how static and despairing the situation looks, the past reminds us that change can occur.” She continued, “The past is an unending source of interest and can even be a source of hope.”[3] The physical and built environments also reveal stories, and the Local Arrangements Committee has organized 10 tours of Atlanta, including a walking tour of historic downtown, another of the Oakland Cemetery, and a third on the historic African American community of Sweet Auburn. In addition, there will be an excursion on the Battle of Atlanta as well as the Kennesaw Mountain Battlefield Park. And referring back to my February column on “The Power of Public History,” I encourage members to either sign up for the scheduled Sunday tour or go on their own to the National Center for Civil and Human Rights.

As my term as AHA president comes to a close, I would like to thank the phenomenal academic professionals who work at 400 A Street SE, as well as my scary-smart colleagues on the AHA Council—your hard work, candid observations, and corazón make for a professional organization in which we can all take pride. In looking over the events of the past year and of the annual meeting to come, I am reminded of the words of New York Times art critic John Canaday on the visionary African American collage artist Romare Bearden: “He evokes a past alive in the present, and evokes it … as part of an infinitely complex inheritance.”[4]

This post will appear in Perspectives on History‘s November 2015 issue.

[2]In June 2015, the AHA protested this policy; you can read the letter on the AHA website at historians.org/ga-daca.