New seminar by the Institute for Constitutional History: “How Slavery Killed the Constitution of 1787” 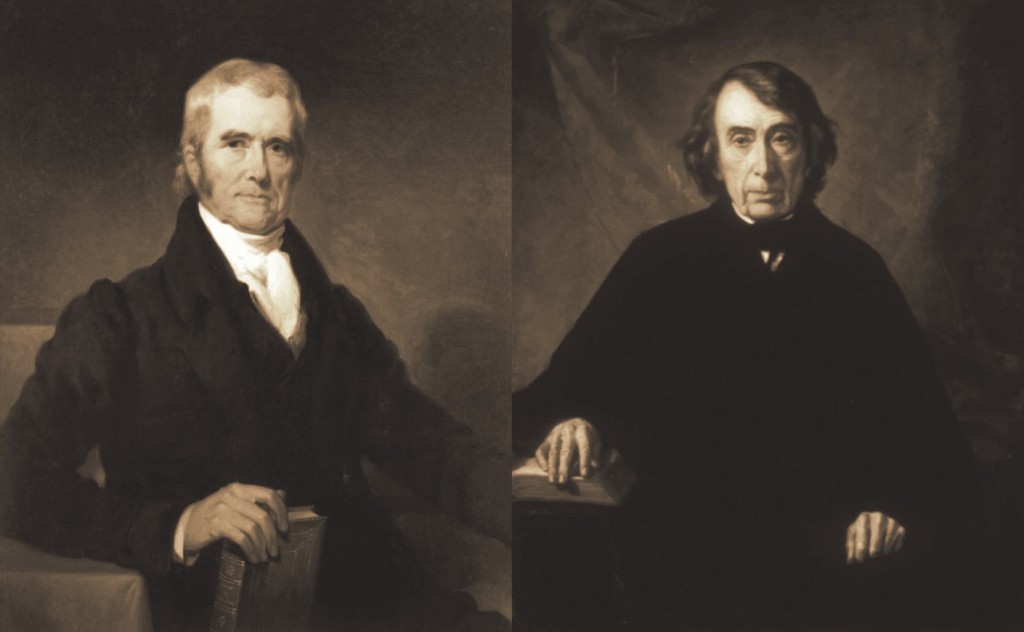 Several large and small unknowns were rooted in the Constitution of l787 as it emerged from the hands of the framers and ratifiers.  Chief among them were: (1) the structure of power as between the new national government and the states, (2) the place of slavery in the new constitutional arrangement, and (3) the location of the final interpretative authority with regard to the first two unknowns:  whether in the Supreme Court of the United States; or in the state courts; or in specially elected state conventions; or in the will of the national electorate operating through the evolving new political party system; or, finally, in the god of battles?

In addition to acquainting participants with useful scholarship and relevant primary sources, this seminar’s objective is to trace the working-out of these constitutional uncertainties in the period leading to secession and Civil War–the period during which pro-slavery forces and state sovereignty theory converged to challenge the authority of the federal government. We also will explore the possibility that the slavery issue, almost from the outset of government under the Constitution of 1787, permeated every major aspect of constitutional law–making the antebellum period a distinct epoch in American constitutional history, one that ended with the Union victory and with the Civil War Amendments.

Kent Newmyer, Professor of Law and History at the University of Connecticut School of Law, has taught a wide range of graduate and undergraduate courses in American history, specializing in the political, constitutional, and legal history of the antebellum period. He is best known for Supreme Court Justice Joseph Story: Statesman of the Old Republic (1985), and John Marshall and the Heroic Age of the Supreme Court (2001). A second edition of his short volume on The Supreme Court under Marshall and Taney was published in 2006. His most recent publication is The Treason Trial of Aaron Burr: Law, Politics, and the Character Wars of the New Nation (2012).

R. B. Bernstein, lecturer in political science in the Skadden, Arps Honors Program in Legal Studies at the Colin Powell School of Civic and Global Leadership at the City College of New York, and distinguished adjunct professor of law at New York Law School.  His most recent books include Thomas Jefferson (2003) and The Founding Fathers Reconsidered (2009).  He is now completing The Education of John Adams for Oxford University Press.

The seminar is designed for graduate students and junior faculty in history, political science, law, and related disciplines.  All participants will be expected to complete the assigned readings and participate in seminar discussions.  Although the Institute cannot offer academic credit directly for the seminar, students may be able to earn graduate credit through their home departments by completing an independent research project in conjunction with the seminar.  Please consult with your advisor and/or director of graduate studies about these possibilities.  Space is limited, so applicants should send a copy of their c.v. and a short statement on how this seminar will be useful to them in their research, teaching, or professional development.  Materials will be accepted only by email at MMarcus@nyhistory.org until December 30, 2014.  Successful applicants will be notified soon thereafter.  For further information, please contact Maeva Marcus at (202) 994-6562 or send an email to MMarcus@nyhistory.org.

There is no tuition or other charge for this seminar, though participants will be expected to acquire the assigned books on their own.

The Institute for Constitutional History (ICH) is the nation’s premier institute dedicated to ensuring that future generations of Americans understand the substance and historical development of the U.S. Constitution. Located at the New York Historical Society and the George Washington University Law School, the Institute is co-sponsored by the American Historical Association, the Organization of American Historians, and the American Political Science Association. The Association of American Law Schools is a cooperating entity. ICH prepares junior scholars and college instructors to convey to their readers and students the important role the Constitution has played in shaping American society. ICH also provides a national forum for the preparation and dissemination of humanistic, interdisciplinary scholarship on American constitutional history.