A spherical bamboo cage sat at the center of Jonathan Barber’s classroom at Harvard University during the 1830–31 school year. A disreputable English physician turned elocution professor, Barber required his students to stand in the cage and deliver speeches with arms outstretched, touching specific wooden slats as they spoke. This strange apparatus was far more than a teaching tool in a single course, however. Instead, it represented the vanguard of a movement that helped transform the relationship between speakers and their listeners.

Barber modeled his elocution cage on an illustration that first appeared in Chironomia (1806), a book on oratorical hand gestures written by Irish clergyman Gilbert Austin. Austin inscribed his speaker in an imaginary sphere and argued that the orator should touch certain points on the sphere to correspond with the specific emotions of a speech. Barber adopted Austin’s recommendations wholesale in his own textbook, A Practical Treatise on Gesture, first published in 1831. 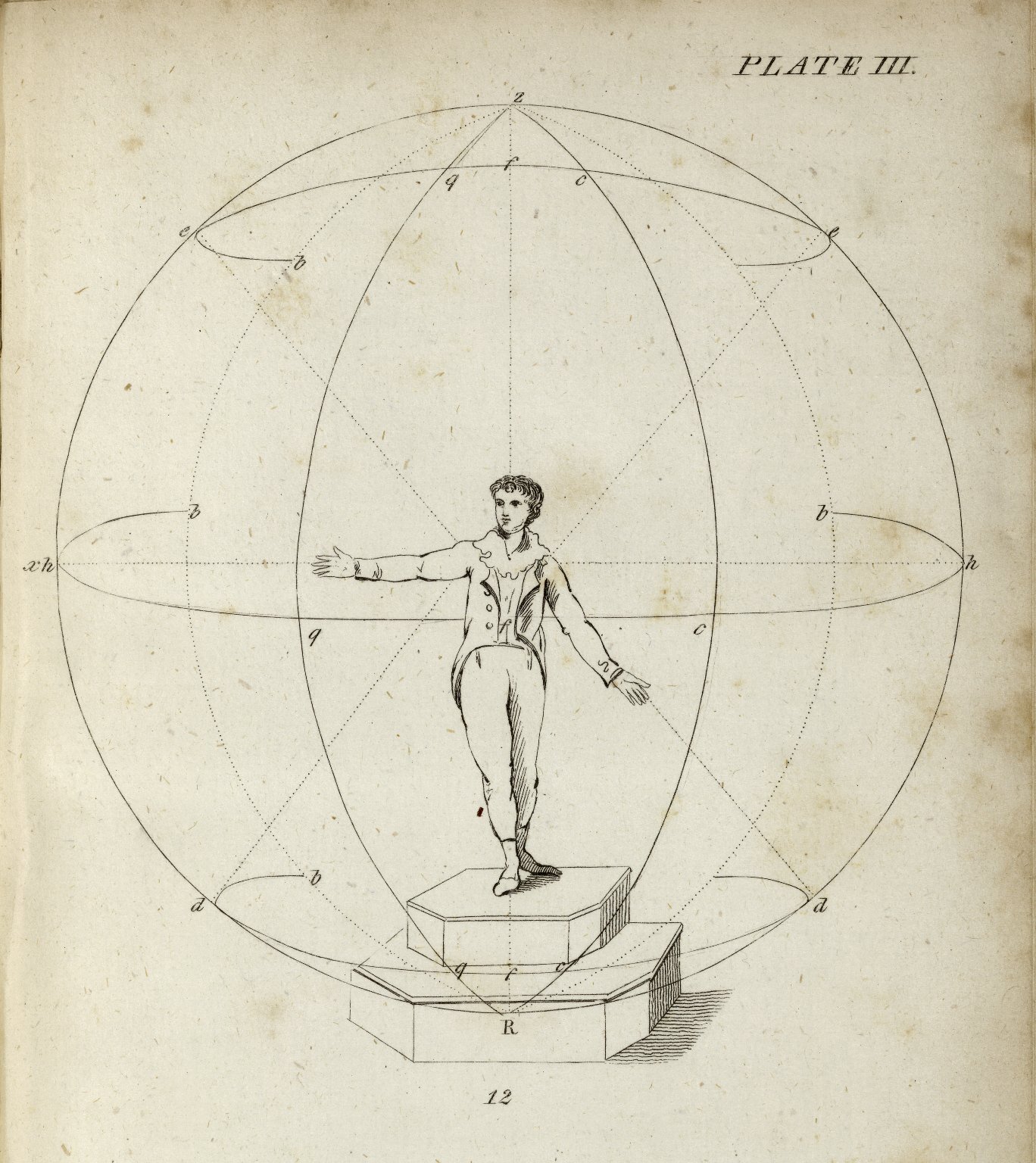 Jonathan Barber, A Practical Treatise on Gesture (Hilliard and Brown, 1831); originally from Gilbert Austin, Chironomia: Or a Treatise on Rhetorical Delivery (T. Caddell and W. Davies, 1806)

Barber paired Austin’s gestural system with the vocal recommendations of James Rush, a reclusive medical doctor whose father, Benjamin, had signed the Declaration of Independence. Rush frequented stage plays with his theater-loving wife, and he translated the acting techniques of his time into a public-speaking system suitable for politicians and religious leaders. Rush’s The Philosophy of the Human Voice (1827) recommended three distinct speech characteristics: an expanded pitch range (high highs and low lows), a singsong style, and the “orotund voice,” produced by lowering the larynx to enlarge the upper throat, creating a rich, round tone that could be projected at great distances. Rush mastered these features himself, making “queer noises,” “yowling and barking” in the dead of night, and even testing vocal techniques on his horses.

Barber’s students rebelled against the rigid system symbolized by his elocution cage; once, they hid the bamboo construction atop a tall tree. Barber’s appointment at Harvard was not renewed the following year. His textbooks, though, became surprise best sellers, and the elocution system he championed became the dominant style of American public-speaking instruction into the early 20th century. Abolitionist orators Henry Ward Beecher, Wendell Phillips, and Theodore Weld; revivalist Billy Sunday; and three-time presidential nominee William Jennings Bryan, among many others, studied Barber’s system and used his techniques to build powerful political and religious followings.

In so doing, they dispensed with the then-popular notion that leaders should remain emotionally remote from their followers—freeing ordinary citizens from a cage no less rigid than Barber’s bamboo sphere. Instead, they forged a new relationship between audience and speaker, citizen and representative, by embracing a strikingly modern expectation: in a democratic society, leaders were responsible for building emotional connections with the people they led.

While this leadership approach remains with us, the speaking style that helped create it does not. In the 1920s, the advent of radio and the emergence of a more understated emotional style drove the elocutionists out of business, and speech instructors began promoting the more conversational approach still taught today. Near the end of that decade, my grandmother, attending Northwestern University, became one of the last students to learn Barber’s methods in the classroom. After explaining the techniques, her teacher imparted a warning. “This is the day of the natural conversational manner,” my grandmother wrote in her notes. “Elocution out.”

Tags: Everything Has a History North America Cultural History