The history of family and kinship has been an exciting and productive field of historical scholarship for decades. It strengthened the burgeoning field of social history in the mid to late 20th century and has since served as a nexus for interdisciplinary scholarship in the humanities and social sciences. In its variety and broad temporal sweep, this scholarship has opened up our understanding of how the systems that dominated the modern and premodern worlds—colonialism, slavery, and race among them—have been worked out at the level of intimacy. The complicated history of the incest prohibition is part of this scholarship. 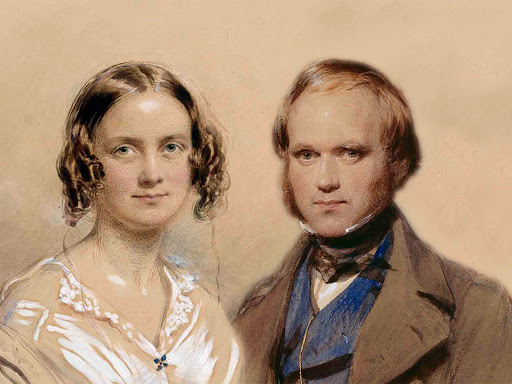 Charles Darwin married his first cousin, Emma Wedgwood, in 1839. They had 10 children during their more than 40 years of marriage, which ended with Charles’s death. Courtesy Richard Carter, portraits by George Richmond

In November 2019, an interdisciplinary team of economists and evolutionary anthropologists published an article in Science with a grand and provocative argument. It is also a historical argument, made without a historian on the team; consequently, it reduces the complex history of family, kinship, and incest to an abstract data point, one that elides the place of incest in the modern and premodern world. We felt compelled to take note. As historians who study incest and kinship, we would never argue that the incest prohibition is of little importance. Nor would we discourage scientists from using history. Even so, historians could have helped the authors make sounder use of the materials they engaged with (and some they did not).

Deploying an influential social-scientific concept known as WEIRD (Western Educated Industrialized Rich Democratic), the article asserts that a distinctive Western psychology—one valuing agency, autonomy, and kindness toward strangers—explains the differential development trajectory of the West and the Rest. “The Church, Intensive Kinship, and Global Psychological Variation” tells a linear story of how Westerners became WEIRD. Beginning in the sixth century CE, when the medieval Church became “obsessed” with incest, the article adopts a claim made by the eminent social anthropologist Jack Goody: that European kinship was transformed in the post-Roman West when Church officials broadened incest prohibitions, discouraged remarriage and adoption, and thereby redirected the flow of property away from families into the Church, weakening kinship. Church authorities codified a prohibition on marriage extending to third and, later, to sixth cousins. Combined with the abolition of polygamy, this resulted in a decline of extended kin networks and the emergence of the monogamous nuclear family. The transformation of the incest prohibition by the Church, the authors conclude, created the foundation for individualism, civil society, and democracy.

The Science team took Goody’s idea and performed a battery of statistical regressions to show that the intensity of WEIRD traits corresponds to the duration of a population’s exposure to western Christianity, as measured by the date of the foundation of Latin bishoprics: the longer the exposure, the stronger the WEIRD traits. This conclusion is reinforced with modern demographic and ethnographic data about rates of cousin marriage, followed by laboratory interviews with living subjects to gauge their WEIRD psychologies.

The work is promising, with opportunities for exploring the relationship of historical phenomena to the present—a relationship that historians keenly feel but are not always equipped to demonstrate. On the other hand, historians possess a disciplinary expertise that can help explain the data in ways that go beyond correlations of the Freakonomics variety, enriching rather than merely reinforcing our understanding of the multilinear “evolution” of human cultures.

Historians possess a disciplinary expertise that can help explain the data in ways that go beyond correlations.

Let us imagine what might have happened had the Science research team included period specialists. First, they would have recognized Goody’s description of a Church summarily legislating the WEIRD transformation into existence for what it is: an unworkable model for a time when there was no hegemonic Church capable of implementing such change. As for the population that is alleged to have followed orders and stopped marrying incestuously: we have no evidence for this either. At best, we can discern noble and royal marriages, but we have little sense of broader social patterns. We can document a shift away from polygamous marriage on the part of the powerful in favor of serial monogamy (and serial adultery), but marrying close kin seems to have remained widespread, at least among those visible at the top of the social hierarchy.

Malleable, modified, and routinely flouted, there was never a single set of prohibitions issued by one coherent entity called “the Church” and followed by all Western Europeans. Contests over interpretation remained well into the modern era for Catholics and Protestants alike. While Roman Catholic communities continued to play fast and loose with the rules governing who counted as close kin, the prohibition of “cousin marriage” was left behind in many Protestant societies.

If the demographic frequency of cousin marriage fluctuated over a period of 10 to 15 centuries, it by no means disappeared. Indeed, it was of the utmost importance to the history of capitalism and race in the US, for instance, where some scholars argue that up to one-tenth of antebellum marriages between white southerners occurred between first or second cousins. This was even more prevalent among wealthy southern planters and functioned to consolidate property within clearly bounded lines of inheritance. Just as important, it promoted the racial purity of “whiteness,” acting as a bulwark of white supremacy. When mid-19th-century British and American physiologists and phrenologists debated the legitimacy of cousin marriage and reproduction, many of them favored it.

Studiously excluded from the Science study, therefore, are the hallmarks of modernity: European colonialism and the transatlantic slave trade. It is impossible to neatly disentangle individualism, civil society, and democracy from histories of colonialism and slavery. And the history of incest prohibitions is, in part, a history of the marker between “the civilized and the savage,” a line that has animated the logic of colonialism for centuries; indeed, it marks the earliest studies of kinship by anthropologists, who asserted in the 19th century that evolution moved all of humanity toward monogamous marriage. It was not exposure to Latin bishoprics, then, but the weight of European colonialism that explains why the maps of “kinship intensity” and “cousin marriage” in the Science team’s research supplement show no differences between the old Frankish heartlands, the United States, Canada, Mexico, and most of South America.

All of which is to say that the history of the incest prohibition sits at the vexed intersection of sexuality, family, kinship, race, colonialism, and the psyche. To elide that history with cultural evolution is to misunderstand the role of history in mediating . . . cultural evolution. Including historians on the research team could have enriched the interpretation of the data and helped in the development of a more supple explanatory model.

What all disciplines strive for is a deeper understanding of the human condition; cross-disciplinary work has the potential to illuminate a richer picture.

Should the team continue this absorbing research, it can tap promising historical work now being conducted on early medieval Europe. For instance: though the team makes note of Karl Ubl’s work on incest legislation, it misleadingly uses Ubl’s research to buttress Goody’s thesis. Had someone like Ubl been included on the Science team, the team might have been privy to a heightened understanding of the Frankish ecclesiastical, political, and aristocratic pathways responsible for incest legislation. Moreover, Ubl has developed the Bibliotheca Legum, a powerful database for researching the early medieval law codes that transmit incest legislation. Similarly, and with the help of a sizable Leibniz Prize, Bernard Jussen assembled an interdisciplinary team whose lexical database makes it possible to explore the political and kinship vocabulary of early medieval Europe. Their work not only will elucidate the shift from the agnatic kinship of the ancient world to the cognatic, “marriage-centered” kinship of early medieval Europe, but will also explore the problem left unexamined by Goody and only partly explained by Ubl: how did a society lacking strong central authorities—compared, say, to Tang China—experience such deep social changes? What exactly was the relationship of this transformation to Europe’s early institutional history?

We can also point with great admiration to the work of an international team of historians, geneticists, archaeologists, and anthropologists who study ethnicity and mobility in late antique and early medieval Europe. Their work is tentatively shedding light on the elusive kinship patterns of pre-Christian Europeans that were more assumed than demonstrated by Goody and the Science team who relied on his research. Over the past 15 years, Christopher Johnson, David Sabean, and Simon Teuscher have examined the broad patterns of kinship from the later middle ages to the present. Among the many riveting findings made by this group of historians and anthropologists is the rampant rate of cousin marriage in Europe between 1750 and 1850, a development linked to economic strategies in modern capitalism. The practice abated with the onset of Darwinian thought and the geneticization of “blood,” which underscores again the non-linearity of historical and cultural change.

The history of modern Europe, and those areas yoked to European culture by colonialism, is a multiplex story told most profitably by cross-disciplinary work that makes use of the specialized methods we have on offer. We must acknowledge the political contours of this work and avoid positivist traps that lead to pat, linear narratives. After all, what all disciplines strive for is a deeper understanding of the human condition; cross-disciplinary work has the potential to illuminate a richer picture. The history of the incest prohibition is one that opens onto the variegated ways in which family and kinship are made, oppressions and subjection are sustained in intimate life, and broad structures help determine the contours of daily life. This context is lost—and, with it, the possibility of various lifeways occluded—when history is reduced to abstract data.