A Historian’s Adventures in Going It Alone

When it appeared in 2011, my book The Great A&P and the Struggle for Small Business in America did reasonably well. Six years on, the commercial publisher had lost interest, even though the rise of online shopping had made the subject—the historical conflict between Americans’ faith in capitalism and our desire to preserve small, locally owned business—a hot topic. I decided to take matters into my own hands. Getting my book republished, though, turned out to be a lengthier process than I had imagined. My experience may be informative to other historians. 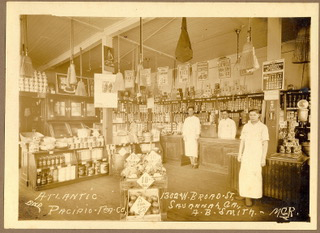 Marc Levinson experienced the trials and tribulations of self-publishing in preparing The Great A&P for a second edition. Courtesy Marc Levinson

Step one was regaining the rights. In October 2017, my agent took this up with the publisher. Seven months later, I received a letter conveying the rights. Since my main interest was making the book available rather than earning money, my plan was to offer The Great A&P, with an added chapter, to academic publishers for royalties only. But prospective publishers lost interest when new copies of the first edition unexpectedly appeared for sale online. By early 2019, it was obvious that self-publishing was my only alternative.

Unfortunately, I had no rights to the original publisher’s design files. For the technologically adept, it’s possible to master the software and self-publish a book at minimal cost. For me, republishing required the help of a book designer, with associated costs. Most of the consultants I identified offered packages with services I did not want, such as editing and marketing. In July 2019, I found Jera Publishing, who could convert my PDF copy of the book to a Word document and prepare the manuscript for print-on-demand and e-book distribution. I signed a contract with Jera in mid-August and by early September, their book designer sent me a Word document of the manuscript. It was up to me to go through it, line by line, identifying missing or unwanted hyphens and problematic line breaks and then adding my new chapter. The designer advised that the endnotes would have to be converted into hyperlinks for the e-book edition, a matter I had never considered but was willing to pay an extra $160 for their software to perform.

In mid-October, the designed book was ready for proofreading. I found that two endnotes had gone missing when the PDF file was converted, along with a few other errors. After Jera inserted the fixes, it was my turn again. I decided to redo the index myself. With the index in place, the book designer informed me in early November that the book was 398 pages long.

I passed this information to the cover designer, who had agreed to let me reuse her original cover for a fee. She added “Second Edition” to the front and the spine, placed a new ISBN number that I purchased from Bowker Identifier Services on the back, and created a separate e-book cover. The book designer immediately raised an alarm: the cover needed a minor adjustment to meet the requirements of Amazon’s Kindle Direct Publishing (KDP) for print-on-demand books.

Getting my book republished, though, turned out to be a lengthier process than I had imagined.

Now came the business decision: how would I distribute my book? Here, irony ruled. The subject of The Great A&P is market power, specifically, whether the eponymous grocer, then the world’s largest retailer, had excessive power over food retailing from the 1920s to the 1940s. The new chapter discusses how technology allows Amazon to exert market power in ways A&P never could. But KDP offers self-publishing authors a much higher royalty if Amazon has exclusive rights to sell the book. My heart wanted to support small booksellers, but my head knew that most people searching for the book were likely to check Amazon’s website anyhow. I gave Amazon sole rights. The pricing was up to me. I decided on $9.99 for the e-book and $13.99 for the paperback, hoping that low prices would encourage sales.

I paid Jera a bit extra to upload the files to KDP, which required minor adjustments of the paperback cover again. I purchased galleys from KDP and found a few more errors over a week of proofreading. On December 9, Jera uploaded corrected files and released them for publication.

Except . . . KDP soon informed me that the e-book did not meet its standards either. I had not checked the URLs provided as sources in the first edition, and KDP’s software identified six that no longer worked. Jera uploaded the corrected book a fourth time and finally, in January 2020, the second edition of The Great A&P was complete.

From start to finish, regaining the rights and republishing my book took 27 months. And the project was still not done; copyright registration was my responsibility, requiring me to pay a fee to the US Copyright Office and submit a copy of the book. Still, the total cost—a bit under $2,000—was manageable, and the repeated rejections from KDP made me very glad I had hired professionals to handle design and composition. The end product, printed on demand, looks every bit as nice as the commercially published first edition.

From start to finish, regaining the rights and republishing my book took 27 months.

Would I recommend self-publishing to other historians? The answer depends on the purpose. Publishing a book, after all, is the easy part. Drawing attention to it is much harder. In my case, I anticipated no buzz around a book that already had been widely reviewed. Whether reviewers and the media will take a self-published book seriously I cannot say. But then again, many commercial and academic publishers fall short when it comes to buzz-building. No matter how a book is published, marketing ends up being the author’s job.

But I have achieved my goal in publishing a second edition: making sure my book is available. Historians, economists, and lawyers are engaging in thoughtful discussions about whether antitrust laws drafted more than a century ago are adequate for the modern digital economy. I’m hopeful The Great A&P will bring useful context to that debate.

Marc Levinson is an independent historian who lives in Washington, DC.