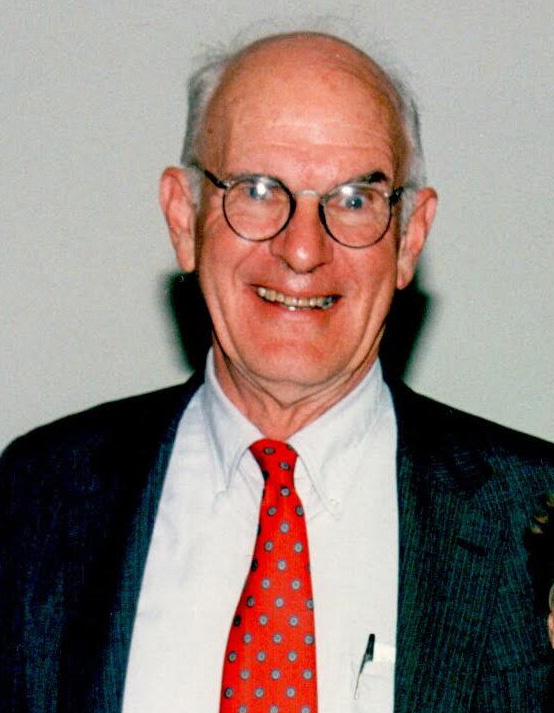 Roger H. Brown loved the White Mountains of New Hampshire as much as he loved libraries. A great hiker, with a long stride, in England he would be called a strong walker. After a life of adventure with books and in the outdoors, Roger passed away on March 19, 2020, at 88 years old.

Born in Cleveland, Ohio, to a family of New Englanders, Roger attended Exeter Academy, then Harvard University, where he earned his BA (1953) and PhD (1960). He was a teaching assistant for Samuel Eliot Morison and spoke often of his mentor, Frederick Merk. A historian of early American politics, Roger’s research focused on the origins of the United States and the experimental, even tenuous, nature of the early republic. Before completing his graduate studies, he authored The Struggle for the Indian Stream Territory (Western Reserve Press, 1955). Roger’s first major book, Republic in Peril: 1812 (Columbia Univ. Press, 1964), argued that partisan rancor in the 1790s was the foundation for the decision to go to war with England, but that war was ultimately undertaken to secure the republic. In short, James Madison and the Republicans of 1812 had an admirable, even laudable, ambition for war.

In 1993, he published Redeeming the Republic: Federalists, Taxation, and the Origins of the Constitution (Johns Hopkins Univ. Press). Based on extensive study of state politics in the 1780s, Roger showed a pattern of failure to meet the financial contributions needed by the central government. He argued that taxation, as instrument and practice for a nation in debt and seemingly without the means to become solvent, became the leading cause for champions of a federal government under the new Constitution and then for establishing a “Republic, firm but flexible, that would last for the ages.” In the American Historical Review, this work was described it as “superbly researched” and “must reading for every student of the period.”

Roger taught at Dartmouth from 1960–63, but he spent the core of his academic career (1965–98) at American University, where he also served as history department chair. Always generous to the university, Roger founded Friends of the Library at AU. He also funded a graduate student dissertation-completion fellowship, remembering how meaningful that kind of support had been for him at a similar stage. He continued to offer courses as an emeritus professor, to the great delight of the many students who were inspired by his passionate commitment to the craft and the discipline of history and to the importance of early America. Students remember his uncanny mastery of intricate histories, his ability to render complex historical analysis in pithy stories, and his kindness with colleagues and students alike.

A descendent of the Roger Brown who fought at Lexington and Concord during the American Revolution, Roger appreciated his family’s early American heritage. He also used that heritage to teach and to learn. He enthusiastically showed students an 18th-century gentleman’s silk suit—more than one student remembers the agony of watching Roger stuff his very tall person into a very small and seemingly fragile jacket. And he shared family papers with his fellow scholars.

A keen sportsman as well as outdoorsman, Roger also loved theater and the arts and was a member of St. Anne’s Episcopal Church in Reston, Virginia, for many years. Roger is survived by his beloved wife, Nancy Barrow Brown; his children, Matthew and Jennifer, from his first marriage to Christine Brown; his stepchildren Martha Buonato, Sarah Wright, Lisa Wright (widow of his late stepson Chris Wright), and their families. A wide circle of family, colleagues, and friends will miss him enormously. From North America, Britain, and Africa, many from this far-flung circle attended an online funeral service in late March. Roger will be buried in the family plot at Sleepy Hollow Cemetery in Concord, Massachusetts.