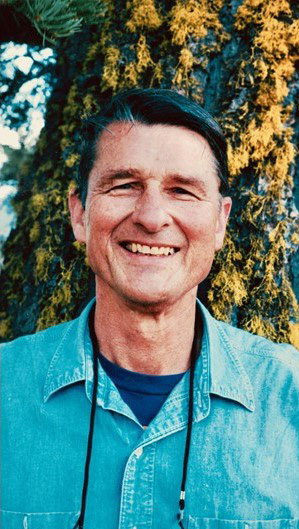 Karl Hufbauer, professor emeritus of history at the University of California, Irvine, died on January 28, 2020, at his home in Seattle, Washington, after a long struggle with diabetes and Parkinson’s disease.

Karl was born in San Diego, California, on July 7, 1937. He earned joint degrees in history (BA) and engineering (BS) at Stanford University in 1959 and a diploma in history and philosophical science from St. Antony’s College, University of Oxford, in 1961. He obtained his PhD in the history of science from the University of California, Berkeley, in 1970, with a dissertation directed by Roger Hahn, Hans Rosenberg, and Charles Susskind.

Karl began teaching at the University of California, Irvine, only one year after its creation and spent his entire career there, from 1966 through 1999. During this period, he sat on countless departmental, school, and university committees (including the important Committee on Academic Personnel). He served as chair of the history department from 1992 to 1996, and from 1997 to 1998, he was director of the Education Abroad Program in Copenhagen, Denmark, and Lund, Sweden. His colleagues remember him as a truly outstanding administrator and chair—a person of undisputed integrity, always well-informed and impartial but insistently pursuing the interests of his academic unit and of his colleagues, always firm in his commitments and convictions, and always fair-minded. He was also an outstanding teacher.

In his scholarship, Karl sought to understand and describe the history of science as a social product, in part under the influence of Thomas Kuhn—with whom he studied during his first year at Berkeley. “I believe that the central problem of the history of science,” he once wrote, “is to understand how scientific knowledge has been generated and certified in different social contexts.” To exemplify his conceptualization of science, Karl focused on two extended case studies. In 1982, he published The Formation of the German Chemical Community, 1720–1795 (Univ. of California Press), an expansion of his PhD dissertation that examined how increasing social support for chemistry in Enlightenment Germany enabled chemists to form one of the first national discipline-oriented communities. His second book, Exploring the Sun: Solar Science since Galileo (Johns Hopkins Univ. Press, 1991), studied the history of inquiries into the sources of stellar energy and the fruitful collaboration of astronomers and physicists in their effort to understand this phenomenon. The study was commissioned and supported by a grant from NASA. These projects embodied Karl’s interest in the conditions and considerations that inspire some scientists to venture outside the familiar ground of their own disciplines in pursuit of interdisciplinary connections and conclusions. He also published a large array of reviews and articles.

Karl retired in 1999 and relocated to Seattle, Washington, to be close to his daughter and grandchildren. After retirement, Karl participated regularly in the meetings of colleagues interested in the history of science at the University of Washington.

Beyond his academic interests, Karl was a mountain climber, a scuba diver, and a passionate rock hound. Despite his passion for stone, he surprised his colleagues when he took up sculpture after retirement. He purchased a set of electric sculpting equipment and worked for several years in his basement and in a rented studio. He took regular trips to hillsides and creek beds throughout the western United States looking for promising material on which to work. Several of his creations were purchased both locally and nationally, and a number are on public display: in one of Seattle’s leading hospitals, in a sculpture garden on one of the San Juan Islands, and in the Huntington Library Gardens of San Marino, California.

Karl is survived by his wife of over 59 years, Sally; his children, Sarah Beth, Benjamin, and Ruth; and six grandchildren. His friends and colleagues will miss him very much.

Tags: In Memoriam History of STEM