Citizens Work Together to Contain the Virus

Contemporary social historians are trained to examine the experiences of ordinary people, centering their experiences and perspectives in a “history from below.” Such an approach, allied with cultural history, refuses to trace a straight line from conspicuous centers of power outward (or downward). Instead, it examines the dynamic and disjointed multidirectionality of power. How might a social and cultural historical perspective inform our understanding of China’s response to COVID-19? The media has spilled much ink on China’s “draconian” measures to contain the virus, or on how the authoritarian state was well-positioned to stamp out the threat posed by the virus because it already monitored the daily lives of its citizens, and had the power to contain political organization, prevent assembly, and monitor religious practices. 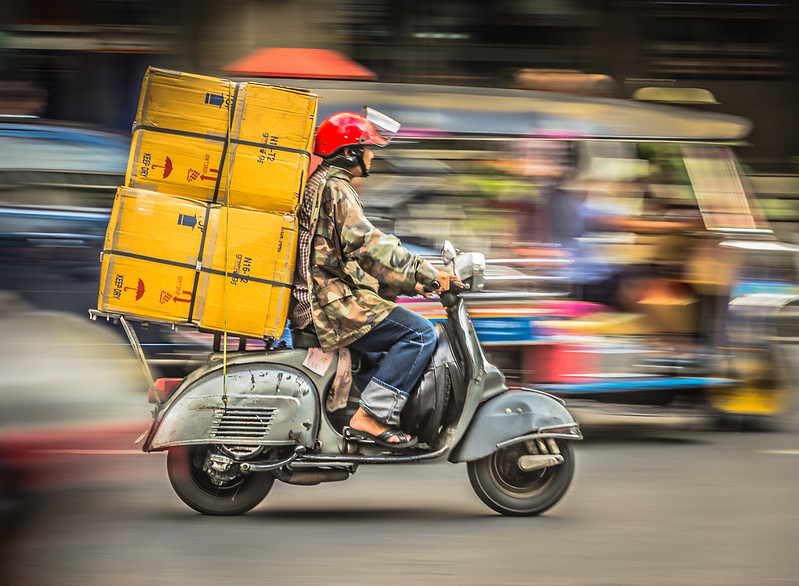 But as a historian currently living and working in Shanghai, I’ve come to the conclusion that the initial movement to contain the virus was driven less by the central authoritarian government and more by ordinary citizens. Indeed, in the early days of the outbreak, the government was almost nowhere to be found. But when Li Wenliang, the doctor who warned of the new contagion, passed away, and other medical workers and local government officials found themselves silenced by central authorities for spreading word of the virus, China’s social media exploded and cities, especially Shanghai and Hangzhou, moved quickly by sending medical technicians and scientists to isolate citizens and initiate studies of the virus. Citizens expressed their anger and frustration and demanded that Beijing get moving on containment. Thankfully, the government responded to the people.

When news of the virus broke, my colleagues and I began wearing masks, limiting our movements, and practicing what would later become known as “social distancing.” A fellow staff member, a Chinese national, convinced us to act immediately and without generating panic, assuring us that the government would quickly follow suit—and follow it did. We maintained tight daily communications, and kept each other accountable for the health and safety of one another. I would call it a localized republican moment. We cooperated, doing our part not as citizens of different nations, but as human beings caring for one another, caring for a global community. The entire city of Shanghai, including us, started this process a few days before official mandates arrived from Beijing. I have communicated with expats living in other cities who have noticed the same thing—citizens taking actions that moved the authorities at the top. Even now, in light of new reports that the Chinese government has not been completely honest about the number of cases, including deaths, related to COVID-19, my Chinese colleagues, friends, and neighbors have continued to take care of their own.

One critical factor behind the actions of the people throughout China is the country’s built environment.

One critical factor behind the actions of the people throughout China is the country’s built environment. COVID-19 spreads from person to person, putting densely populated areas at a greater risk. People in China, especially those in urban centers, live in high-rise apartment complexes that are surrounded by cement walls with one or two main exits. The walls make the complexes considerable hot zones for pathogens. Yet at the same time, it’s easy to close the entrances and for occupants to self-quarantine, as many did without coercion from security guards, police, or government officials. Chinese citizens acted by utilizing their living spaces, and they did so as a community.

Perhaps the resistance to quarantine in Europe or the US has less to do with divisive political ideologies, though these are certainly powerful motivators, and more with practical issues such as obtaining food, water, or other necessary supplies. In China, including in Wuhan, people were allowed to leave their homes, though such movement was limited. China has a highly efficient transportation and delivery network using electric scooters, through which just about any item, essential or nonessential, can be delivered. Businesses, both big and small, rely on these relatively cheap delivery services to meet consumer demand. My wife and I, like most people living in China, have not needed to go to our local grocery store, Costco, or Walmart. We order and pay for everything through our phones, even though we live in a somewhat remote part of Shanghai. These delivery services helped many small Chinese businesses stay open during the crisis, helping alleviate some of the economic stress they’ve faced due to the virus.

The quick response from China’s citizenry can also be understood as a result of the country’s long history of maintaining a greater sense of community.

An argument could be made that containment is easier in China because people there already habitually rely on the government to enforce widespread social measures. But the quick response from China’s citizenry can also be understood as a result of the country’s long history of maintaining a greater sense of community, or as Martin Jacques writes, “the network of personal relationships [called] guanxi.” Guanxi is a sharp contrast from the atomized individualism found in countries like the United States. And in cities like Wuhan, Shanghai, and Hangzhou—the three centers that aggressively addressed the virus—the rapid changes endemic to market capitalism have yet to threaten centuries of Chinese communal habits. Community participation, according to Qingwen Qu, Douglas Perkins, and Julian Chun-Chung Chow, “stems from the Chinese tradition of neighborhood mutual help”—habits of mutual help that predate Communism. During the COVID-19 crisis, Chinese citizens exhibited the kind of republican virtue that has become increasingly foreign in the US.

I have witnessed firsthand how the Chinese seek—often aggressively so—to outdo one another when it comes to neighborly honor. Given its deep divisions, I fear that the US lacks a similar sense of community strong enough to get its citizens to act in a broadly unified manner, though social bonds may exist at local levels. There are signs that this virus will irrevocably change the way we live, so we need more than scattered bits of unity.

While governments bicker among themselves about strategies, American citizens must act; they must do so with the best interest of others in mind, regardless of whether such actions conflict with their particular social, political, or economic ideologies. Time is of the essence, and we all need to work together to help slow the spread of COVID-19.

Ryan C. McIlhenny is a historian and professor of liberal arts and humanities living and working in Shanghai, China. He is the author of To Preach Deliverance to the Captives: Freedom and Slavery in the Protestant Mind of George Bourne, 1780–1845 (LSU Press, 2020).