Announcing the Winners of the 2018 AHA Summer Blog Contest

The AHA is pleased to announce the winners of our 2018 Summer Blog Contest. Follow along as these graduate students blog about their scholarship, research, and work experiences over the summer!

Matthew Bowser, “A History of the Present: Nationalism and the Colonial Origins of Islamophobia in Myanmar” 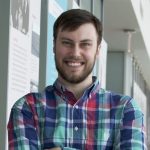 On November 21, 2016, Human Rights Watch reported “a new wave of destruction” in the Rohingya Muslim region of Myanmar’s Rakhine state, using satellite images to reveal 820 newly destroyed buildings in at least five villages. The organization identifies this event as part of a larger humanitarian disaster that has continued since the middle of 2012, and defines the destructive activities of the military and the local population led by Buddhist political monks (pongyis) as “ethnic cleansing.” This persecution is only the most recent in a long history of Islamophobic prejudice and discrimination in Myanmar.

My blog series will provide historical context for this important human rights issue, and demonstrate how understanding the history of racism is key to dismantling it. It will focus on a British report trying to discern the causes of sudden and unprecedented anti-Muslim riots in Myanmar in 1938, The Final Report of the Riot Enquiry Committee (1939). The source itself is as traditional as can be, but remains relatively under-examined and has, until now, been taken by scholars of Myanmar at face value. The report concludes that the cause for the riots was not religious but political, an attempt by Burmese nationalists to undermine British rule by causing mayhem. This series will approach the report from a world-historical perspective: not only looking at the rising Burman-Buddhist nationalist movement and British colonial response, but also the multi-layered nature of colonialism in the Indian Ocean world at the time. It argues that Burmese nationalism was largely structured around protecting ethnic Burmese and the Buddhist religion itself from colonial exploitation. Therefore, Islamophobia was a central element of Burmese nationalism, not just a side effect.

As this August marks the 80th anniversary of these riots, this blog series will fulfill two goals. First, it will address a current human rights issue happening in our world today, and inform the public on the historical origins of the crisis. Second, it will bring attention to nationalism and racism, topics that are certainly more relevant today than in recent memory.

Originally hailing from Scranton, Pennsylvania, Matthew Bowser graduated from the University of Pittsburgh with a BPhil in history and classics in 2013. He is currently a PhD candidate in world history at Northeastern University, and is interested in studying the roles of nationalism and socioeconomic stratification in the origins and maintenance of race and racism. As a specialist of the British Empire and the Indian Ocean world, his dissertation focuses on the origins of Islamophobia in colonial Myanmar during the Great Depression.

I’m currently working on a dissertation project that examines a trash incinerator in Detroit—why and how it was built, the citizen backlash against it, and the international court case to shut it down. Throughout the project, I consider changing perceptions of trash, from municipal burden to ominous disaster to useful commodity. It was this dissertation topic and the skills I’ve gained as a historian that led me to my current position as graduate assistant in Loyola University’s Office of Sustainability, which supports the entire campus community in forwarding sustainability—environmental, economic, and social. I run a farmers market, support faculty who want to integrate sustainability in their teaching, help manage an undergraduate intern program, and shape our office’s outreach and education on waste, landscaping, and transportation.

For my blog series, I propose writing two blog posts on how my training as a historian feeds into the work I do at the Office of Sustainability, and vice versa. The first post will discuss how I positioned my skills and experiences as a historian and my perspectives as a scholar in the humanities to successfully gain a job in sustainability. The AHA’s Career Diversity Five Skills are a useful analog for the way I framed my professional experience.

The second blog post will consider the opposite—how my skills and experiences in the Office of Sustainability have made me a better historian. Being the only historian, and usually the only humanities professional, in a science-forward office has taught me a great deal. I’ve had to listen closely in order to learn about unfamiliar theories or concepts from my colleagues, and I’ve learned how to communicate to individuals who are not interested, or even resistant, to what I have to say. In our ever-changing world where people are not always interested in the past, we as historians must meet the public where they are in order to communicate the importance of history and the humanities.

Chelsea Denault is a doctoral candidate in public history and US history at Loyola University Chicago. Chelsea earned her BA in history from Albion College and has worked as a public history professional for various museums, historic preservation organizations, and archives in Chicago. Her dissertation, “‘An Environmental Sleight of Hand:’ Trash, Technology, and Activism in Detroit, 1970–1989,” considers how anxieties about waste, energy, the environment, and urban decline led to the construction of a trash incinerator in Detroit and sparked a grassroots movement against the facility. 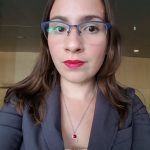 My summer blog series will survey two dimensions of my experience historicizing Puerto Rico during the aftermath of Hurricane María. The storm recently made headlines in the United States and throughout the world. Puerto Rico is now at a pivotal point in its history—Hurricane María aggravated the island’s economic crisis and problems related to it, such as the local government’s debt, mass migration, and the collapse of antiquated infrastructures. My contributions will show how discussions regarding the historical profession can shed light on the present-day status of Puerto Rico and its relationship with the United States more broadly.

My first post will expose mainland US scholars to the hardships of doing historical research in Puerto Rico, and how island students and intellectuals have kept working through the months following the storm. The island’s fiscal crisis impacts most, if not all, aspects of everyday life, including historical research. But Hurricane María added new difficulties—closed archives, limited library resources, cancelled conferences, and a new degree of governmental disregard for intellectual production. I have been engaged in full-time dissertation research in Puerto Rico since July 2017, and my personal experiences, together with my relationships with island scholars, allow me to assess the new realities of academic research after the storm.

My second post will explore the impact of the storm on my own work as a historian. My dissertation, “Campus, Conflict and Island Transformations: The People of the UPR-Río Piedras, 1952–1981,” analyzes student resistance at the University of Puerto Rico, Río Piedras Campus (UPR-RP) during the mid-20th century. Today, the university is at the forefront of local debates about the island’s recovery. The development of the Puerto Rican Commonwealth, alongside political and intellectual movements at local and international levels, influenced the UPR-RP’s student movement. This post will evaluate how processes that characterize later phases of Hurricane María’s aftermath, such as austerity, state repression, and growing unease about the island’s future, also appear throughout the history of the UPR-RP’s student movement and Puerto Rico more broadly.

Aura S. Jirau is a PhD candidate in history at the University of Pittsburgh. She holds an MA in history from the same institution and a BA in history of the Americas from the University of Puerto Rico, Rio Piedras. Her work’s main mission is to use the 20th century and the Cold War to frame Puerto Rico in transnational and global contexts. Her doctoral dissertation traces the mid-20th century student movement of her undergraduate alma mater, and its relationships with both the island’s political struggles and its broader socioeconomic transformations. Currently, she researches this project full time on the island.

The AHA Summer Blog Contest is designed to highlight the voices of graduate students and to emphasize the importance of communicating the work of historians, broadly defined, to a variety of audiences and in a variety of media. See the original contest announcement for more information.