Photographing Spanish Harlem in the 1980s

In the late 1980s, documentary photographer Joseph Rodriguez immersed himself in New York’s Spanish Harlem community and captured intimate moments from residents’ everyday lives—from sidewalk salsa dancing to stairwell socializing. The unexpected success of the project led to a May 1990 cover story for National Geographic, a 1994 Smithsonian book publication, and a parade of exhibitions at art houses and museums. Now, powerHouse Books is re-releasing the series, including previously unseen images, in Spanish Harlem: El Barrio in the ’80s. 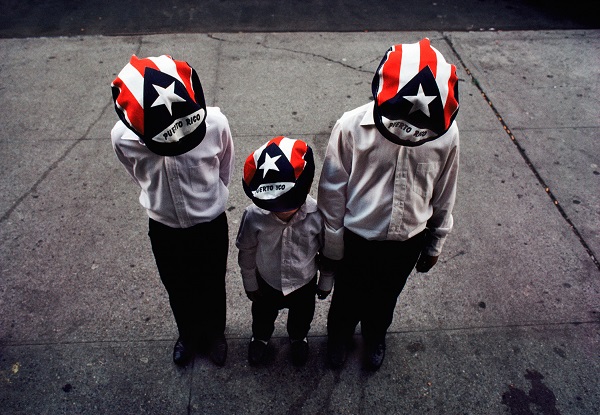 Rodriguez’s photographs were (and remain) a rare window into a place that is considerably less famous than its adjoining neighbor to the west, the historically African American neighborhood of Harlem. Between the 1920s and 1940s, thousands of Puerto Ricans began settling in the area, also known as East Harlem or El Barrio, transforming it into a cultural hub. Rodriguez was raised in Brooklyn but frequently visited his uncle’s candy store in El Barrio as a child. In Spanish Harlem, he writes about being part of a spirited community where “people on the block would come by to play dominoes, listen to the music of Puente, Palmieri, Colón, drink beer and talk about baseball.”

“When I was growing up in New York City,” Rodriguez told Perspectives, “I didn’t see any Puerto Rican American photographers like myself. Everyone was one color.” He was determined to change all that: “What I was hungry for, when I was getting into my career, was to speak about a community I was close to, from a different spin.” Rodriguez was frustrated that the newspapers seemed to mention El Barrio only to report crime. “When you grow up feeling like you’re the Other, which is what you’re told, when you’re a young person,” he says, “it’s like salmon trying to swim upriver.”

Rodriguez spent much of his early career trying to persuade public media outlets to embrace Hispanic perspectives. In early 1990, the Spanish Harlem photographs played a role in an infamous shake-up at National Geographic. Shortly before the cover story featuring his photographs was published, the magazine’s then-editor, Bill Garrett, was ousted for attempting to drive the publication in a more contemporary direction—recent issues had featured stories on AIDS, the Exxon Valdez oil tanker spill, and postwar Vietnam. The old guard “felt they should not be doing stories about poverty in America,” recalls Rodriguez. The story ran nevertheless, and Rodriguez subsequently visited the National Museum of American Art (now called the Smithsonian American Art Museum) in Washington, DC, to gently complain, “I don’t see us represented here.” It worked—the museum printed his photographs as part of its American Scene series. 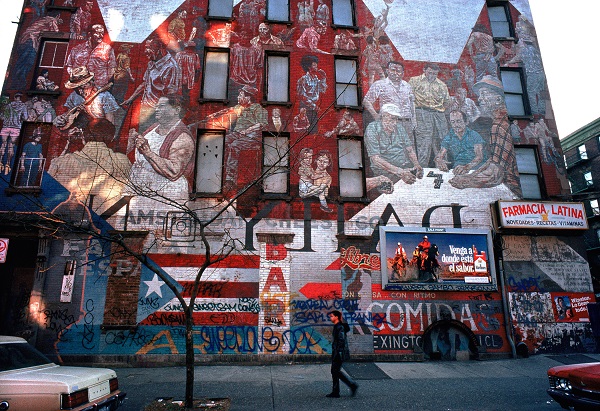 This new publication is a book of documentary photography, but its creator thinks a lot like a historian. “I tend to work on long, long, long, long projects,” Rodriguez said. “I’m kind of different that way. A lot of other photographers tend to go in and photograph and leave and go on to the next thing.” He acknowledged being influenced by other photojournalists who “changed the arc of the country with their photographs,” such as Dorothea Lange. “That’s the way I was trained in school: where’s the issue, where’s the problem, let’s document the problem so we can hopefully talk about the problem and change the discourse.”

“When I was growing up in New York City, I didn’t see any Puerto Rican American photographers like myself.”

Rodriguez was first assigned to shoot Spanish Harlem as a student, and his familiarity with the community helped him build trust with his subjects. Over time, families opened up to him and welcomed him into their homes. “Little by little, a peek here, a shot there,” as the book describes, he amassed his portfolio. After years of searching, the photographer recently reconnected with the individuals pictured in the book’s cover image, the Rodriguez family (no relation). He remembers feeling nervous during the reunion when he first showed Spanish Harlem to the father of the family, who is depicted in other images selling drugs. “There’s always anxiety about how subjects are going to react,” said Rodriguez, but he was surprised by the man’s immediate embrace of the work. “He said it was important to him to show his children and grandchildren how it was back then. Because the kids are different; they didn’t follow his road.” “What I believe in and what I honor is the word redemption, which for me is also part of history,” he added. “People can change. It’s the American way.” 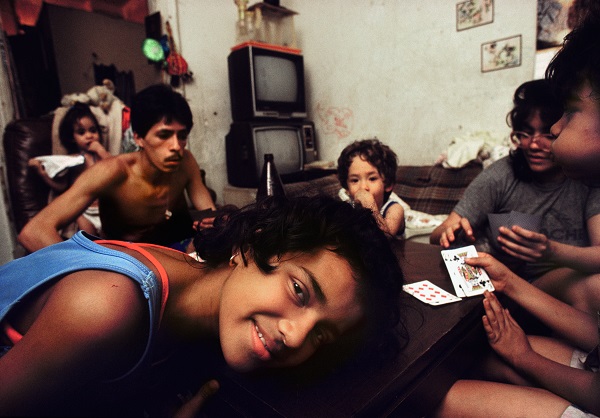 Why revisit the collection now? “It just so happens that the ’80s are popular in America again,” Rodriguez joked, referring to the current surge of nostalgia for ’80s fashion and films in popular culture. But more seriously, he described how he and powerHouse Books sensed that the book would resonate with the public during a time when America is beginning to come to grips with its rapidly expanding Hispanic population. He recalled, “I was telling the New York Times, the Washington Post, the Smithsonian . . . ‘Hey, guys! We’re growing!’ And now we are where we are. I saw that coming back in ’85.”

The photos in Spanish Harlem have no captions, which some readers might find vexing. But Rodriguez emphasized that this was a purposeful decision, given that the images have been so widely viewed and taught. “This time we wanted to just let the photos speak for themselves,” he said. “The project was really about me being a Latino, trying to look at a community that was basically reflecting who and what I was about, and seeing if we could document that, to just put down in New York history that we existed. Now it is part of New York history.”

All images courtesy of Joseph Rodriguez and powerHouse Books. As in the book, they are reprinted here without captions.