The 2011 AHA Election: Report of the Nominating Committee

On behalf of the Nominating Committee, I am pleased to report the results of the 2011 election for AHA offices. The committee is extremely grateful to all the candidates who agreed to stand for Association elective office and committee positions despite their many other obligations. The Association depends for its continued well-being on the willingness of its members to serve. Elected candidates are indicated in boldface. 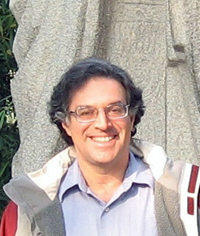 Ballots were mailed to 14,870 members, with 3,417 casting ballots before the AHA constitution deadline of November 1. This was 22.98 percent of the total receiving ballots, compared to the 22.32 percent casting ballots in 2010. With the advent of e-voting, there have been higher levels of participation in AHA elections than the preceding two decades. The rate of return fits closely to the median range of voter participation in major associations, which is 24 percent.

The 2011 election marked the seventh year that AHA members had the opportunity to vote online to elect the Association's officers. The AHA once again used Election Services Corporation of Garden City, N.Y., to prepare and distribute election ballots to AHA members and to receive, validate, and tally the votes. This year, as last, members who furnished valid e-mail addresses and agreed to receive messages were asked via e-mail poll their preference for online or paper ballot. 3,305 members (slightly under 97 percent of those casting votes) voted online and 112 voted by paper ballot.

All AHA members who opted to vote electronically received an e-mail message with a unique computer-generated user name and password, good only for the online balloting system. Once successfully logged in, members could read the election rules and link to the ballot, which was also linked to candidate biographies. Members who lacked a valid e-mail address, or who requested the paper ballot, were mailed a paper ballot no later than September 1. The procedures for paper ballots were essentially the same as in previous years: after filling out the ballot, members returned it to ESC, which entered the information into the system. In theory, a member could receive both an e-mail and a paper ballot. Since the system tracked whether someone voted, separate from specific votes, the system accepted the first vote received and entered into the system from that voter (but without identifying the specific voter).

Individuals who renewed their membership or joined the AHA for the first time after the initial mailing of ballots were also allowed to vote in the election. Anyone who renewed or joined before October 17 was able to vote online or to request a paper ballot. Although no paper ballots were mailed after October 17 (because the remaining time would be insufficient for members to receive and return the ballots to ESC before the constitutional deadline of November 1), those who renewed or joined before October 17 could vote online until midnight of November 1.

Deliberations began at 9:00 a.m. on Saturday, continuing through mid-afternoon on Sunday. Members also circulated names and c.v.'s of potential nominees via email prior to the meeting. The committee's next meeting is January 28–29, 2012 and the chair of the 2012 Nominating Committee will be Page Herrlinger.

The Nominating Committee moved to its principal task: nominating candidates for office. As in the past, the committee was very concerned that all AHA members should have input into the process. Every year the Nominating Committee issues several appeals to the membership at large for nominees. These appeals also stress the committee's commitment to diversity of all kinds. In addition to soliciting nominees in an open letter published in the January 2011 Perspectives on History, this year's chair again urged committee members to poll as many of their colleagues and associates as possible for nominees and to gather vitae before our February meeting. A number of AHA members responded to the open letter with suggestions; others, with expressions of willingness to serve. The committee also retained and reviewed suggestions and vitae of people considered over the previous five years. The nominations we received reflected the diversity of our organization with respect to gender, race, type of institution, field, and rank.

Fulfilling its constitutional responsibility, the committee selected two nominees for each Association office and elective committee position to be filled by election in fall 2011, with terms to begin in January 2012. The committee sought to identify able and energetic members who could work well with colleagues, and who were, where relevant, familiar with broad sections of the profession beyond their immediate fields of expertise. In the case of the president and other top positions, the committee recognized the importance of selecting nominees who could represent the interests of historians to the public at large, and who had demonstrated some degree of administrative skill. In all its selections, the committee was anxious to reflect the broad diversity of the historical profession in terms of type of institution served, geographic location, sub-discipline, interests, gender, and cultural background.

In its deliberations, the committee expressed particular concern about the profession's members who work as adjunct instructors and independent scholars outside the traditional tenure-track system. To guarantee that this constituency's interests could be heard at the highest levels, the committee paired two such scholars for one of this year's elected offices. Further, the committee encourages the Association and its officers to consider a designated Council position, along the lines of the slots customarily held by representatives from public history and two-year colleges.

The committee also proposed a change in its procedures. The Nominating Committee noted during its deliberations that a number of excellent candidates were precluded from consideration because of the current prohibition against duplication of institutions. While the committee fully understands the intent of this rule, it proposed an exemption for the incoming president's institution. The change was approved at the June meeting of the AHA Council.

The committee wishes to thank the staff of the Association, and especially Sharon K. Tune, Director, Administrative Operations, for her consistent outstanding guidance and advice, as well as her patience and good cheer. I would also like to thank the other members of the committee and the members of the past two Nominating Committees. Their good humor, hard work, good judgment, and broad knowledge of the profession made it possible for us to work swiftly and effectively. It was a great pleasure to have served with them.

Carol Anderson (Emory Univ.) was the chair of the 2011 AHA Nominating Committee.