The 2010 AHA Election Report of the Nominating Committee 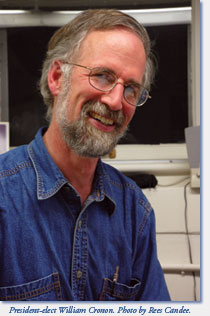 On behalf of the AHA’s Nominating Committee for 2010, I am pleased to report the results of the 2010 election for AHA offices. The committee is extremely grateful to all the candidates who agreed to stand for Association elective office and committee positions despite their many other obligations. The Association depends for its continued well-being on the willingness of its members to serve. Elected candidates are indicated in blue boldface.

The Election Process and Results

Ballots were mailed to 15,172 members, with 3,386 casting ballots before the AHA constitution deadline of November 1. This was 22.32 percent of the total receiving ballots, compared to the 22.53 percent casting ballots in 2009. With the advent of e-voting six years ago, there have been higher levels of participation in AHA elections than in the preceding two decades. The rate of return fits closely to the median range of voter participation in major associations, which is 24 percent.

The 2010 election marked the sixth year that AHA members had the opportunity to vote online to elect the Association’s officers. The AHA once again used Election Services Corporation of GardenCity, New York,to prepare and distribute election ballots to AHA members and to receive, validate, and tally the votes. Members who furnished valid e-mail addresses and agreed to receive messages were asked via e-mail poll their preference for online or paper ballot. 3,159 members (slightly over 93 percent of those voting) voted online and 227 voted by paper ballot.

All AHA members who opted to vote electronically received an e-mail message with a unique computer-generated user name and password, good only for the online balloting system. Once successfully logged in, members could read the election rules and link to the ballot, which were also linked to candidate biographies. Members who lacked a valid e-mail address, or who requested the paper ballot, were mailed a paper ballot no later than September 1. The procedures for paper ballots were essentially the same as in previous years: after filling out the ballot, members returned it to ESC, which entered the information into the system. In theory, a member could receive both an e-mail and a paper ballot. Since the system tracked whether someone voted, separate from specific votes, the system accepted the first vote received and entered into the system from that voter (but without identifying the specific voter).

Individuals who renewed their membership or joined the AHA for the first time after the initial mailing of ballots were also allowed to vote in the election. Anyone who renewed or joined before October 17 was able to vote online or to request a paper ballot. Although no paper ballots were mailed after October 17 (because the remaining time would be insufficient for members to receive and return the ballots to ESC before the deadline of November 1), those who renewed or joined before October 17 could vote online until midnight of November 1.

Deliberations began at 9 a.m. on Saturday, and ended mid-afternoon on Sunday. Members also circulated names and c.v.’s of potential nominees via e-mail prior to the D.C. meeting. On Saturday Executive Director Arnita Jones joined the meeting via teleconference for a discussion of matters relevant to nominations, offices and responsibilities, and elections.

The Nominating Committee then moved on to its principal task: nominating candidates for office. With approval of the AHA constitution by the membership in January 2008, the committee was in the third and final year of implementing changes to the leadership structure. Modifications were phased in during the 2008, 2009, and 2010 elections. Beginning January 2011, the Council will consist of 15 members (instead of 12) and each of the three divisions will have four members (who are also Council members) instead of five members.

As in the past, the committee was very concerned that all AHA members should have input into the process. Every year the Nominating Committee issues several appeals to the membership at large for nominees. These appeals also stress the committee’s commitment to diversity of all kinds. In addition to soliciting nominees in an open letter published in the January 2010 Perspectives on History, this year’s chair again urged committee members to poll as many of their colleagues and associates as possible for nominees and to gather vitae before our February meeting. A number of AHA members responded to the open letter with suggestions; others, with expressions of willingness to serve. The committee also retained and reviewed suggestions and vitae of people considered over the previous five years. The nominations we received reflected the diversity of our organization with respect to gender, race, type of institution, field, and rank.

Fulfilling its constitutional responsibility, the committee selected two nominees for each Association office and elective committee position to be filled by election in fall 2010, with terms to begin in January 2011. The committee sought to identify able and energetic members who could work well with colleagues, and who were, where relevant, familiar with broad sections of the profession beyond their immediate fields of expertise. In the case of the president and other top positions, the committee recognized the importance of selecting nominees who could represent the interests of historians to the public at large, and who had demonstrated some degree of administrative skill. In all its selections, the committee was anxious to reflect the broad diversity of the historical profession in terms of type of institution served, geographic location, subdiscipline, interests, gender, and cultural background.

In its deliberations, the committee expressed particular concern about the profession’s members who work as adjunct instructors and independent scholars outside the traditional tenure-track system. To guarantee that this constituency’s interests could be heard at the highest levels, the committee paired two such scholars for one of this year’s elected offices. Further, the committee encourages the Association and its officers to consider a designated Council position, along the lines of the slots customarily held by representatives from public history and two-year colleges.

The committee wishes to thank the staff of the Association, and especially Assistant Director Sharon K. Tune, for her knowledge of the AHA and its members, her expert management in keeping a roomful of historians focused, and her very good cheer in doing so. As in years past, the committee wishes to commend her for helping it navigate what is essentially a complex algorithmic (and heuristic) process to build a slate of candidates that is representative, balanced, and reflects a diversity of historical fields.

The Nominating Committee’s algorithmic process is complicated by two facts. First, some proposed candidates cannot be reached by phone or e-mail during the weekend meeting, which puts other pairings on hold until the committee locates the prospective candidate or eventually moves on to other choices. Second, and of much graver concern, many suggested candidates cannot be pursued because they are not current members of the Association. When one “half” of a good pairing is not an AHA member, the committee must reconsider the other suggested candidate as well. In the committee’s ideal world, every AHA member would be near a phone during the weekends of late January and early February, and every historian in the United States would be a current member of the profession!

On that note, I urge all historians to join (or to rejoin) the Association. The Nominating Committee’s ability to represent the diversity of the 21st-century historical profession in the United States—demographically, generationally, politically, institutionally, regionally, and subdisciplinarily—depends entirely on the current composition of the membership. Historians who wish to affect the direction of the AHA must join. And to those scholars who have been members of the Association—including those who feel un- or underrepresented, but carry on nonetheless—the committee and I sincerely thank you for your ongoing commitment through your dues to and participation in our AHA.

Finally, I am grateful to the other members of this year’s committee and the members of the past two Nominating Committees. Their enthusiasm, generosity, hard work, astute judgment, and rich knowledge of the profession have made it possible for us to work quickly and effectively every year. Each member’s good humor and exuberance (or calm) has made this committee’s meetings an entirely enjoyable, if exhausting, experience. To have worked with this fine group has been a pleasure, and to have served the Association has been an honor.