Budget Cuts and History Jobs: Many Problems, No Easy Solutions 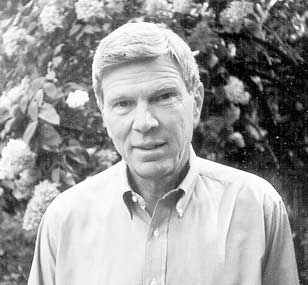 Inaugural addresses by American presidents typically offer upbeat and expansive sentiments. Franklin D. Roosevelt assured Americans that the only thing they had to fear was fear itself. John F. Kennedy called on us to conquer tyranny, poverty, and disease at home and abroad. Ronald Reagan announced an era of national renewal.

As the new president of the American Historical Association, perhaps I should follow their example. But a candid appraisal of the prospects before us inhibits optimism—at least in the near term. Whether or not the economy has begun to recover from the recession that began in March 2001, the impact of that downturn will be felt in almost all areas of concern to us as historians for years to come. Universities, colleges, schools, libraries, museums, foundations, and other venues of historical preservation and interpretation both public and private will continue to experience strained resources. The stock market swoon has decimated the endowments of most private universities and colleges. Philanthropic contributions to these and other educational and cultural institutions have declined. Most devastating of all, state tax revenues have taken a nosedive. Nearly all states face a budget shortfall this year and next—as much as $20 billion in California, $10 billion in Texas and New York, $4 billion in New Jersey, and so on through a list of 45 states with an anticipated combined budget gap of $70 billion in the forthcoming fiscal year.

The ax is already falling on university budgets. Hefty tuition increases will make up only part of the shortfall. Recent improvements in the job market for academic historians are coming to a halt, and if the experience of a decade ago is a guide, things will get worse before they get better-if they do get better. A similar increase of jobs in history during the late 1980s was torpedoed by the 1990-92 recession. The number of positions advertised in Perspectives plunged 26 percent from 1990 to 1992. The disparity between the number of new PhDs in history and the number of jobs listed in Perspectives was greater in 1996-97 than at any time since the disastrous years of the mid-1970s. In previous downturns the decline in the job market lagged a year or two behind the economic cycle; job growth lagged even farther behind economic upturns. If the same pattern occurs this time, we are in for several lean years.

The situation in the early 1990s was even more severe and distressing than indicated by the data in the previous paragraph. Many of those who did secure teaching positions became "adjuncts." From 1990 to 2000 the proportion of history faculty designated as "nontenure track" (not including graduate student TAs) grew from 16 to 33 percent. About four-fifths of these were employed part time—the true adjuncts, often paid (miserably) by the course and compelled to put two or three such appointments together to make a combined poverty-level income. A survey of adjuncts in 2002 found that only 25 percent of them earned more than $20,000 a year. Two-thirds of them reported that they had tried but failed to find a full-time teaching position. Only 29 percent received retirement benefits and 17 percent received health benefits.

The plight of adjuncts became the academic scandal of the 1990s. The problem is not confined to history, of course; it exists in most academic disciplines. It is easier to identify the problem than to come up with a solution. In 1999 the AHA created an ad hoc committee to study the matter; that group has evolved into a permanent joint AHA-OAH committee. Its meetings have discussed several possible recommendations: pressure on colleges and universities to improve working conditions and benefits for adjuncts and to increase the proportion of full-time tenure-track faculty; pressure on accrediting agencies to deny accreditation to institutions that fail to do so; unionization of adjuncts; moral suasion to persuade senior faculty to retire in order to open tenure-track opportunities for younger historians.

Related to the adjunct problem is an increase in the number of nontenure-track full-time faculty who now constitute perhaps one-third of new full-time nontenured faculty in history departments. Anecdotal evidence reinforces the bleak outlook suggested by these statistics. Many of us have known bright young PhDs who are unable to find anything except a series of dead-end one-year positions until they give up in despair and leave the profession. Over the years I have served on numerous search committees to appoint new assistant professors at Princeton. I have been simultaneously impressed and depressed by the high quality of many applicants who have bounced around in one-year "visiting" assistant professorships or other such euphemisms unknown in the academic world a decade or two ago. My awareness that some of these applicants are smarter and better qualified than I was when Princeton hired me 40 years ago has caused me to experience a professional version of survivor's guilt. I had the ironic good fortune to be born during the Depression when the birth rate was low and to come onto the job market during the expansive years when the first wave of baby boomers entered college. Young history PhDs starting out today had the ironic misfortune to be born during the prosperous 1960s and to enter the academic job market at a time of uncertainty and stasis.

The simple economic reality of supply and demand helps explain the soft job market during most of the 1990s. And, perhaps not coincidentally, it was an economist who contributed to the problem. In 1989 William G. Bowen, recently retired president of Princeton University and new head of the Mellon Foundation, issued a study predicting that a wave of retirements in the 1990s would bring a shortfall of new faculty in the humanities to replace these retirees. By 1997, stated the report, there would be only 7 applicants for every 10 job openings! Graduate programs in history dutifully increased their enrollments. The number of new PhDs in history jumped by 32 percent from 1992-93 to 1996-97. But unfortunately, the number of job openings grew by only 9 percent. Fewer anticipated retirements, increased class sizes, and the expanded exploitation of adjuncts threw Bowen's prediction into a cocked hat. Instead of 10 jobs for every 7 applicants, there were 10 applicants for every 7 jobs.

What is the solution? I have no easy answers. Restricting admissions to graduate programs in order to bring supply into closer alignment with demand is one possible answer. But this is easier said than done. Denial of admission to eager and qualified applicants for graduate study is as painful as seeing new PhDs stuck in dead-end jobs or no jobs. Reduced reliance on adjuncts might create more full-time positions and perhaps even more tenure-track jobs, but possibly fewer jobs altogether. More retirements by senior faculty may help, and I intend to do my part in 2004. But even if everyone of my age-67-steps down, it might not make much of a dent. I wish I could echo Roosevelt, Kennedy, and Reagan in this my own inaugural address. But alas, I cannot announce Morning in Academia.

—James M. McPherson (Princeton Univ.) is president of the AHA.