When a Cold Case Becomes a Class Project

I lead a team of students on the tracks of a serial killer in East Tennessee. The 100-year-old cold case seemed to have come out of nowhere when I was simply trying to gather information for a single lecture in my History of Murder class. I fell down a rabbit hole, and like Alice in Wonderland, I found myself in a whole new environment inhabited by astonishing creatures. 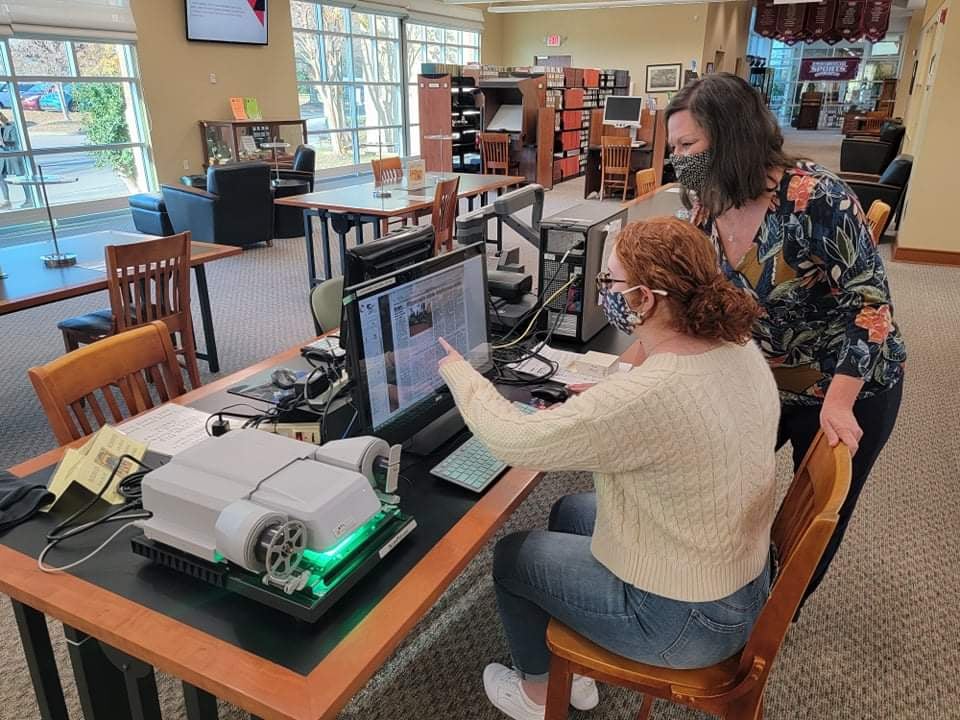 Following a serial killer wasn’t exactly the path I imagined when I arrived at Maryville College to teach Western and World Civilization classes 20 years ago. Though my own specialty is 18th-century France, I teach a wide variety of subjects. This is not unusual at a small institution where a handful of professors must cover the entire globe in every era, or at least try to. When we updated our curriculum and moved away from the survey format in 2016, I was empowered to develop classes on any topic, provided that my students learn the basics of the historical method and the importance of context. It can be challenging to teach in this way, but I have found that I relish the opportunity to develop new classes. I have taught everything from cookbooks to witch hunts. Inspired by research I had done for my second book, Murder, Justice, and Harmony in an Eighteenth-Century French Village (Routledge, 2019), I developed an undergraduate course called the History of Murder in time for the spring 2021 semester. I designed the class for history majors, but it also appealed to criminal justice, psychology, and writing/communications majors. Thus, the 18 students in the class brought a variety of skill sets to the table.

Early in the course, I had planned a lecture on how law enforcement officers rely on their experience when pursuing a case and how that experience can sometimes blind them to innovative lines of questioning. Murder, for example, had long been considered a crime arising from personal conflict, and early serial killers escaped notice because no one could imagine a killer without a personal motive. While preparing for the lecture last January, I set out to find local cases that would interest the students, most of whom had grown up in the area. One website referenced a headline from the Maryville Times in July 1926—“Night Marauder Kills Woman Aged Sixty: Maryville-Alcoa Folk Tremble While the Murderer Goes Unapprehended.” The full text was not included on the page, but a snippet revealed that the victim’s daughter was recently divorced. The police believed the attacker must have been her former son-in-law and refused to listen to her daughter’s protests that it was not. I needed to know more. Unfortunately, the Maryville Times from that period has not yet been fully digitized. The only way I could read the whole issue was to head to the Blount County Public Library (BCPL) and use the microfilm reader. Only with this research did I realize the scope of the violence.

Early serial killers escaped notice because no one could imagine a killer without a personal motive.

This killer, dubbed the Night Marauder by the press, murdered eight people in Knoxville, Maryville, and Alcoa, Tennessee, between 1919 and 1926, the first of whom was Bertie Lindsey in August 1919. Lindsey and her cousin were sharing a bed when a man armed with a pistol threatened to kill them if they did not do as he said. As he climbed into bed with them, Lindsey became frightened and tried to run away. The man shot her and fled the scene. By the summer of 1926, there had been 45 home invasions, with multiple incidents occurring on a single night. The Night Marauder assaulted eight women, shot four who resisted, and killed eight people.

Although the case has never been solved, there were suspects. First, an African American politician named Maurice Mays would be unjustly accused, and eventually executed for the crimes, in 1919. Meanwhile, the attacks continued. The Beck Cultural Exchange Center in Knoxville still leads efforts to exonerate Mays today.

White Maryville resident William D. Sheffey was tried three times for the Night Marauder murders in 1925–26. His case thrilled and horrified the area, and spectators packed the courthouse. The news of the case was reported as far away as Wisconsin and California. However, Sheffey’s first two trials ended in mistrial and the third ended in an acquittal. He left to start a new life outside Tennessee. After that, the killing stopped, and so did the media attention and the investigations.

After learning about the Night Marauder case, I reframed the course to take advantage of the insights possible with this local example. We were tracing the evolution of the definition of murder, how formal criminal justice systems came into being, and how the political and social context of a crime shaped responses to it. Now, in addition to the trade books on historical crime and journal articles, we had a local example of all these themes. At regular intervals throughout the semester, the class returned to the Night Marauder case and considered how our reading had shifted our perspectives on the case.

Organizing the course and student projects around this example required the help of local experts. I am especially indebted to two librarians at the BCPL, Brennan LeQuire and Tim Walker. They, along with a handful of local historians, helped me locate documents related to the case, including the notes of a private investigator hired to catch the Night Marauder. My students now had a treasure trove of source documents unseen for a generation. I distributed copies of these documents to the students as part of a primary source analysis assignment.

The class was a triumph—my students were so enthusiastic about the case that they threw themselves into the research. Students crafted research papers around everything that could be useful in studying this case, from the field of psychology to the extent of forensic analysis possible in the 1920s, the use of private investigators to assist law enforcement, the impact of class and race on the crimes themselves and the ways in which they were investigated, and the era’s sensationalist journalism. One student wrote an incredible essay on southern honor culture as expressed in the way male authorities and reporters wrote about the sexual violence perpetrated during the attacks. Another student, whose family includes members in law enforcement, created a detailed criminal profile of the murderer.

People began to contact me with their own memories or family lore concerning the killer and the suspects.

I wanted to write a book based on the case and asked my students whether they would like to be contributors. Historical true crime is a hot genre right now, and I have always been a fan. Though I wrote several chapters of the book over the summer, the project was still in progress as the fall semester approached. I realized that my teaching load would force me to put the book on hold for a while, and I was not scheduled to teach the History of Murder again until 2022. Not wanting to lose momentum, and knowing students were still excited about the project, I advertised on campus for a research assistant. I received 17 applications, many from students who were unable to take the class.

That may not sound like much, but it is a high turnout for our small campus. Most applicants expressed a desire to help but were unsure how much time each week they could commit to this work. In response, I proposed a research team in which anyone who wanted to help could contribute but no single person would be committed to regular hours. Nine students accepted this arrangement. I set up a Google Classroom with the relevant documents, current chapter drafts, and a list of tasks. The students set up a group text to coordinate work so nobody would be replicating the work of another. I will also move the project forward by including assignments related to it in my Theory and Methods in the Study of History class.

My class and our book project attracted a great deal of local media attention. It was featured in the Daily Times, our local paper, in April 2021 and I was interviewed by all three of the Knoxville television news stations. After those stories came out, people began to contact me with their own memories or family lore concerning the killer and the suspects who had stood trial.

To sustain the buzz around our project, we began to blog at TheNightMarauderProject.com. I composed the first couple of posts to introduce the project. However, with the students’ permission, I have begun editing their essays from last spring for future posts so that they are already published contributors long before the book comes out.

This course design, combining an undergraduate course and a book project, provides an engaging and reproducible model for undergraduate education, regardless of the instructor’s area of expertise. As a historian of France, I sometimes lamented that there was no easy way to involve undergraduates in my research projects because of the language barrier. In addition, I had little knowledge of local history. However, sheer luck and curiosity led me to a mystery to solve, and I have been thrilled to have my students as company on this journey.

Nancy Locklin-Sofer is professor of history at Maryville College.