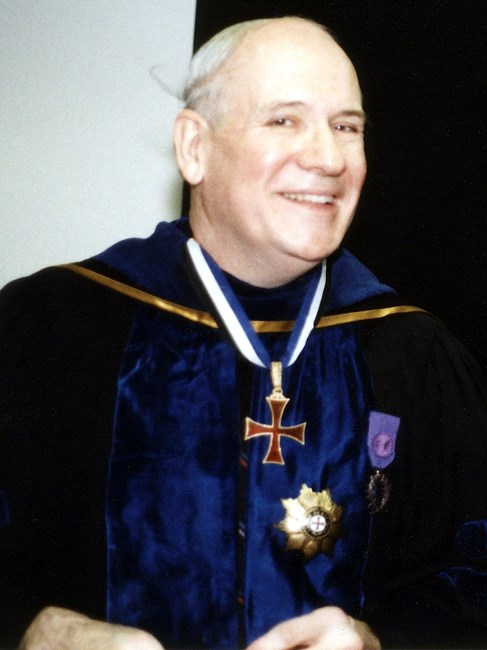 Donald D. Horward passed away at age 88 on October 31, 2021. A native of Pennsylvania, Don completed his undergraduate studies at Waynesburg University before earning an MA at Ohio University. He then attended the history doctoral program at the University of Minnesota, studying with Harold Deutsch and John Wolf. In 1961, Don joined the faculty at Florida State University (FSU), where he remained for over 44 years.

During his long and distinguished career, Don introduced some 16,000 students to the history of the French Revolution and Napoleon and developed a dynamic graduate studies program. He directed his first master’s student in 1963, followed by his first PhD student in Napoleonic history in 1966. Don was one of the founders of the Consortium on Revolutionary Europe (currently called the Consortium on the Revolutionary Era, 1750–1850), established in 1972 to foster the study of Europe during the revolutionary period. He also founded the Institute on Napoleon and the French Revolution in 1990. Eight years later, he became the recipient of the first endowed chair devoted to Napoleonic studies in the United States. By the end of his career, Don had directed 48 PhD and 52 MA students, making FSU one of the most prolific centers in the world for the study of Napoleon and the French Revolution.

Don also made important contributions to Peninsular War studies in his scholarship. Starting in 1965, Don published three major works that offered detailed analysis of the French invasion of Portugal in 1810–11: The Battle of Bussaco: Masséna vs. Wellington (Florida State Univ. Press, 1965); The French Campaign in Portugal, 1810–1811 (Univ. of Minnesota Press, 1973); and Napoleon and Iberia: The Twin Sieges of Ciudad Rodrigo and Almeida, 1810 (Univ. Presses of Florida, 1984), which was also published in Spanish editions. He co-authored or contributed to an additional 20 books and wrote over 50 articles on the revolutionary and Napoleonic period. In all, he addressed various Napoleonic topics at more than 190 conferences in the United States and Europe.

Teaching was always Don’s love, and as a result, he received seven university-wide awards from FSU, including the first Distinguished Teaching Award, established in 1990; three Excellence in Teaching awards (1988, 1994, and 1997); and the university’s first Outstanding Graduate Faculty Mentor Award (2005). He held 15 academic chairs at various American and European universities and institutions, including West Point, Virginia Military Institute, the Marine Corps War College (renewed seven times), and the School of Advanced Warfighting at Marine Corps University. Don lectured at universities throughout the United States, as well as the Smithsonian on several occasions, and gave presentations in universities across Europe.

For his work in the Napoleonic period, Don was decorated by the French, American, and Portuguese governments and recognized by the Czech Republic and Spain. He was elected to the Portuguese Academy of History in 1991, and the following year, he was decorated by the president of Portugal and named a Grand Officer of the Order of Infante Dom Henrique. Don received his most distinguished awards from the French government, being named Chevalier (1984), Officier (1992), and Commandeur (2001) de l’Ordres des Palmes Académique, an order established by Napoleon in 1808 for contributions to historical studies and the sciences. In 2002, the French government recognized his contributions to the field of Napoleonic studies by naming him Chevalier of the Legion d’Honneur, which was established by Napoleon in 1802.

All who have studied with Don or worked closely with him know that he was tough, demanding, and at times hard on his graduate students because he wanted us to be the very best we could be. He was a friend, a father figure, and a role model for us. He taught us how to teach and how to be scholars; he protected us yet pushed us out of the nest for our first unsteady flights through the daunting halls of Europe’s archives; he opened his international network to us so that we could develop professionally; he laughed with us and cried with us; he was larger than life. He was a giant among pygmies.

Don is survived by his wife of 63 years, Annabel Lee Vanscyoc Horward, his beloved companion and traveling partner across Europe for 50 years, who entertained hundreds of his graduate students annually. Without her, he believed, none of his accomplishments would have been possible.