From Discipline-Based to Community-Based: Public History at the 2015 Annual Meeting 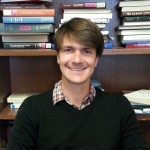 This is one of a series of guest posts featuring subjects important to the history profession that were discussed at the 2015 annual meeting. The author, Nick Juravich, is a doctoral student in US history at Columbia University, where he studies education, social movements, labor organizing, and metropolitan development in the 20th century. Nick is a 2014–15 NAEd/Spencer Dissertation Fellow, and serves as scholar-in-residence at Metropolitan College of New York.

I attended this year’s annual meeting on a mission: learn as much as possible about “public history.” It’s atypical to treat the AHA as a strategy session, but I was preparing for two intensive weeks with a community-based history project called “East of East: Mapping Community Narratives in South El Monte and El Monte.” The AHA-Mellon Career Diversity initiative at Columbia University, “History in Action,” funded this trip, so it seemed appropriate to see what the AHA’s program could offer our efforts. (You can learn more about this award-winning project on KCET and Tropics of Meta.) I picked a trio of panels, and trundled off to the Hilton bright and early on Saturday.

My day began with “The Many Pasts of Public History,” co-sponsored by the National Council on Public History and chaired by Marla Miller (Univ. of Massachusetts). The session demonstrated that “public history” as vocation has a long tradition, both in conventional settings—including the AHA—and beyond. More importantly, public history is not merely academic scholarship carried forth from ivory towers, but requires taking publics seriously as bearers and interpreters of history. Denise Meringolo (Univ. of Maryland Baltimore County) urged public historians to move from “discipline-based” inquiries to “community-based” ones, asking not “what do historians know about this topic” but “what can history do for this community at this moment?” Such a move entails more than a change of scenery. By asking what historians can do to engage community members in documenting and interpreting their history, Meringolo emphasized, public history demands a redefinition of historians as public servants.

Robert B. Townsend (American Academy of Arts and Sciences) argued that public historians must eschew the “professional-amateur divide.” William S. Walker (State Univ. of New York, Oneonta) cited Cherokee leader and historian Clydia Nahwoosky and Bernice Johnson Reagon as exemplary community-based practitioners who worked across professional boundaries to bring understudied histories to a wide range of audiences. These exhortations stayed with me in California, as residents arrived at our events with meticulously catalogued family photos, or prepared to share the oral traditions of the local indigenous community. These encounters reminded us that credentials alone make neither history nor historians. 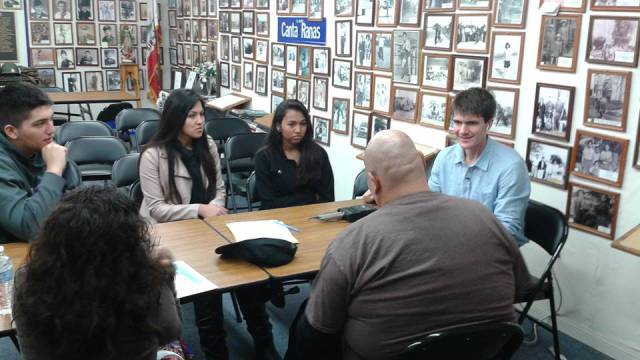 From this panel, I headed uptown to the “Roundtable on Immigration and Global Migration in Public History and the Academy” hosted by the New-York Historical Society in conjunction with its new exhibit “Chinese American: Exclusion/Inclusion.” Moderated by Jack Tchen of New York University, a co-founder of the Museum of the Chinese in America and consultant to the exhibit, the session offered inspiring examples of public-powered historical investigation and interpretation. Alan Kraut (American Univ.) discussed the “treasures from home” exhibit at Ellis Island, which displays donated artifacts carried by migrants. Hasia Diner (NYU) described the joys and challenges of collaborative oral history, and Annie Polland (Tenement Museum) shared the ways that her museum works with families to create its interpretive spaces. Tchen describe his own practice as a “dialogic process” with the public, leading to “community-based knowledge production” in which publics inform professional practitioners.

The panel concluded with a tour of the “Chinese American” exhibit, which includes contributions from New York’s Chinese American community that range from artifacts to videos to stories reimagined as a graphic novel. (For more on the exhibit, see Michelle Lee’s article on NBC News.) As East of East launched in El Monte and South El Monte in 2014, co-founder Romeo Guzmán asked, “How can history be an embodied and lived experience, for all ages, across the landscape of the city?” The commitment to multiple forms of historical presentation in “Chinese American” affirmed East of East’s efforts to make history participatory and relevant through social arts practice, high school workshops, and public events.

I closed out my day with “Being a Public Intellectual: Historians and the Public,” an overflowing panel chaired by Princeton’s Julian Zelizer that focused primarily on interpretive writing for a broad reading public. Technical matters were discussed, and graduate students were duly admonished to focus on their dissertations, but core definitional questions arose quickly. While “ego,” Michael Kazin (Georgetown Univ.) chuckled, motivates many public pronouncements, Peniel Joseph (Tufts Univ.) pushed historians to be clear about our motives. Is being a public intellectual about building CVs and getting on TV, he asked, or can intellectuals influence public debate so as to transform antidemocratic practices, discourses, and policies that, at their deadliest, put lives at risk?

Claire Bond Potter (The New School), whose pioneering blogging at Tenured Radical helped inspire us to live blog our own work, agreed, and warned her audience that such challenges come with real consequences for the scholars who take them up. This conflict, Eric Foner (Columbia Univ.) noted, reveals that history is a powerfully destabilizing public practice, as reinterpretations of popular mythology threaten power structures and hegemonic ideas. Foner’s observation offered a way to tie together these panels: by historicizing hierarchies and revealing, as Herbert Gutman put it, “the contingency of the settled order,” public intellectual work can break down restrictive narratives and make space for new, empowering histories to emerge from community-based practices.

In California, I am fortunate to be working with a team that puts democratic knowledge production and community-based questions at the center of its practice and challenges me to clarify my own commitments as I research, write, and present. These three panels were an inspiration as I headed out to South El Monte and El Monte, and reminded me that appeals to “public history” cannot end after grants are written, CV lines filled, and conference presentations made. If history is truly to be “history in action,” the motion must be constant, as must our search for new collaborations. We cannot destabilize hierarchies and hegemonies without constantly questioning our own.