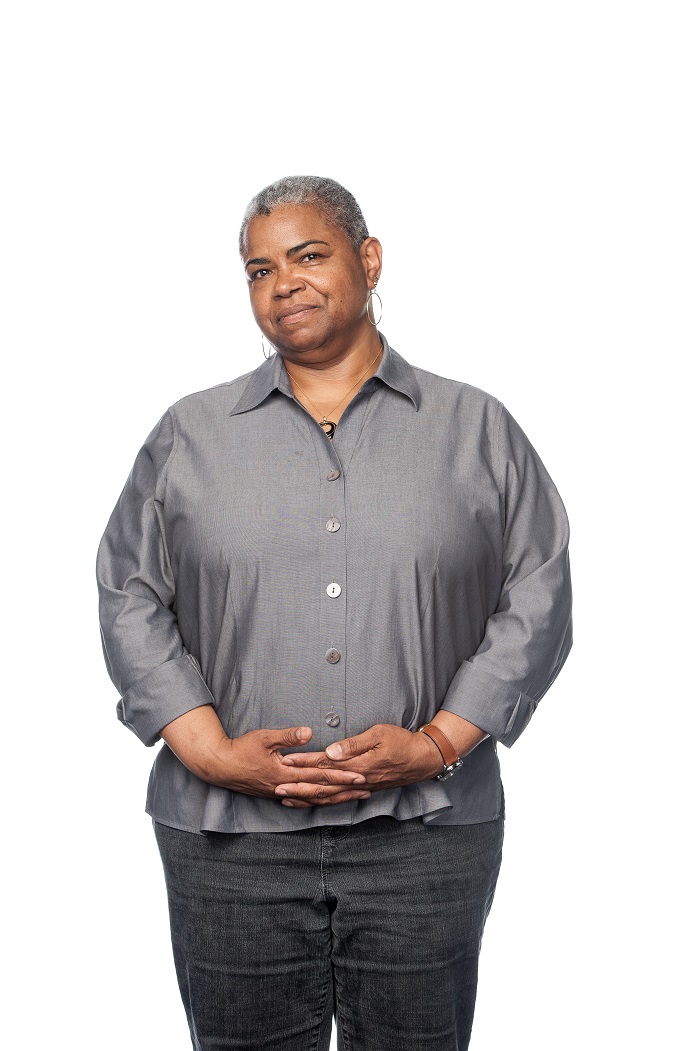 Leslie Brown, who died of leukemia-­lymphoma on August 5, 2016, viewed as critical endeavors the work of gathering memories from her elders and wielding them to reimagine the past. She employed them to wonderful effect as a scholar, teacher, and colleague at the University of Missouri–St. Louis (UMSL), Washington University, and Williams College.

Brown was also devoted to the WNBA, gardening, and pineapple-mango smoothies. As historian Keisha Blain notes, she opened “her home, her office, and her heart to students and friends during good times and bad.” Leslie and her partner, Anne Valk, were considered “the kindest and most magical hosts,” offering food, flowers, conversation, and humor to far-flung family, friends, and colleagues.

Leslie was part of an amazingly diverse and tight-knit group of graduate students at Duke University. Alex Byrd, who was part of that cohort, recalls, “Leslie did more than her share of the work students had to do for scholars in training.” In part, this was because she was older than many of her peers, having worked as a bartender, a manager at McDonald’s, and an administrator at Skidmore College before entering graduate school. When I started teaching at Duke in 1992, she, along with Valk, helped train me as well.

I co-directed Leslie’s dissertation with Ray Gavins, but she already knew what she wanted to write. It was a story that grew out of her personal experiences. Raised by elderly parents in Albany, New York, in the late 1950s and 1960s, Leslie claimed, “I began my career as a historian sitting under the dining room table listening to the grown folks talk.” Those folks grew up in the South and then migrated north. Most were forced to move again when urban renewal shattered their black working-class neighborhoods. Leslie ended up the only black student in a white high school and continued to live between black and white worlds as one of the few African American undergraduates at Tufts University (BA, 1977) and then as part of efforts by McDonald’s and Skidmore College to diversify their enterprises. In the latter job, she was persuaded by LGBT students seeking role models to come out as a lesbian and by faculty to enter a PhD program.

When Brown arrived at Duke in 1990, she joined the Behind the Veil (BTV) project at Duke’s Center for Documentary Studies (CDS). Her interviews with elderly blacks who lived through the Jim Crow era gave substance to scholars’ call for intersectional analyses of race, class, and gender. Most such analyses either focused on a single group, such as working-class black women, or compared two groups—for example, black and white middle-class female reformers. Leslie insisted on examining working-class, middle-class, and elite black women and men and their relations with white women and men. At least she confined her study to one community, Durham, North Carolina.

While working on her dissertation, Leslie coordinated BTV with Anne Valk. This massive oral history project, which collected over 1,300 interviews in 22 black communities, involved collaborations with historically black colleges and universities, senior centers, high school alumni associations, local historical societies, and a bevy of graduate students. Iris Tillman Hill, then CDS director, notes, “BTV’s success was rooted in Leslie and Annie’s work ethic and their joint desire always to do what was right for the graduate students and the communities that participated in this research.”

While juggling BTV and her dissertation, Brown also became the first graduate student to serve on the AHA Council. She then joined the faculty at UMSL, where despite long reading lists and demanding assignments, she quickly gained respect and popularity.

Brown completed her dissertation in 1997 and soon after moved to Washington University and later to Williams College. A force to be reckoned with at each institution, she was also, as Andrea Friedman recalls, “the colleague who became your friend who became your family.”

Shortly after arriving at Williams, Brown published Upbuilding Black Durham: Gender, Class and Black Community Development in the Jim Crow South (2008). Widely praised for its beautifully rendered history of African American experiences from emancipation to the New Deal, the book won the ­prestigious Frederick Jackson Turner Prize from the Organization of American Historians. Historian Clarence Lang praised Brown’s “sumptuous” study for its “razor-sharp focus on working-class lives” as well as its “compelling analysis of how Jim Crow affected black Durhamites differently by class and gender.” Dr. Brandon Winford describes Brown as “a beautiful storyteller” who left us “with a long-lasting connection to her subjects because she made a point to tell us the names of those tobacco workers, domestics, teachers, nurses, and secretaries” who formed the core labor force in communities across the South. Finally, by exploring tensions among African Americans, Brown dispelled the notion that solidarity is “essential to effective struggle” and argued instead that conflicts often spark activist initiatives that expand movements.

Leslie Brown continued to document the multifaceted lives of black Americans. In 2010, she and Valk co-edited Living with Jim Crow: African American Women and Memories of the Segregated South, a compelling exploration of discrimination and resistance across the female life cycle. It won the Oral History Association’s Biennial Book Prize. Brown then edited African American Voices: From Emancipation to the Present. Part of a documentary series I direct with Steven Lawson, the collection built on courses she taught throughout her career. Her last book, US Women’s History: Untangling the Threads of Sisterhood, is edited with Valk and Jacqueline Castledine, and will appear in December 2016.

The power of Brown’s scholarship, teaching, and mentoring ensures that her intellectual imprint will echo through the years, as will her ready laugh. Williams College president Adam Falk declares, “She was boisterous in all the best ways, wonderfully complex, and impressively free of pretense,” while a former student, like many of us, is “grateful beyond words” for “her scholarship, her mentorship, and her laugh.”