Emily Swafford joined the AHA in September 2014. She directs several grant-funded projects, including the AHA’s Career Diversity for Historians and History Gateways initiatives. As part of staffing the AHA Teaching and Professional Divisions, she works on issues of graduate, undergraduate, and K-12 education as well as professional concerns of historians. She earned a BA in history and American studies at the University of Virginia and her PhD in 20th-century US history at the University of Chicago. She is a historian of the US military, US foreign relations, and women's and gender history.

Sarah Weicksel oversees the AHA’s research initiatives and publications program, including Perspectives on History, the booklet series, and various web-based publications such as bibliographies and teaching resources. She also organizes the work of the Research Division. She oversees the Remote Teaching Resources and the “Bibliography of Historians’ Responses to COVID-19” as part of the NEH CARES grant-funded project, “Confronting a Pandemic: Historians and COVID-19.” In addition to her work at the AHA, she is a Research Associate at the Smithsonian’s National Museum of American History. She earned a PhD in History from the University of Chicago, an MA in American Material Culture from the Winterthur Program at the University of Delaware, and a BA in History from Yale University. She is the author of several articles on material culture and the American Civil War era. A historian and museum professional, her work focuses on United States history, material culture, race, gender, and the politics of everyday life.

Melanie Peinado is a Career Diversity Fellow and researcher for the AHA. She contributes to research projects that are part of the NEH CARES grant-funded initiative, “Confronting a Pandemic: Historians and COVID-19,” while also providing support for the Career Diversity for Historians initiative. Melanie earned her BA in history and Latin American studies at California State University, Long Beach. She is currently a PhD candidate in Latin American History at the University of California, Davis where she works on the history of science and medicine and gender and sexuality in 20th-century Chile.

Laura Ansley joined the AHA as managing editor in September 2019. She worked previously at the American Society of Civil Engineers as a journals production editor and was an editorial apprentice at the Omohundro Institute of Early American History and Culture. In her free time, she volunteers as managing editor of Nursing Clio, a website focusing on histories of gender and medicine. She holds an MA in history from the College of William & Mary and a BA in history and American studies from Case Western Reserve University. 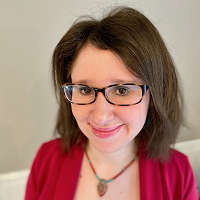 Alexandra F. Levy is the AHA’s digital communications coordinator. She manages the AHA’s website and social media platforms and other digital communications projects, and also coordinates the internship program at the AHA. She previously served as vice president at the Atomic Heritage Foundation and as a communications consultant. She holds an MA in history from the University of Virginia and a BA in history from the University of Pennsylvania. Her specialties include World War II history and nuclear history.

Liz Townsend started working at the AHA in 1991 as editorial assistant for the Directory of History Departments, Historical Organizations, and Historians. She now oversees the AHA Career Center; edits the Directory; staffs the Professional Division of the AHA Council, the Committee on Committees, and the Nominating Committee; oversees the election of AHA officers; and manages the annual meeting Registration and Job Center. She also maintains professional data in the AHA’s membership records and in the directories of doctoral programs and dissertations, helps update the website, proofreads most AHA publications, and consults on information technology issues in the office.

Erica Heinsen-Roach was a researcher for the AHA’s Remote Teaching Project, part of the NEH CARES grant-funded project, “Confronting a Pandemic: Historians and COVID-19.” Erica earned her BA and MA in History at the University of Amsterdam and completed a PhD in History at the University of Miami. For the past seven years she has taught at the University of South Florida St. Petersburg. Her research publications include a monograph on Dutch-North African diplomacy in the early modern Mediterranean and articles on the relationship between captivity, redemption, and diplomacy. Her next book project focuses on human rights and captivity in the early modern Mediterranean.

Suzanne Litrel was a researcher for the AHA’s Remote Teaching Project, part of the NEH CARES grant-funded project, “Confronting a Pandemic: Historians and COVID-19.” Suzanne earned her BA in Economics and MA in Chinese Studies from the University of Michigan. She holds permanent certification to teach secondary school social studies in New York, where she taught public high school for fourteen years. Upon her family’s relocation to Georgia, Suzanne returned to graduate school and completed a PhD in History at Georgia State University. She continues to research and write on the Portuguese reaction to the seventeenth-century Dutch challenge for Brazil.

Marketus Presswood was a researcher for the AHA’s Remote Teaching Project, part of the NEH CARES grant-funded project, “Confronting a Pandemic: Historians and COVID-19.” Marketus earned his BA in History at Morehouse College and his MA in International Public Service from DePaul University. He completed a PhD in History at the University of California-Irvine. His research focuses on the transnational history of the African Diaspora and East Asia, Pan-Africanism, Black Internationalism, African-American History and Global Jazz Studies.