The Show Must Go On for Undergraduate Research

In 1922, the Bolshoi Theatre became the literal stage on which the Soviet Union was brought into being. The delegates present for the signing of the “Treaty on the Creation of the USSR” waited for their turn to sign the document, standing where the best dancers in Russia had once performed the most famous ballets in the world. It was not a glamorous way to birth a country, to be certain. Despite having avoided closure in 1919, the Bolshoi dancers had not performed since 1917, due to Communist overhauls in the classical theater. To onlookers around the world, the art of the Bolshoi had withered to an imperial corpse. 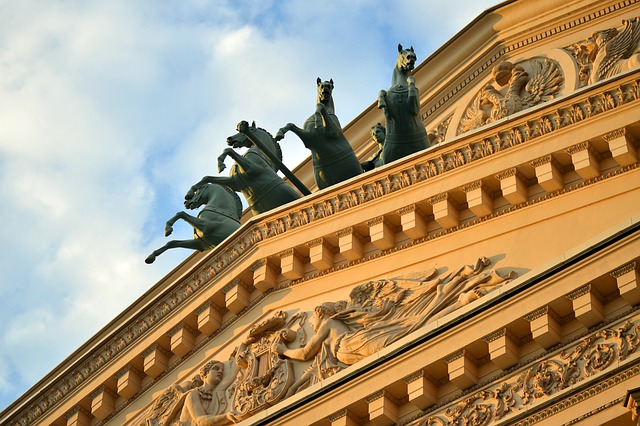 Sarah Hensler became interested in the history of the Bolshoi Ballet after watching White Nights with her father during quarantine. QK from Pixabay.

As an undergraduate student confined to my dorm room during a pandemic, my research on the Russian ballet seemed equally corpse-like. I was in my first semester of my freshman year at Indiana University, about 1,000 miles away from my hometown of Denver, Colorado, and I was exhausted. The Bolshoi Ballet had been on my mind ever since my father showed me the film White Nights during quarantine, so I chose it as the topic of my semester-long research proposal: 10 pages, in four parts, ultimately defending why my subject deserved more historical research. At least that final defense seemed simple. There is barely any English-language information available on the Bolshoi Ballet during the early Soviet Union. This under-researched topic became a focal point for how I’ve come to view and approach my college experience, in and out of quarantine. In all of that chaos, there was something deeper to this project than just course credit.

The initial learning curve of this project was very steep. The first and most immediate problem was the lack of primary and secondary sources at my disposal. The campus libraries were either closed or open with extremely limited services. The campus lockdown meant a shift to online databases rather than hard-copy materials. My Advanced Placement history courses in high school placed no emphasis on database usage, and I had no experience in digital research practices. Despite my professor’s best efforts to educate the class on these systems, a “synchronous Zoom” was not conducive to good tech support. I struggled to translate my thoughts into the kind of request a computer could handle. Over time, I came to understand what kinds of keywords are useful to a search engine, as well as the need to be flexible with dates and names, no matter how recent or obvious the record is.

Even as I improved at searching, information continued to be sparse. It turned out that tsarist, elitist culture wasn’t a popular topic in Soviet records, and there weren’t many secondary sources either. The lack of preservation of ballet records plagued me constantly. I could learn all the technology tricks in the world, but if it wasn’t digitized there was nothing I could do right now.

I could learn all the technology tricks in the world, but if it wasn’t digitized there was nothing I could do right now.

As I worked through these technical restraints, I also began to dispel the false, National Treasure–inspired glamour I had once given to historical work. My mental image of doing research was deeply flawed going into the assignment, and the virus was only one factor. My inexperience meant that I still had many basic questions about what it took to pursue research in this field. My professor spent class time addressing these points of confusion, but it wasn’t until attempting the work myself that I could even begin to process what he was teaching. I realized that research was much more multifaceted than what I assumed, but I didn’t know how many dimensions that actually involved.

After all that, I was left with two main problems. The first was trying to learn COVID-safe research practices that would still produce information about the under-documented pre–Cold War Bolshoi. The second was trying to understand my chosen field of study in an environment where I felt isolated and discouraged. The answer to both these concerns came in the form of one woman. Luckily, my maternal grandmother, Karen Stubbs, has more than 20 years of experience working in the Indiana Public Library systems. I had been exchanging letters with her consistently since moving to campus. When I told her about my project, she offered a variety of interesting ideas and resources related to the subject she thought I might enjoy. She connected me with more online databases and helped me access specific books that I couldn’t get transferred or afford to ship. Many of these resources didn’t fit the exact criteria for this proposal, but I kept them for use in potential future projects.

Luckily, my maternal grandmother, Karen Stubbs, has more than 20 years of experience working in the Indiana Public Library systems.

Studying this way actually gave me a way to grow closer to my grandma through our shared love of research. My Christmas gift from her after this was a set of three books we had discussed but I couldn’t get in print. She used her network of used booksellers to procure them for me. Hearing about (and then witnessing) the kind of work she was able to do with her career made me consider how I could bring those skills into my own research.

At the end of the semester, I compiled my research into a 10-page proposal. In it I concluded that, while primary sources are difficult to come by, the Bolshoi Ballet went through a unique process during the early stages of the Soviet Union and deserves more research. In the personal reflection, I described how meaningful the project had become to me, for both the educational value and the family connection it had fostered. “I cannot fault academics for avoiding a topic that causes so many headaches,” I wrote. “That said, I do genuinely believe that this time period was incredibly important and that the gap in information is a major loss.” The same applies to my studies in history during COVID. Research in my undergraduate degree program has certainly given me a few headaches, but to abandon it, even during the pandemic, would feel like a grave loss to my academic career.

Sarah Hensler is a rising sophomore at Indiana University Bloomington.