Today’s What We’re Reading features OutHistory.org, the winners of the Ig® Nobel Prize, the art of live tweeting, vintage crime scene photos, and much more!

$6 Million to Fund 2 Professorships in History of Medicine, Science

Purdue University’s history department received $3 million from an anonymous donor and “$3 million in discretionary funds authorized by Purdue President Mitch Daniels.” The funds will create two endowed chairs and, according to Daniels, “will help develop young scientists, engineers and health-care professionals who have a broad-based education and are prepared to make a difference in the world, while it will give liberal arts students a broad and deep foundation in the history of science and medicine.”

A new online resource/research portal that “tells stories about the queer past, about people who identify as lesbian, gay bisexual, and transgender.”

How to Preserve African-American Historic Places

Tips and case studies for historians working with communities to preserve some of our most vulnerable historic resources. 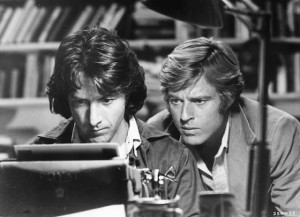 Woodward’s Notes, Typed from Memory, on His Meetings with Deep Throat

From Slate’s Vault history blog, two pages of notes from Washington Post reporter Bob Woodward from January 24, 1973. The notes give further insight into Woodward and W. Mark Felt’s relationship as reporter and informant.

US National Library of Medicine Launches “Surviving and Thriving: AIDS, Politics, and Culture”

A new traveling banner exhibition explores the rise of AIDS in the early 1980s, and “the evolving response to the epidemic over the last 30 years.”

Winners of the Ig® Nobel Prize

This year’s 2013 ceremony for the winners of the second most prestigious prize in the world included a Win-a-Date-with-a-Nobel-Laureate contest and an electric harp performance by a curator at the Burnt Food Museum, among many other surprising events.

A Room of Our Own

Rebecca Morgan Frank, via the Chronicle, reveals how an office space offers a unique connection between a student and professor, offering a shared space for mentorship and intellectual discovery. She pointedly argues that while full-time faculty enjoy the privileges of all the pedagogical benefits of a physical space, contingent faculty are deprived of this often-overlooked necessity. 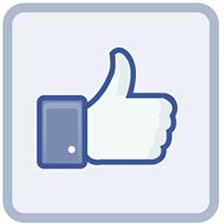 A federal appeals court recently rules your Facebook “likes” are protected under the Constitution.

The Art of Live Tweeting

Via DH Now, Christopher Long weighs in on the controversies over academic live tweeting.

A look at how Twitter users (only around 200,000 users at the time of Lehman’s crash) reacted to the 2008 financial crisis.

Employers and Public Favor Graduates Who Can Communicate, Survey Finds

The Chronicle reports on a survey released by Northeastern University that shows strong support for the idea that “Being well-rounded with a range of abilities is more important than having industry expertise because job-specific skills can be learned at work.”