Today’s What We’re Reading features a history of British socks, a white paper on ePortfolios, history infused Roller Derby, and much more!

The Netherlands Bach Society is performing all 1,080 of Johann Sebastian Bach’s works and posting them online. Six performances posted, 1,074 to go.

The Library of Congress features photographs of the Manzanar Relocation Center taken by Ansel Adams. 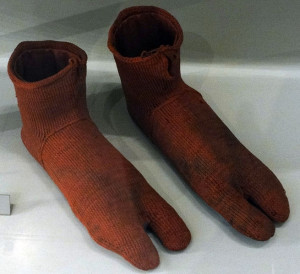 A Brief History of British Socks

A well-illustrated post on the history of socks and stockings that places it in the context of gendered labor and industrialization.

The UAE in Early Islamic History

A video recording of a lecture by Timothy Power on the history of the United Arab Emirates during the Abbasid caliphate.

The Chronicle of Higher Education reports on Book Traces, a crowdsourced project to collect marginalia from books published from 1800 to 1923.

Chapman ePortfolios: An Electronic Platform for Tenure and Promotion Dossiers

A white paper posted on Google Docs about a project at Chapman University to develop a dossier platform to allow evaluation of digital scholarship.

Watch Out, MBAs! PhDs Are After Your Jobs

Bloomberg Businessweek sounds the alarm, but “Schools and recruiters [have] downplayed the threat PhDs represent to the ambitions of MBA grads.”

“Quantum Entanglement” explains why time only moves in one direction.

The Legendary Manual That Dictates Every Detail of the NYC Subway

If you don’t get lost underground while attending the AHA annual meeting in New York this winter, the New York City Transit Authority’s Graphics Standards Manual from 1970 is why. Says one of the designers who found a surviving copy in a basement, “For graphic designers, this is like stumbling on a first edition Gutenberg Bible.”