Today’s What We’re Reading features a history of football, an update on the Belfast Project, context and reaction to the MLA doctoral study report, and much more! 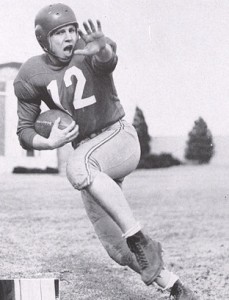 From Violent Peasants to Multi-Million Pound Megastars: The History of Football

The Greeks called it phaininda, the Romans herpastum. The British call it football, the Americans call it soccer. University of London’s Ariel Hessayon writes about its evolution

A local history essay by Hilary K. Perez, archivist at the North Carolina Railroad Company, illustrates how resources from the Digital Public Library of America (DPLA) can support and enhance historical research.

Historian Catherine Corless researched the mass graves of children born out of wedlock in Ireland between 1925 and 1961. The remains of 796 were found in one such mass grave, but there are others. There are questions about the truth of this situation, published in both Forbes and the New York Times.

Oral History: Where Next After the Belfast Project?

Times Higher Education has an in-depth article on risk and the future of oral history in the wake of the Belfast Project.

Doel: The Ghost Town That’s a Paradise for Graffiti Artists

A 700-year-old Belgian village that was abandoned decades ago now attracts activists and artists.

The MLA recently released its highly anticipated report on doctoral study, which details, among other things, the need to validate career diversity in the profession, and reconsider the median time-to-degree.

What People Are Saying about That MLA Report on the PhD

The Chronicle‘s Vitae summarizes the blog and social media reaction to the MLA report.

The AHA got a nice mention in a piece in the Chronicle of Higher Education on the new MLA report on the future of PhD programs in literature and languages.