Today’s What We’re Reading features questions about the value of big data for history, New York City’s lack of a birthday party, historical depictions in an Egyptian soap opera, and much more!

Computers in the classroom 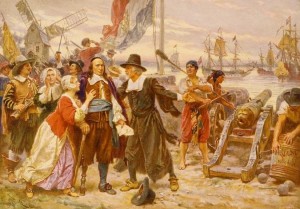 In a growing number of school districts, education officials are declining to purchase new social studies textbooks and instead are encouraging teachers to find alternatives.

Historian Michelle Moravec commemorates the ratification of the 19th Amendment with a post on using Pinterest in the classroom to teach about activism and women’s rights.

BBC Technology correspondent Rory Cellan-Jones has a skeptical take on claims about using big data about historical events to predict the future.

Don’t take it personally if you have not been invited to the 350th birthday party–none is scheduled in the city. The reasons behind New Yorkers’ nearly unanimous indifference to this anniversary are, well, historical…

Lighthearted tweet on the 200th anniversary of the burning of government buildings in Washington by British forces lands the British Embassy in hot water.

Surveys of top colleges found virtually no change from the 1990s to 2012 in elite college enrollment of students who are less well off despite a huge increase in the number of such students going to college.

How Can Teachers Talk to Their Students about Ferguson?

Marcia Chatelain (Georgetown Univ.) argues on St. Louis Public Radio that a historian’s perspective can help us think about Ferguson, Missouri, and shows that a history educator can contribute to a conversation on talking to children about events there.

A New York Times review of Goldstein’s book on the history of education.

Being Nehru for 2 Days

In the first of a three-part series, a professor looks at the use of simulation games in the classroom.

In the TV Queen’s Court