In recent years, history has been front and center in the public consciousness. During the Trump administration, debates over how we interpret US history made headlines, from his proposed “Garden of Heroes,” to the backlash against the New York Times Magazine’s 1619 Project in the form of the now mothballed 1776 Commission, and frequent battles, some violent, over Confederate monuments. 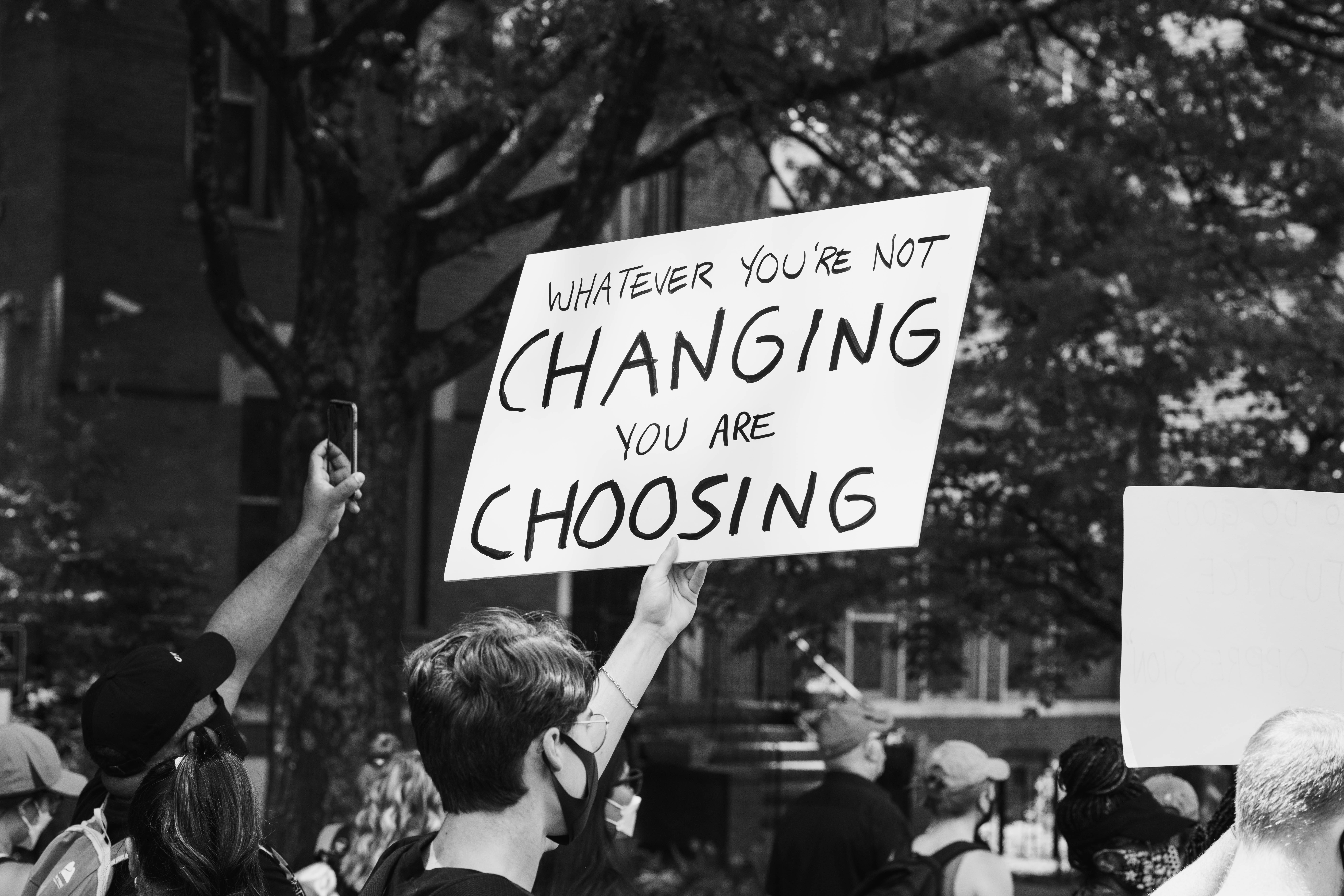 Efforts to restrict the teaching of so-called “divisive concepts” are a response to debates that flared last summer about the role of race and identity in history. Corey Young/Unsplash

Yet historians can still be disheartened to see our discipline is at the center of 2021’s newest culture war. As of July, Education Week reports that, in the first half of 2021, over half of US states have debated or passed legislation that limits how teachers can discuss racism and sexism in public school classrooms. From local school board meetings to state legislatures to the US Capitol, Americans are fired up about what should, and shouldn’t, be taught to children about the past.

These bills have focused on what have become known as “divisive concepts,” including critical race theory (CRT) and the 1619 Project. In Alabama, a bill has been prefiled for the next legislative session to ban “teaching certain concepts regarding race or sex, such as critical race theory.” In Florida, the state board of education has prohibited the teaching of critical race theory and the 1619 Project. In Maine, a bill was introduced in February to prohibit public school teachers from “engaging in political, ideological or religious advocacy in the classroom.” A bill in Michigan adds “anti-American and racist theories” to CRT and 1619. As the AHA’s James Grossman and Jeremy C. Young wrote for the Hill, much of the legislation is based on language posted online by the group Citizens for Renewing America, alongside a tool kit for “Combatting Critical Race Theory in Your Community.”

The speed and success of these efforts have been remarkable, and even those with legislative expertise are having trouble keeping up with developments. The National Coalition for History (NCH) is a consortium of over 50 organizations, including the AHA, that advocates on legislative and regulatory issues relating to the history discipline. Executive director Lee White describes this summer’s constant state legislative developments as like “drinking from a fire hose.” It seems every day saw a new op-ed in the New York Times, the Washington Post, or other national media outlets.

In Texas, this conflict feels familiar. In the last five years, partisan fights have flared over the contents of history textbooks and the state’s social studies standards, as Perspectives reported in 2016 and 2019. These earlier disputes prepared Texas history advocates well for the 2021 debates. Trinidad Gonzales (South Texas Coll.) spoke with Perspectives about the situation there. As he says, “The culture wars—they’re back!”

The rapid and expansive nature of the debate in Texas is representative of what’s happening nationwide. Gonzales argues that the newest legislation, Texas House Bill 3979 (HB 3979), is both reflective of national trends and a response to these localized battles. The bill, filed in March and signed by Governor Greg Abbott in June, prohibits teachers, among other things, from “[requiring] or mak[ing] part of a course the concept that (i) one race or sex is inherently superior to another race or sex” or that “(ii) an individual, by virtue of the individual’s race or sex, is inherently racist, sexist, or oppressive, whether consciously or unconsciously.” In an obvious reference to the 1619 Project, instructors cannot teach that “the advent of slavery in the territory that is now the United States constituted the true founding of the United States.”

The rapid and expansive nature of the debate in Texas is representative of what’s happening nationwide.

As Gonzales told Perspectives, “This is a clear response to successes related to ethnic studies in the state of Texas.” Successful lobbying by advocates for Mexican American studies courses in Texas high schools has led to further ethnic studies electives. “Now they are developing African American, Native American, Asian American studies at the high school level. The legislature is hoping to upend what the state board of education has done and reverse those gains,” he says. But even with such experiences in Texas, Gonzales says HB 3979 came as a surprise. “We were blindsided by this, honestly . . . and it seemed to move pretty fast across other states.”

The AHA has issued two advocacy documents specifically regarding HB 3979. In May, president Jacqueline Jones and executive director James Grossman co-authored a letter sent to members of the Texas senate and Lieutenant Governor Dan Patrick, objecting to the bill as “gross government overreach into the curricular matters of K–12 public schools.” The law, if enacted, would prohibit teachers from fulfilling curricular requirements of Advanced Placement and dual-enrollment US history courses offered at the high school level. In July, after Abbott signed the bill into law, the AHA issued a statement expressing alarm over how this bill would affect state history institutions that engage with the public. “By hindering the professional development of public historians and restricting funding,” the statement says, “this law would prevent state-owned agencies and facilities from presenting accurate views of Texas history, and would hobble fundraising efforts crucial to the vibrant state-sponsored public-history sector.” As of August 9, 28 organizations have signed on to the statement.

Individual historians, too, can play an important role in these advocacy issues. Gonzales, who has been involved with Texas state-level education advocacy for nearly a decade, argues that historians bring three important levels of expertise to these arenas: content knowledge, experience in the teaching of history, and their own scholarship on these topics. The content knowledge is an obvious plus, as historians can talk about the topics under debate and point out factual errors. As the professionals standing in front of a history classroom, teachers at both the K–12 and higher education levels are essential to the process. They can describe the nuts and bolts of what goes on in the classroom when both teachers and students engage with sensitive topics. As practitioners and researchers, historians help state legislators by producing fact sheets and other information that can be used to educate the public and other legislators. For example, Democratic legislators had questions about slavery in Texas leading up to the War of Texas Secession. Gonzales and other historians were able to provide some background, preparing the legislators with important knowledge for their tool kit during debates on the floor.

With K–12 education the primary focus of much of this legislation, Perspectives also spoke with the National Council for the Social Studies (NCSS) about how these debates are affecting history teachers and their academic freedom. NCSS is focusing its efforts on reminding Americans that teaching complex topics is what an educator does. As NCSS executive director Lawrence Paska said, topics like the history of US slavery are not new to classrooms. As historians and history teachers, “we’re not indoctrinating kids into hating their country by talking about slavery. It’s an institution that was here, part of our fabric as a nation.” And in fact, teachers find that students embrace discussing such difficult topics. “Kids love that. They want to hear they’re in a place where they can make a difference, that there are problems they can help solve,” Paska says.

NCSS president Anton Schulzki, who teaches high school history in Colorado, thinks that one of the major problems is that legislators are focusing on the history they learned in their youth as the correct way to learn history. With 37 years in the classroom, Schulzki has seen the ways that social studies curricula have broadened to include new stories and new perspectives on US history. In fact, he says that the students themselves want these expanded histories. “More and more students want to hear stories about themselves and the people who look like them.” Using both primary and secondary sources, teachers are bringing these stories to the classroom, giving them to students, and asking them to draw their own conclusions from both historical and 21st-century perspectives. While this approach may be different from what legislators were taught decades ago in their own K–12 education, it’s neither indoctrination nor malpractice. It’s how the discipline of history has evolved.

NCSS has primarily been focusing on the ways it can support educators adapting to changing requirements. With many of these debates playing out over summer vacations, teachers are unsure about how new policies will affect what they can teach this fall. NCSS is working on resources for teachers. From webinars to resource sharing, as Paska says, “We’re fighting for just good social studies in every K–12 grade every day, and ensuring there’s a space for educators to collaborate and grow together, and for kids to get strong opportunities for powerful civic learning.”

Like NCSS, NCH is working on how to provide information to those who need it. White sees the coalition’s role as a “clearinghouse of information” and is working to compile information about the status of these bills in various states, the op-eds from the media, statements put out by historical and other relevant organizations, and more. Such work is a critical step in supporting advocates for fact-based history education at the local and state levels.

NCH and NCSS are just two of the 147 organizations that have signed on to a joint statement, written by the American Association of University Professors, the American Historical Association, the Association of American Colleges & Universities, and PEN America in June, that registered “firm opposition” to these bills. As the statement explains, “Knowledge of the past exists to serve the needs of the living. In the current context, this includes an honest reckoning with all aspects of that past.” We can only hope that American students continue to encounter such honest reckonings in their classrooms this fall.