In Today’s What We’re Reading we feature readings (and video) related to the 150th anniversary of the Gettysburg Address, a look at how some past presidents may have fared in today’s social media environment, a discussion of adjuncts as teachers, and much more!

Honoring the 150th Anniversary of the Gettysburg Address

Ken Burns has launched a national effort to encourage everyone in America to video record themselves reading (or reciting) the speech. Thus far he has gotten a number of notable actors, politicians, comedians, and historians (including former AHA President Eric Foner) to contribute a video.

Eric Foner on the context of the Gettysburg Address.

The Harrisburg Patriot & Union retracts its assessment of the speech as a set of “silly remarks” that should receive a “veil of oblivion.” (Read more of the paper’s disparaging remarks about Lincoln in the AHA’s collection of editorials leading up to the Civil War.)

Most Used Words in the Gettysburg Address

Meanwhile, the Onion’s big data team mines the text of the Gettysburg Address, finding long-hidden themes and patterns in a stunning and revealing word cloud.

What Are the Best Ways to Learn About History

Nancy R. Newhouse writes for the New York Times about a trip to France, and visiting historic sites.

American Panopticon: How a Small Town Foreshadowed the Surveillance State

Ariel Ron for the Appendix reveals how Lowville, New York, created a juvenile academy building that predated the surveillance state.

A New Life for an Old Slave Jail

A ghost story about a slave-holding building in Virginia.

A new biography sheds light on the little known Sioux warrior Red Cloud and his two-year war against settlers and the United States.

Jeremy Bangs offers an interesting look at the Pilgrims’ flight from persecution. 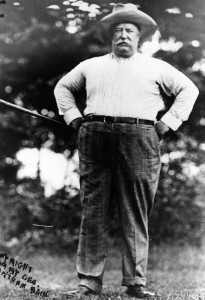 With Social Media Scrutiny, Could Past Presidents Get Elected Today?

A look how some past presidents’ quirky (or bad) behavior could have been used against them in today’s age of social media and 24-hour news channels.

Digital Workflows for the Archives

ProfHacker brings order to the chaos. For more tips and tools for creating a rational workflow, from the capture of a digital image to analysis to writing, see our digital image forum in the October 2012 Perspectives on History.

Chris McNickle, trained historian, discusses his career as a global head of institutional business and historian of urban politics.

An interesting discussion in the Sunday Dialogue section of the New York Times on adjuncts as teachers.