Winners Chosen for Nat Fuller Dinner Essay Contest
Scholar David Shields, Chef Kevin Mitchell, and others are re-creating a historic April 1865 feast put on in Charleston by Nat Fuller, a former slave and the city’s leading caterer. The feast brought together black and white residents in the days after Union victory in the American Civil War. A number of Charleston residents secured seats at this year’s banquet by winning a newspaper essay contest.

Why Do So Few Blacks Study the Civil War? and Benjamin Drummond Emancipation Day Celebration

For the upcoming first annual Benjamin Drummond Emancipation Day celebration in DC (April 16), this article discusses the reasons African Americans are left out of Civil War history due to the legacy of the Lost Cause narrative. The Benjamin Drummond celebration takes up Coates’s charge for African Americans to produce Civil War history and remembrance by “bring[ing] together a diverse group of prominent scholars, artists, and public figures for programming that will have broad public appeal and engage attendees in a deeper understanding of the African American experience during the Civil War.”

A pair of articles in which scholars examine the United States’s troubled racial past. 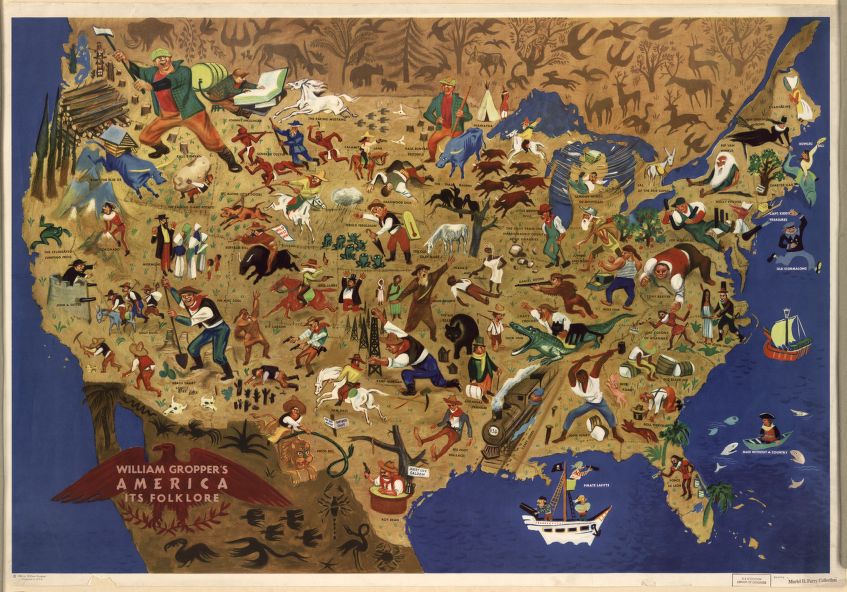 All of America’s Folk Heroes, in One Map
One mid-century rendering of America’s folk heroes of fact and fiction.

The Journey of The Camouflage Tree
One of the more curious artifacts from WWI, the camouflage tree provided a unique vantage point of the war.