Tuning, Teaching and Learning at the 2015 AHA Annual Meeting 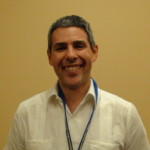 John Bezís-Selfa teaches the history of the Americas at Wheaton College in Norton, Massachusetts and serves on the leadership core of the AHA’s Tuning Project. He is author of Forging America: Ironworkers, Adventurers, and the Industrious Revolution, and co-author of American Horizons: US History in a Global Context.

Over 5,000 historians flocked to midtown Manhattan for the AHA’s 2015 annual meeting. Many of the earliest to arrive came to sustain or to join the Tuning Project. Long before the Registration Desk opened, well over 100 members, most of them new to Tuning, gathered early in the morning on January 2 to participate in a half-day undergraduate teaching workshop. Together they represented over 60 institutions, 26 of which sent two or three historians to the workshop. Following a welcome and some brief remarks by Anne Hyde (Colorado College and Faculty Chair of the Tuning Project), Daniel McInerney (Utah State University) delivered an engaging presentation on Tuning’s purpose, ethos, and goals. Four colleagues who participated in the first round of Tuning—David Trowbridge (Marshall University), Sarah Shurts (Bergen County Community College), Reginald Ellis (Florida A&M University) and Brandon Morgan (Central New Mexico Community College)—then spoke briefly about their experiences with Tuning on their respective campuses. You may watch their presentations in the video below or on the AHA’s YouTube channel.

The rest of the workshop consisted mainly of two breakout sessions, each led by a teacher-scholar who participated in the first round of Tuning, as I did. The first small-group session invited each group to choose a “Core Competency” from the Tuning Project’s History Discipline Core and determine how they might implement it at a hypothetical institution. The group that I led chose Core Competency 2: “Practice historical empathy” and then brainstormed how we might put this idea into practice and how we might assess whether students had achieved it at a small Catholic university. The second set of breakouts encouraged those new to Tuning to identify and air particular challenges that they expected to face upon returning to campus, to target areas where they might fruitfully focus their initial efforts, and to share ideas. By 1:00 PM, the scheduled end of the workshop, nearly everyone seemed energized by the exchange of ideas with their colleagues.

One measure of the energy and level of commitment at this workshop was the presence of so many Tuning participants at annual meeting sessions devoted to teaching and learning. These included “Whither the History Major,” at which Hyde, David Kinkela (SUNY, Fredonia and Tuner since 2012), and Caleb McDaniel (Rice University) presented to an audience of over sixty on the challenges they and their departments have faced, among them declining enrollments, fewer history majors, and administrators enamored of STEM and rather less enamored of disciplines like history. Attendees learned that Hyde, Kinkela, McDaniel and their colleagues have been addressing these challenges by reaching out to alumni to discover what they found most valuable from their undergraduate history education. They have used these findings to revise curricula and learning goals, as well as inform conversations with prospective majors and their families. These scholars have forged much closer relationships with colleagues in career development offices and nearby institutions that offer internships. Many of them have also begun engaging students in creating digital history projects, the latter a way of bringing, to paraphrase McDaniel, the history major into the Digital Age.  You can read his remarks on his blog.

While this session may have been among the best attended of those devoted to teaching and learning, it was by no means the only one that attracted a sizable audience. Devoted attendees turned out at 8:30 Monday morning for “History and the Other Disciplines in the Classroom,” a session that took a teaching perspective on this year’s overall theme. Linda Salvucci (Trinity University) chaired, while Shurts, Nancy Quam-Wickham (CSU Long Beach), and I presented on how we connect our discipline to others via general education requirements or interdisciplinary programs. One highlight, apart from our panel’s thrill that we did not end up speaking to a roomful of empty seats as we had feared, was the colleague in the audience who commented on how valuable she had found the entire conference. She explained that she had been able to attend the meeting because of sessions like ours—a dean had financed her trip precisely because the Program Committee had allocated so much time and space to teaching and learning.

For me, these were four exhausting but energizing days. I left with a few concerns, chief among them how best to sustain the Tuning Project now that the Lumina Foundation grant that launched it is about to expire, and how to ensure that Tuning remains student-centered in letter and spirit. But those were dwarfed by a deep sense of appreciation for having had the privilege of working with and alongside so many peers committed to communicating the value of historical perspective to as many people as possible. I look forward to Atlanta in 2016.