Today’s What We’re Reading features American Museum of Natural History Collections, ideas of beauty over time, endonyms, and much, much more!

To Infinity and Beyond!
NASA’s Orion “Mars Ship” Set for Test Flight
While the Thursday morning launch was scrubbed because of a valve issue, the next launch window is Friday morning at just past 7 am EST. This BBC mission profile will get you all caught up on the Orion capsule, as NASA finally draws near to the completion of its newest launch system, one that will be more similar to the Apollo program from the 1960s rather than the Space Shuttles.

Linguistics
These Fascinating Maps Show Countries as Named in Their Own Languages
A map that labels every country with the proper endonym, a country’s own name for itself.

Languages Are Dying
About half of the world’s languages will become history by the end of the century, predicts UNESCO, and with the languages the history of the people who spoke them will be lost as well. 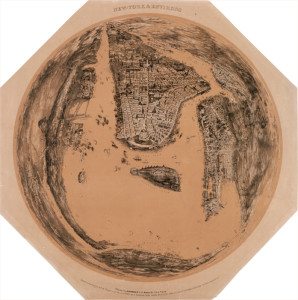 Shelf Life – Episode One: 33 Million Things
Stuff, Things, Samples, or Artifacts. No matter how you phrase it, the American Museum of Natural History has some gigantic collections!

Fun and Offbeat
Sibling Rivalry, a History
With all the familial togetherness of the approaching holidays The Atlantic’s piece on family jealousy might provide some useful insights.