An Americanist in Meknès: Applying Historical Training and Skills to Diverse Careers

By Darren A. Raspa

At its finest the news media connects us with human stories and events. As historians, it is these records of humanity from the past that drive us and link us to the people, events, and processes we have the privilege of dedicating our lives to. As a contributing historical editor for Morocco World News last summer, I had the immense opportunity to both participate in the writing of history as it unfolds today, and utilize the tools we have developed as trained historians. My experiences demonstrate the wide applicability of our craft to a variety of fields, such as journalism, outside the academy. 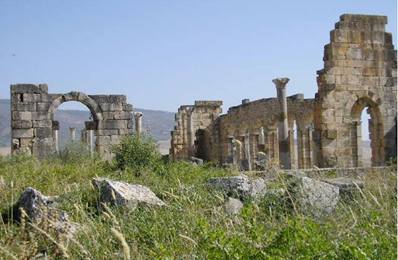 The Roman ruins of Volubilis near Moulay Idriss. A portion of the Capitoline temple can be seen at left. Photograph courtesy of author.

Many of my colleagues and friends who’ve recently graduated with PhDs have been successful in their pursuit of jobs in the academy; many more have been successful in creatively scoring jobs as historians for nonacademic institutions. Cognizant of this trend, the AHA’s Career Diversity for Historians initiative is working with graduate programs in history to better prepare doctoral students for an array of career opportunities beyond the professoriate. My home institute, University of New Mexico, is one of four universities awarded a Career Diversity grant to explore the applicability of our historical training to jobs outside the academy.

By training I am a historian of law enforcement, race, and ethnicity in the North American West. However, I decided to focus my search internationally and in the summer of 2015 I found myself working as a contributing historical editor for an online Moroccan news agency.

“Why Morocco?” one might ask. I had the opportunity to study at Al Akhawayn University in Ifrane while obtaining my undergraduate degree and was immediately spellbound by the country. Additionally, Morocco is intrinsically important to my own field of American history as it is the first sovereign government to formally recognize the United States in 1777, home to the oldest American diplomatic property in existence, and the only National Historic Landmark on foreign soil: the Tangier American Legation, a gift to the United States from the Sultan Moulay Slimane in 1822. Thus, when the opportunity arose to work for a Moroccan news agency through the AHA Career Diversity initiative, I jumped at it.

My daily experience as an editor at Morocco World News consisted of receiving several articles, many of which had been translated from French or Arabic using Google Translate into English. As such, the coherence and sentence readability was often a challenge from the start. However, I found that my historical training in analyzing often difficult-to-read sources from over a century in the past came in handy while trying to make sense of the sometimes confusing manuscripts.

My training in conducting objective source analysis also turned out to be useful while editing some of the more controversial articles. Morocco has been ruled by many conquerors over the centuries, and most famously by the Romans. The Western Sahara conflict, or Polisario Front for independence, is a years-long conflict between the Sahrawi people of the Sahara and the government of Morocco that remains a hot-button issue, and was the subject of a great many articles and editorials I edited during my time with the news agency. Although I may not have personally agreed with much of what was written about this issue in the pieces I was editing, I also knew that I must stay true to my sources, the opinions of the writers, and the readership of the news website. This process of negotiating the depiction of a historical issue developing even now was perhaps the most difficult part of my time with the agency.

I have long seen the value of bringing history to the largest possible audience and in including those outside the academy. My participation in the AHA Career Diversity for Historians initiative reinforced this. Disseminating knowledge may be accomplished in the university classroom, in the thematic and regional journals essential to our field, and in scholarly monographs that move the field forward; however, participating only in the “academic side” of history does not necessarily always reach the most people. As a contributing historical editor for Morocco World News I had the ability to instantly reach the thousands of people who read the newspaper daily. This direct and immediate impact and application of my historical skillset was indeed rewarding, and reinforced a belief I had long suspected to be true—one does not necessarily need to be employed as a tenure-track professor at a university in order to have a direct and tangible impact in society. 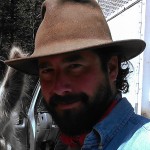 Darren Raspa is a writer, editor, and doctoral candidate in law enforcement history at the University of New Mexico. Originally from Los Angeles, Darren has traveled extensively throughout the West and Morocco while completing his doctoral dissertation on the transnational roots of community policing and popular justice in North America.