This week’s What We’re Reading contains Italian toilets, a medieval Yoda, tote bags, and much, much more.

Cuba to Be Removed from US List of Nations That Sponsor Terrorism
Cuba has been on the list since March 1, 1982, 33 years total. Recent diplomatic inroads have led to more normal relations, which includes Cuba’s removal from the list pending a 45-day review period.

A History of Hat Throwing
With the first batch of candidates making their announcements, The Economist reveals how they stack up against former election cycles of announcements.

Preserving the Ghastly Inventory of Auschwitz
The aim of the foundation maintaining the site of the concentration camp is “to preserve authenticity.” It is a moral stance with specific curatorial challenges. 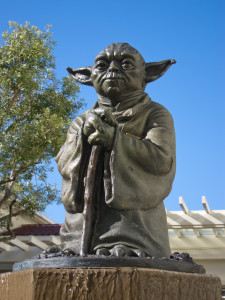 Centuries of Italian History Are Unearthed in Quest to Fix Toilet
As he tried to find a sewage pipe, Luciano Faggiano dug his way past a Messapian tomb, a Roman granary, a Franciscan chapel, and even etchings from the Knights Templar.

Is “Pretending” to Be Muslim an Appropriate History Assignment?
A history teacher gave her students a writing assignment: watch documentaries and imagine what it would be like to be a Muslim in the US today. The exercise angered conservatives in Wisconsin, especially radio show host Vicki McKenna.

Was Yoda a Medieval Monk? It Takes a Museum Curator to Tell You
On how the insular position of curator became more of a public position, and why medieval art is so interesting.

How NPR Tote Bags Became a Thing
The history of the tote bag, as told by the Atlantic.