Today’s What We’re Reading features the anniversary of a historic concert, a history of urban squirrels, an illustrated guide to the PhD, NASA’s love affair with bacon, and much more! 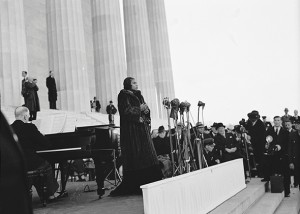 Denied a Stage, She Sang for a Nation

Apparently it was raw sewage!

An Oral History of the Green Mill

The Chicago Reader looks at the history of a Chicago establishment that survived Prohibition, murder attempts backstage, and decades of neglect.

Stop Comparing the NSA to 1984 (and Start Comparing It to Philip K. Dick)

Noah Berlatsky in the Atlantic on the PEN study which found that journalists use just one literary analogy for their stories on surveillance—the wrong one, according to Berlatsky.

The Smithsonian continues its series of short bios of women scientists from its archives. This week features Florence Barbara Seibert, who developed the skin test for tuberculosis.

The Franklin School will be reused as a museum, the home of the Institute for Contemporary Expression.

The National Women’s History Museum Is Swamped in Controversy, Without Even Existing

The National Journal discusses the recent controversy brewing between historians and museum organizers over the role of historians in the creation of the museum. The AHA has published a letter expressing concern, which you can read more about here.

The Geography of Small Talk, Questions That Are Asked across America upon Meeting a Stranger

The Atlantic explores regional differences in small talk. Opening questions range from “What’s your story?” to “Who your mama?” to “Where do you go to church?”

Elissa Shevinsky in the New York Times Magazine: “For years, all I wanted to do was work and code and make software. That’s why I didn’t care about feminism. I just wanted to build stuff.” A recent controversy over a misogynist app convinced her “that was no longer a viable option. We had to address our culture, because something was really not working.”

The Art of the Dissertation

The Society for the History of Technology is sponsoring its first ever three-minute-video contest for PhD students and recent graduates whose dissertations touch on the history of technology.

The Illustrated Guide to a PhD

University of Utah professor Matt Might illustrates the intellectual impact of a PhD. 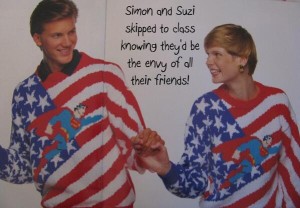 Bacon Was the First Thing Ever Eaten on the Moon

Food historians take note: “It turns out that, like any good U.S. organization, NASA has somewhat of a love affair with bacon.”